The Mayors’ Council that oversees TransLink has proposed a $7.5 billion regional transportation infrastructure expansion plan that will include expanded transit service and new bridges.

The plan was drafted over the last four months after BC Minister of Transportation Todd Stone announced that the Mayors’ Council would be given more authority over TransLink’s long-term planning.

As part of the lead-up to the upcoming referendum on funding for transit expansion, Stone also requested that the Mayors’ Council compile a single vision for Metro Vancouver’s regional transit system no later than the end of June 2014.

The plan tabled earlier today during a press conference consists of a new $2.1-billion light rail transit network in Surrey, a four-lane $1-billion replacement of the Pattullo Bridge, 11 new B-Line routes, 400 new buses to increase service by 25 per cent, and an 80 per cent increase in night bus services.

There will also be an $2-billion, 5.1-kilometre underground extension of the SkyTrain Millennium Line using tunnel boring methods, with the first phase consisting of six stations beginning from the existing VCC-Clark Station and ending at Arbutus Street via Broadway. A second future phase will complete the line’s route to UBC.

The SkyTrain Expo and Canada Lines as well as the West Coast Express will receive capacity upgrades. SeaBus service will also be increased by 50 per cent, increasing regular frequency to every 10 minutes.

“Moving forward with this plan after years of input is great news for Vancouver and our whole region. This 10-year plan clearly outlines the priorities for new transit investment that will cut congestion, grow our economy and expand transportation choices,” said Mayor Gregor Robertson.

“We need to prepare for more than one million more people moving into Metro Vancouver in the next 30 years. This plan addresses today’s challenges and lays the groundwork for the strong transportation network that we need to meet that new demand. We simply cannot afford to go backward with reduced transit service and crippling gridlock.”

A toll will be placed on the Pattullo Bridge to cover its construction costs over time, and over the long term regional mobility tolling on major bridges and roads could be introduced as a means of funding transit while also reducing traffic congestion. 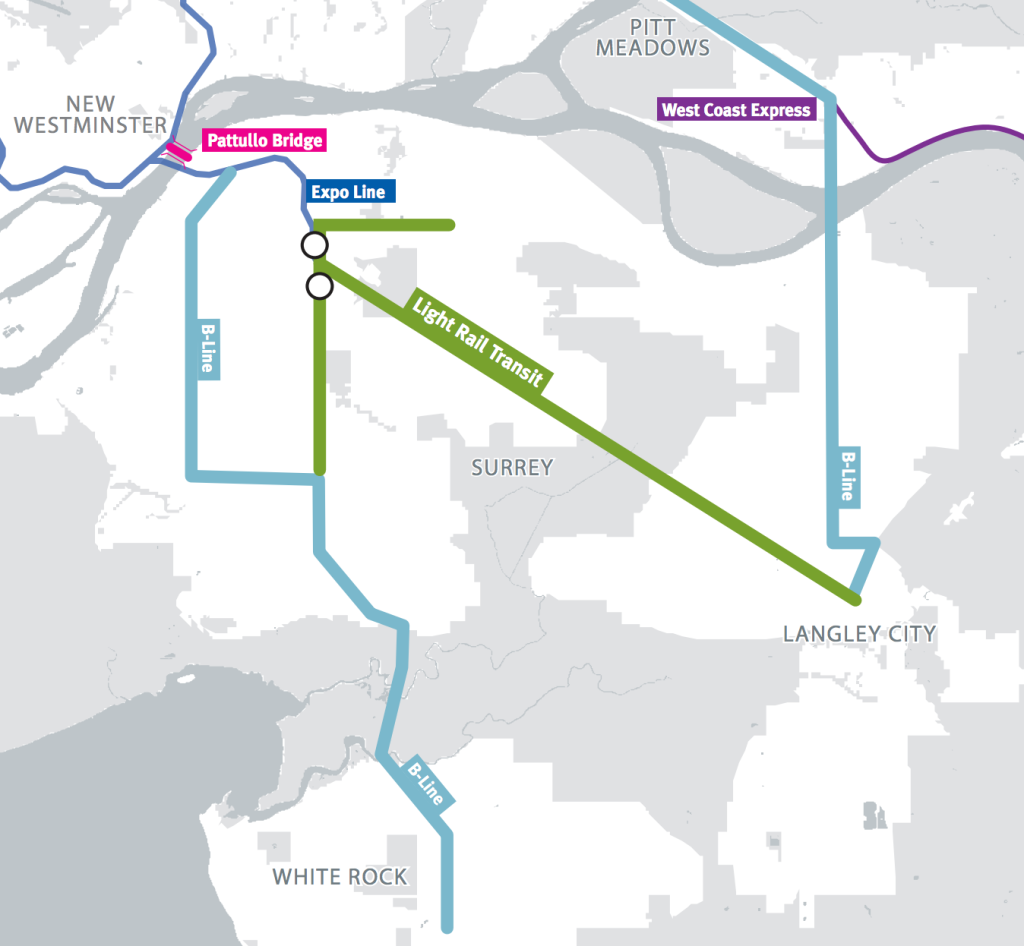