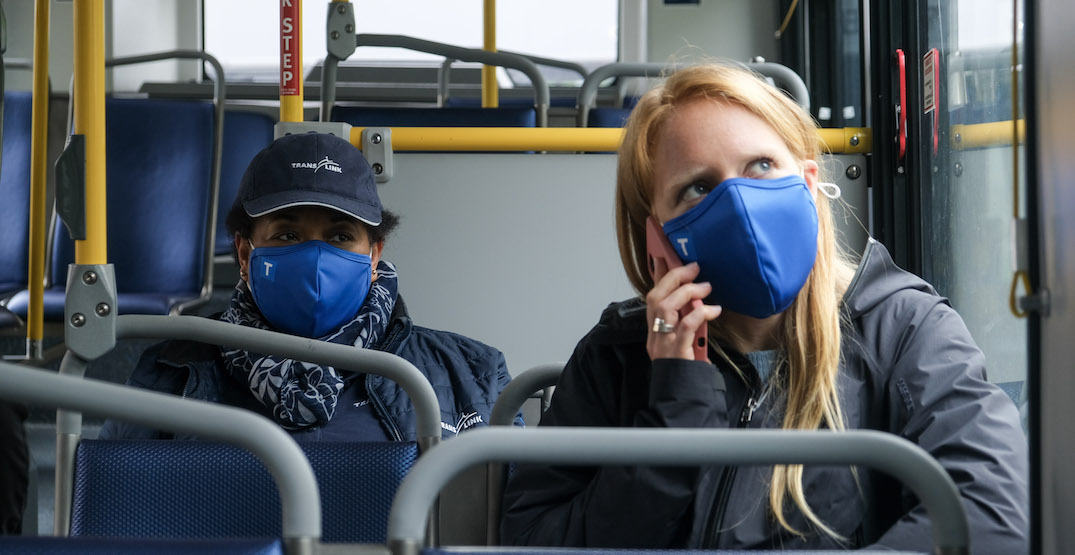 After BC’s Provincial Health Officer Dr. Bonnie Henry said recently that “absolutely everybody” should wear a mask while using transit and later suggested TransLink implement a mandatory mask policy, the transportation authority announced on Thursday it is doing just that.

Beginning Monday, August 24, TransLink will require customers to wear masks or face coverings while on board transit vehicles.

The decision to implement the new policy was made because “physical distancing is not always going to be possible on transit, particularly once more riders return to the system,” said TransLink CEO Kevin Desmond.

As part of its decision, TransLink also noted that customers who are unable to wear face coverings “due to an underlying medical condition or disability” will be exempt from this policy and won’t be asked to wear a mask or face covering.

These customers, said TransLink, “will have the option to request a TransLink branded card which notes they are exempt from wearing a face covering.” The cards will be made available at Compass Customer Service Centres at Stadium-Chinatown and Waterfront Stations.

When it comes to enforcement of the new policy, TransLink said that although Transit Police will be able to enforce a rule or signage requiring face coverings on transit, “the initial focus of this policy will be on awareness and education.”