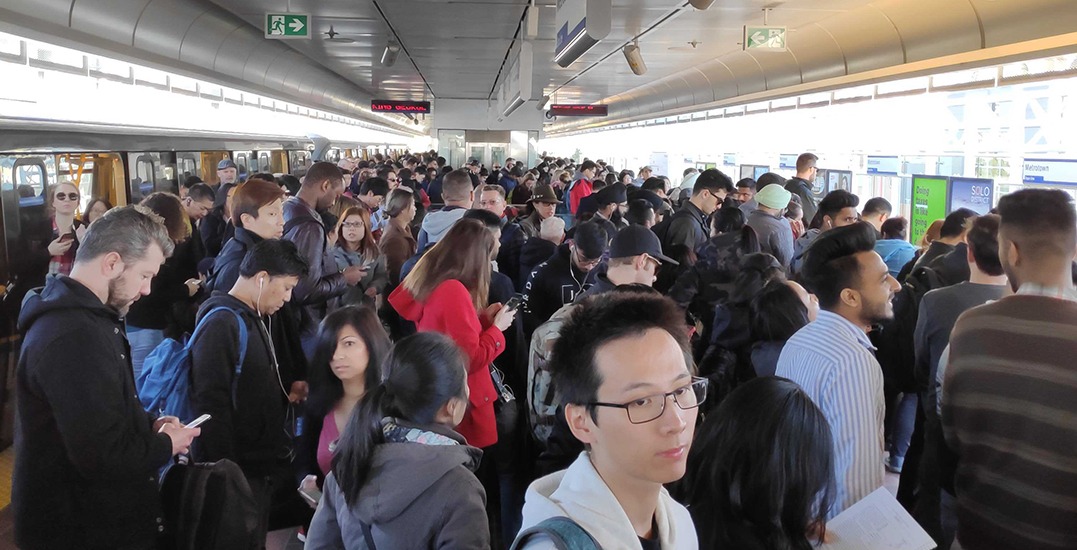 Public transit has been nothing short of challenging today.

Earlier this morning, TransLink reported a technical issue causing delays on the Canada Line, impacting service between Bridgeport to YVR and Richmond-Brighouse.

Shortly after, the transit service announced that a medical emergency would be causing disruptions at the Expo Line’s Joyce-Collingwood SkyTrain Station.

Service disruptions are expected for at least two hours and although bus bridges are being set up, social media users are reporting massive delays and crowding on platforms.

Here’s a look at what public transit looks like in Vancouver this morning.

I can’t get over Vancouverites not taking off their backpacks, and not making space for people during rush hours. @TransLink put more ads that shame this kind of behaviour- we need more people to take this seriously 😤😤😤 pic.twitter.com/Fs4jv2wPAm

This is messed up instructions here and on the platform is different, we got on board from metrotown to patternson train and now from here to Nanaimo? pic.twitter.com/h3qZiaPJlB

50 person lineups for almost every bus at #metrotown this morning! When is @TransLink going to provide more service and build real infrastructure like street cars to move our growing population around the city? #transitfail pic.twitter.com/3ie7jQkCDV

when your bro sends you photos of the gongshow that’s happening at #BridgeportStation in #RichmondBC… such a joke @TransLink #Canadaline pic.twitter.com/EE1N5qWDT7

@TransLink So far the bus bridge is a bridge to nowhere at Oakridge pic.twitter.com/hBK4WNVtlO

next time @TransLink decides to shutdown the skytrain during rush hour have a real ass plan in place its gunna make me like 4 hours to get to work pic.twitter.com/kmF1sKLABR