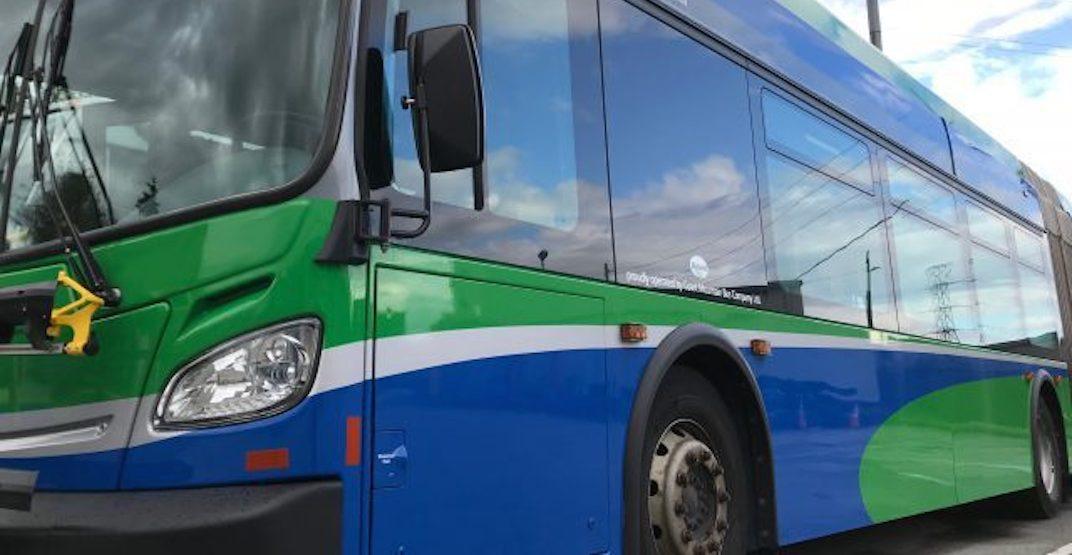 Although a decision was made last year to cancel the planned Fraser Highway B-Line, given that the Mayors’ Council approved and expedited the Surrey-Langley SkyTrain extension project, there will still be interim measures to help improve the corridor’s bus services until SkyTrain construction begins.

Short of an actual B-Line calibre service, TransLink plans to redesign the existing No. 503 bus route as an upgraded service with high frequencies and limited stops along Fraser Highway between Surrey Central and Langley Centre, with buses running as frequent as eight to nine minutes during peak times.

Frequencies of every 20 minutes to 30 minutes will be retained for the No. 503’s remaining route east of Langley Centre to Aldergrove.

The existing No. 502 will be maintained as a frequent local stop service between Surrey City Centre and Langley City, with frequencies of up to 12 minutes during peak. 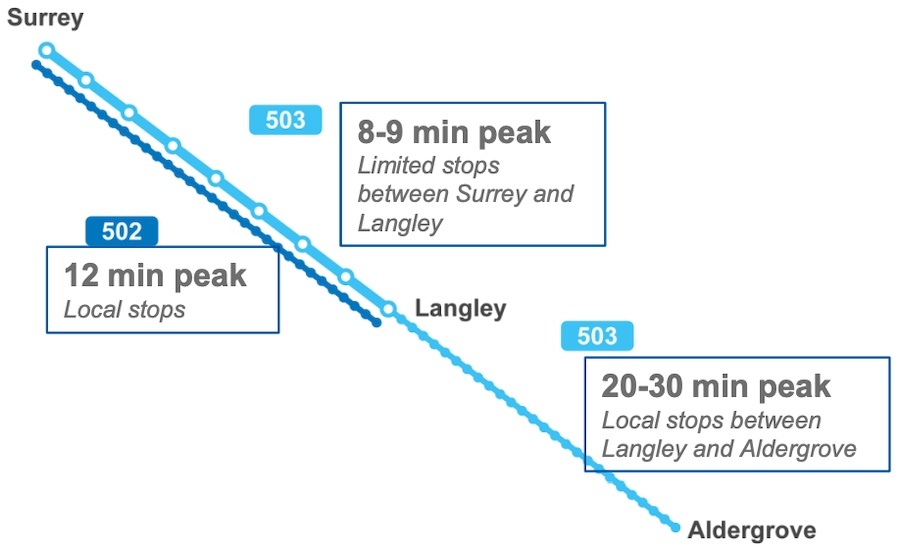 Most of the cancelled Fraser Highway B-Line’s physical infrastructure funding will be redirected towards improving the existing 96 B-Line running along the Newton-Guildford corridor, but TransLink still has plans to make some scaled-down improvements.

Bus-only lanes to help increase the speed and reliability of the buses will be enacted between 200 Street and Glover Road within the Langley Centre area. Some curbside parking spaces will be removed to accommodate the changes.

These changes will benefit not only the No. 502 and No. 503, but nearly all bus routes in Langley City and Langley Township, including 55 buses per hour in peak times.

Traffic signal times along the Fraser Highway corridor will also be optimized to speed up both buses and general traffic.

The public transit authority plans to finalize the bus-only lane designs this summer and begin the implementation in the fall of 2019. 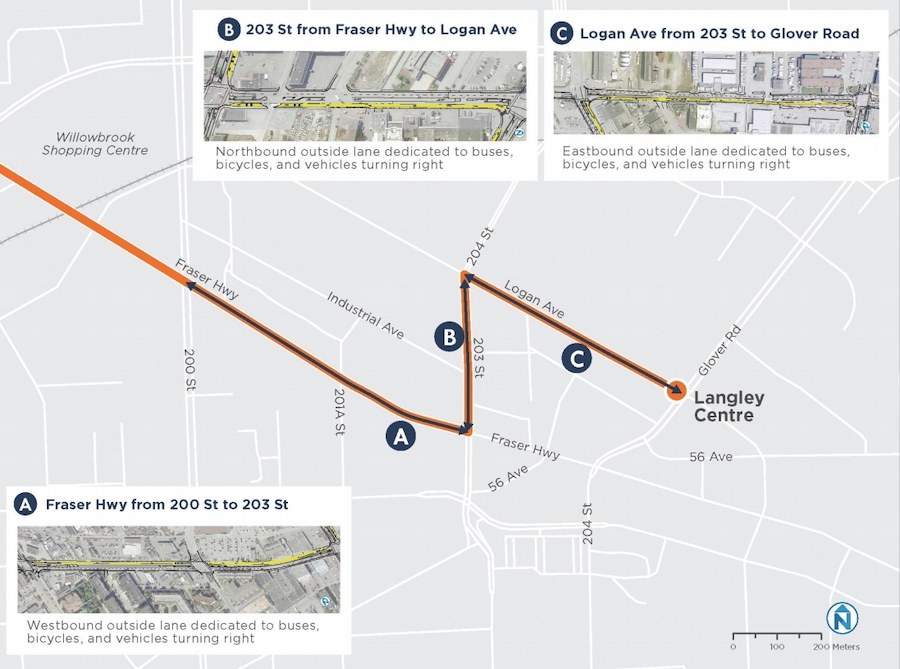 According to TransLink, the No. 502 is the third busiest bus route in the South of Fraser and the 28th busiest in Metro Vancouver. It saw 3.176 million boardings in 2018 — a 12% year-over-year increase — and this translates to an average of 9,970 boardings per weekday. But it is overcrowded 27% of the time, and its average speed has dropped 2% per year since 2014 due to traffic congestion.

Subject to further approvals, a significant portion of the 16-km-long, $2.9-billion Expo Line extension between King George Station and Langley Centre could be completed by 2025.

A recent update by TransLink notes planning for the SkyTrain project is advancing quickly, following the 15-month timeline of reaching the milestone of completing a business plan by the middle of 2020.

A draft business plan is expected to be ready this summer for a review by the Mayors’ Council.

Procurement for a major contractor will then take another 15 months, and construction will take at least four years, which could lead to a possible 2025 completion and opening of a significant portion of the extension. The Broadway Extension to Arbutus Street is slated to open the same year.

As for the current B-Line expansion plan, TransLink plans to launch three new B-Line routes — along 41st Avenue in Vancouver, Marine Drive on the North Shore between Park Royal and Phibbs Exchange, and Lougheed Highway from Coquitlam Central Station to Maple Ridge — in January 2020.