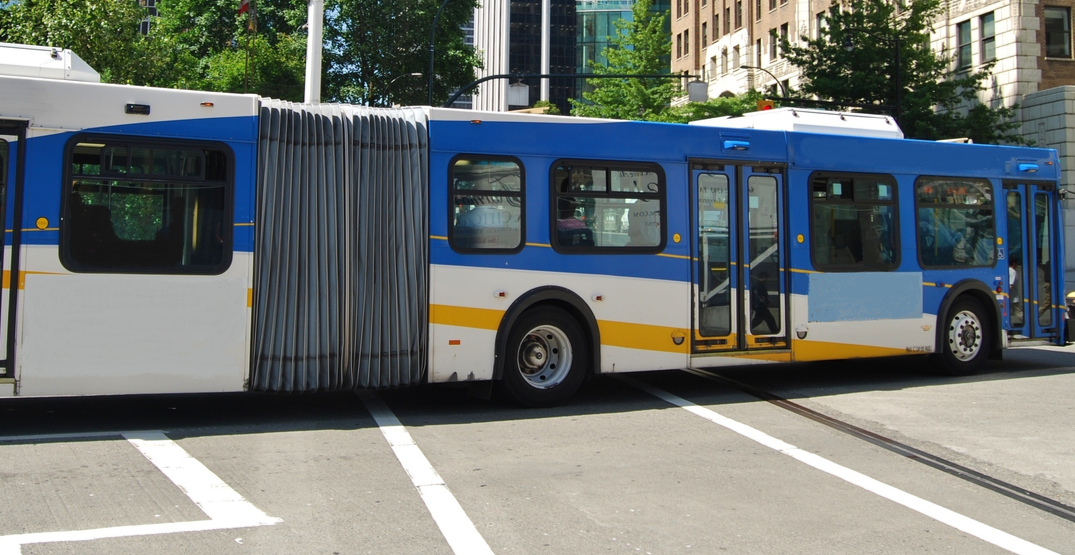 A “complete system shutdown” is coming to Metro Vancouver’s transit system next week.

Speaking at a press conference on Wednesday morning, Gavin McGarrigle, the western regional director of Unifor, said that in the past few days, “it has become clear to us that TransLink has no intention of settling a fair contract for its workers.”

It is clear, he continued, “that they would rather pretend that there is no problem and deal with service disruptions by changing buses, rather than changing their bargaining approach.”

Therefore, he said, “following the overtime ban which is still set to occur this Friday (November 22) – after that, and beginning one week from today, we will engage in a complete system shutdown next Wednesday, Thursday, and Friday.”

During this time, “no members of Unifor Local 111 and 2200 will report for work on those days,” he furthered. “Picketing will begin at all locations, and we expect a complete shutdown of the bus system in Metro Vancouver as a result.”

Workers will return their jobs, “and our full-time duties, after the three-day strike, on Saturday, November 30, to ensure the system is running again in the weekend, and to start the following week.”

McGarrigle said the union has “made every effort to avoid escalating to this level, and although we know that this is a significant impact on passengers, the blame lies fully and squarely with TransLink.”

For every passenger affected, “the workers are fighting for a better system for all and more accountability for these overpaid [TransLink] executives.”

A large public rally will also be held “for workers, students, and members of the public affected by this dispute at TransLink headquarters in New Westminster on Thursday, November 28, beginning at 1 pm.”

McGarrigle said he expects “thousands of workers [to attend]” and invites “all members of the public, and all workers who’ve had enough to join us in protest against this unaccountable, and arrogant transit agency.”

The ball is now once again in TransLink’s court, he added, “and if they fail to act, the Mayors’ Council must do it for them.”

Even with today’s announcement, McGarrigle said its not too late to change course, and avoid the shutdown.

“There’s a full week before any work stoppage will take place,” he noted. “We are doing our overtime ban for this Friday, but there is still time to avoid the stoppage [next week].”

He implored TransLink to “come back to the bargaining table as you say you want to, address the outstanding issues, and bargain a fair agreement with your workers to avoid an escalation for next week.”

As SkyTrain and Canada Line workers operate under a different union, those services are still expected to be running normally during the shutdown.

Shortly after McGarrigle made the announcement, Coast Mountain Bus Company (CMBC), said in a statement it is “alarmed” by plan for a system shutdown.

“It is completely unacceptable our customers are being dragged into this dispute,” says CMBC President Michael McDaniel. “Coast Mountain Bus Company is addressing the union’s complaints about working conditions as well as providing generous wage increases beyond what’s in other public sector settlements in British Columbia.”

The union, he furthered, “is willing to disrupt lives of commuters to get the wages it wants.”

CMBC said the union’s wage demands equate to about $150 million more over ten years than CMBC has offered.

“Accepting these demands could result in increases in fares, fees, and taxes or endanger plans for much needed service expansion,” said CMBC, adding that it is once again urging the union “to rethink its wage demands and return to bargaining.”