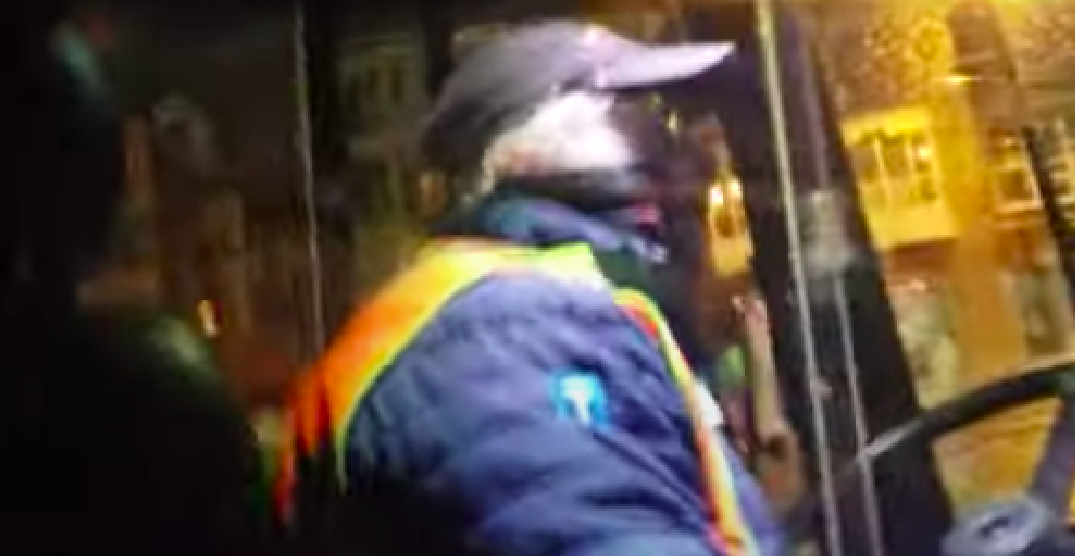 A confrontation about mask-wearing onboard a TransLink bus between a driver and a passenger was captured on video this week.

According to the person who posted the video, the incident took place around 3 am and, as indicated by the video’s geo-tag, near Kingsgate Mall.

“Around 3 am I boarded the bus ahead of three young guys, took a seat and then recorded this scene,” writes the poster, Paul Speers. “I didn’t jump in right away, but as the verbal tirade intensified and was clearly one sided, I decided to speak up for the guys.”

Speers writes that he takes “a stand for common decency when I’m out in public, but I try to pick my battles.”

Nevertheless, “while riding transit I have intervened on many occasions to put a stop to assault, unwanted touching/creeping, heckling, gross vulgarity, and racist ramblings.”

This incident, however, “was the first time confronting a bus driver for their behaviour.”

Under the provincial order, face masks are  now required to be worn by all British Columbians, 12 years and older, in a number of indoor public settings, including:

And this week, BC’s Minister of Public Safety and Solicitor General Mike Farnworth announced that anyone without a mask in an indoor public place, or who refuses to comply with the direction of an enforcement officer may be subject to a $230 fine.

Transit Police Sgt. Clint Hampton confirmed this policy applies to the TransLink network as well.
“Transit Police will enforce the Ministerial Order and can now issue fines of $230, subject to the exemptions set out in the provincial order,” he told Daily Hive.

A TransLink spokesperson also told Daily Hive they have identified the driver in the video, and are now “investigating the incident.”