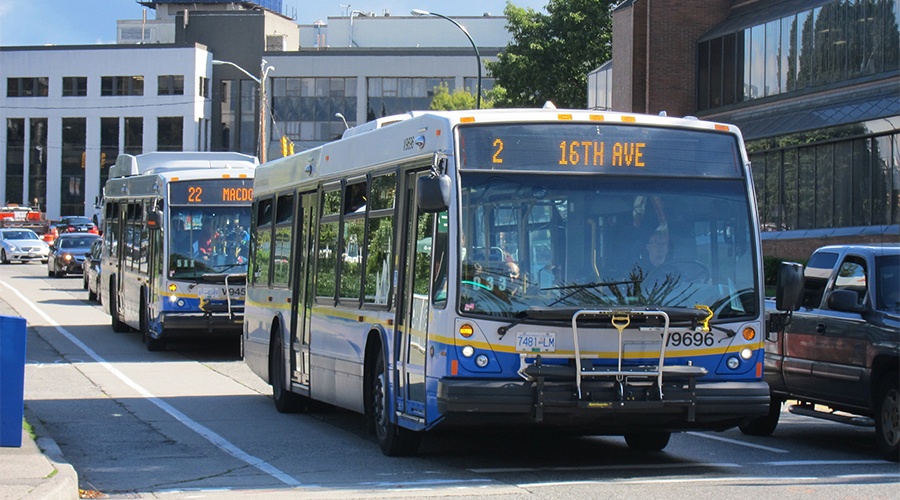 While the heat looks to have been turned down on a labour dispute between Canada Post and posties, it’s back to the bargaining table tomorrow for the union backing 4,700 bus drivers and transit workers and the Coast Mountain Bus Company.

Formal talks broke off between Unifor 111 and 2200 and the employer just over a month ago, and negotiators will now be back in a bid to avoid a messy transit strike.

But while it’s been a quiet month, Unifor 111 president Steve Sutherland says the union has met with CMBC to discuss some elements of the dispute in the background.

“Some of the finer points, you know the stuff we deal with under the working conditions parts, and we’ve met with subcommittees. And we’re hopeful to finish a collective agreement in the next couple of days.”

“Always. Nobody likes job action, nobody likes strikes. It does nobody a lot of good, especially our members. That’s the last ditch effort thing we need to use. And you know, not saying we would never use that, but you know, we’re hopeful.”

Bus and SeaBus drivers, transit and support workers have been without a contract since the end of March, and gave the union a strike mandate in April.

Metro transit workers last went on strike in 2001, a four month disruption ending with the province legislating drivers back to work.

In an emailed statement, CMBC told CKNW that it is “working hard” to renew the collective agreement, and remains committed to “an acceptable negotiated settlement.”