A vicious attack on a woman at the Granville SkyTrain Station last month has Metro Vancouver Transit Police asking the public for help.

On September 19 at 12:25 a.m., two young women were reported to be yelling racial slurs and harassing non-Caucasian passengers at the Granville SkyTrain Station. After a woman stepped in to ask the women to stop, the two suspects punched her, pushed her to the ground, kicked her, and grabbed her by the hair. The woman was able to escape, and then contacted police.

Suspect number one is described as a Caucasian female in her early 20s, with long, straight brown hair, brown eyes, and a medium full-figured build. She was wearing a black mini-dress, a short light-coloured denim jacket, and high heels, and was carrying a black and white clutch purse.

Suspect number two is also described as a Caucasian female in her early 20s, with long straight brown hair, and brown eyes. She appears to be taller and slimmer than suspect number one, and was wearing a black mini-dress, brown bootie-style high heels, and was carrying a black jacket and a large black shoulder bag. 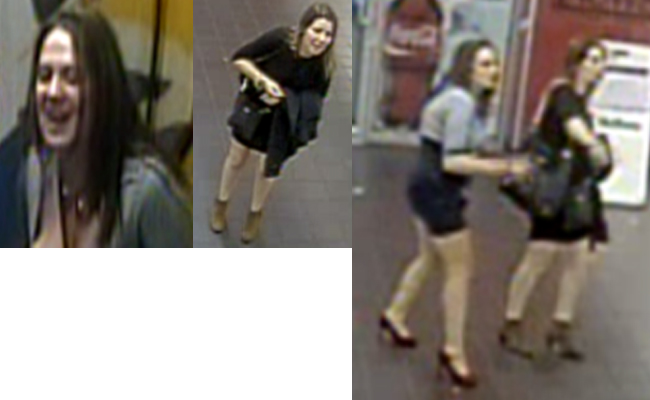