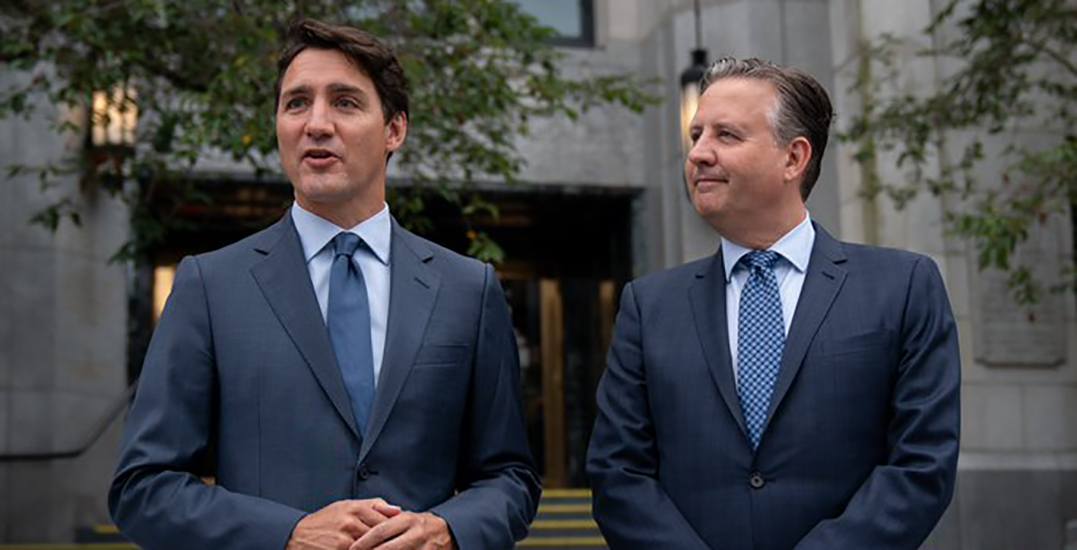 Vancouver’s housing crisis, the ongoing opioid epidemic, and developing public transit were some of the key points touched upon when Prime Minister Justin Trudeau met with Mayor Kennedy Stewart during his visit to Vancouver.

The two met at Vancouver city hall on Friday morning.

In a statement discussing the meeting, Mayor Stewart notes some of the large investments coming from Trudeau and the federal government.

Specific to housing, the federal government’s $184 million investment towards social housing units, will include up to 1,100 units across nine different projects, built as temporary modular housing, mixed-market rental homes, and housing co-operatives.

“I also expressed how heartened I am by Housing Minister Duclos’ commitment to providing further funding,” says Stewart in the statement. “I urged the Prime Minister to help accelerate action on these commitments so that we can turn the corner on the housing crisis.

Another key discussion point was the federal government’s funding towards the Millenium Line extension along Broadway to Arbutus Street.

“I requested the Prime Minister’s assistance with securing Health Canada exemptions to allow health professionals to establish Vancouver’s and Canada’s first non-profit organization empowered to distribute a clean-drug substitute to people at risk of overdose.”

“By deepening our partnership, we can accomplish even more and build a city that works for everyone.”