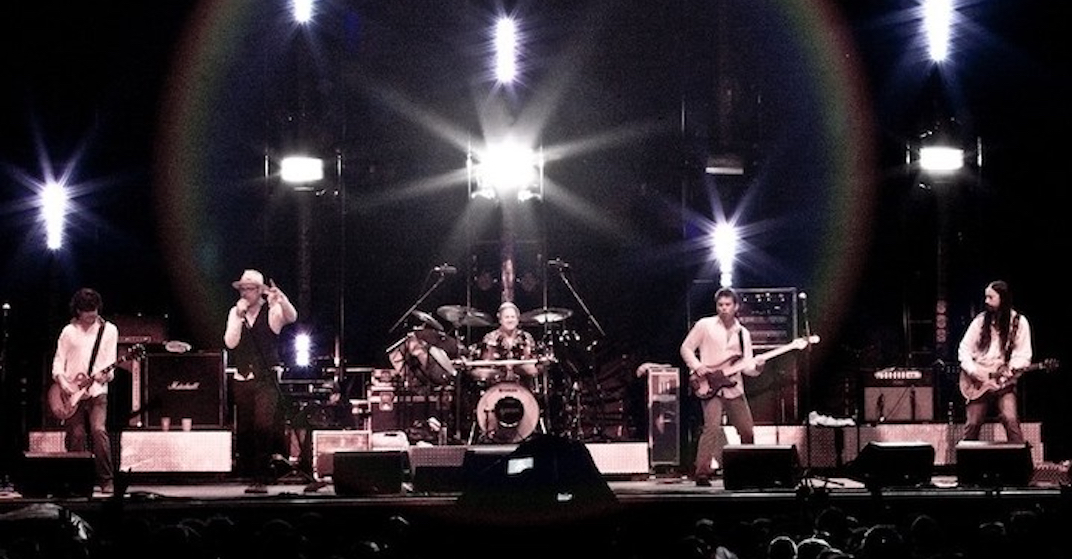 The Tragically Hip will perform at the 50th Juno Awards this summer, alongside singer-songwriter Feist.

It will be the Canadian rock band’s first televised concert since the death of lead singer Gord Downie in 2017.

The announcement was made on Thursday by The Canadian Academy of Recording Arts and Sciences (CARAS). The Hip will play on June 6, airing nationwide at 8 pm on CBC, CBC Gem, CBC Radion One, and will stream on the CBC website.

“We’re really happy to be performing on The 50th Annual JUNO Awards,” said the band. “We’ve known Leslie Feist for over 20 years, having toured together in 1999. We are all huge fans, and Gord loved her. It’s an honour to be able to play one of our songs with her. It’s been such a difficult year for our fellow musicians; we wanted to do something to honour them in a way that would make Gord smile.”

The Tragically Hip will also receive the 2021 Humanitarian Award Presented by Music Canada. It will be presented to them by Canadian Music Hall of Fame inductees and rock icons, Geddy Lee and Alex Lifeson of Rush.