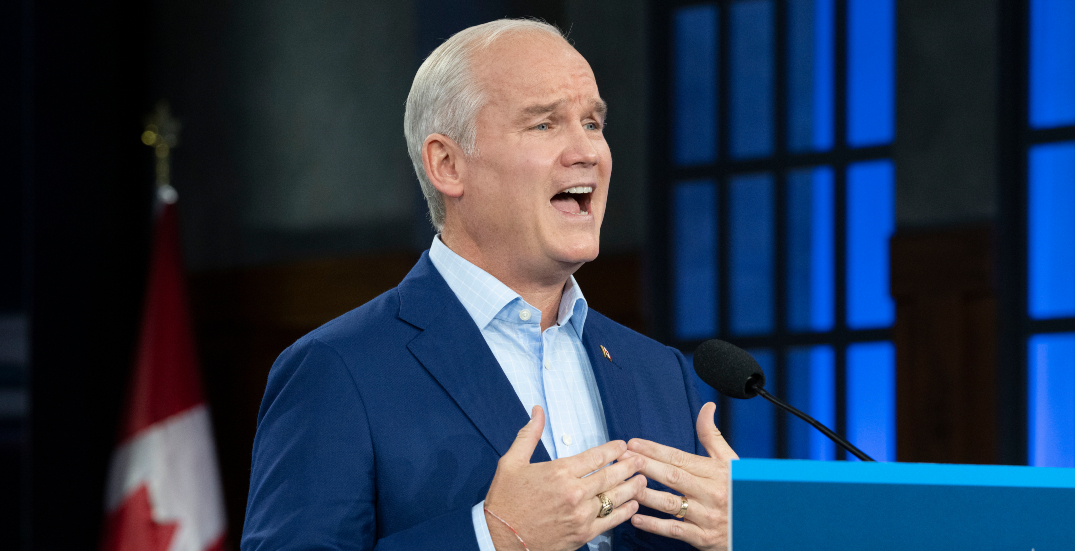 Conservative Leader Erin O’Toole says Justin Trudeau wants Canadians who are angry with the government to vote for “smaller parties.”

O’Toole made the comment today at a campaign stop in London, Ontario, but he wouldn’t give details on exactly what parties he claimed the Liberal leader wanted Canadians to choose in the September 20 election.

Political experts are indicating that the People’s Party of Canada, led by former Tory cabinet minister Maxime Bernier, could siphon off votes from disaffected conservatives in key ridings and prevent O’Toole’s party from winning.

O’Toole says if people allow their frustration with the Canadian government to lead them to do anything other than vote Conservative, then they are voting for the Liberals.

A Leger poll released earlier this week in collaboration with The Canadian Press indicated the Liberals and Conservatives are tied with the support of 32 percent of decided voters and that the People’s Party was at five percent support.

O’Toole says there are five parties in this election but only two choices: more of the same with the Liberals or a change with the Tories.