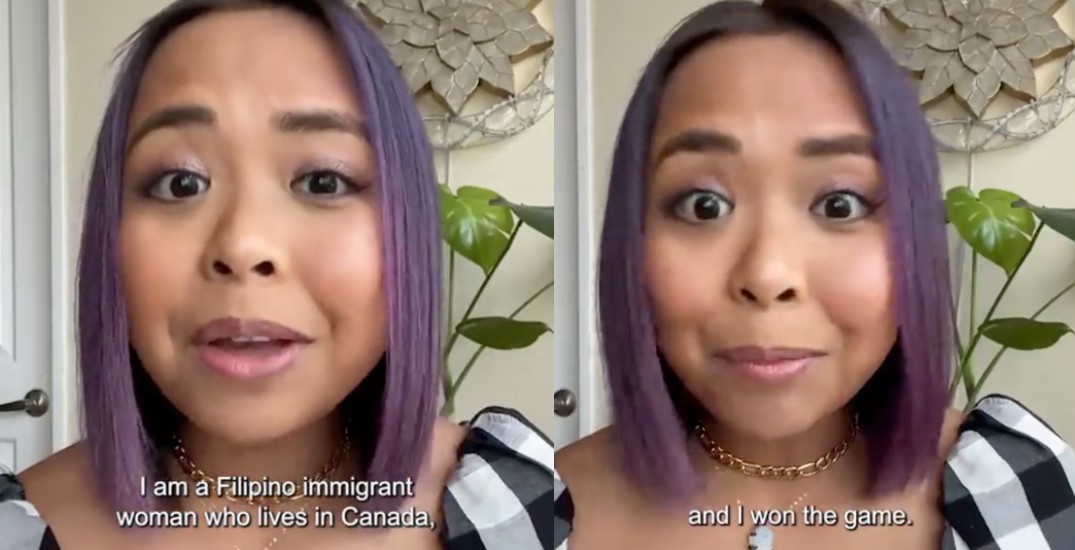 A woman from Toronto has become the first-ever Canadian contestant to beat all odds on the American TV show Survivor.

On Wednesday, Niagara-born and Toronto-based Erika Casupanan won the reality show’s 41st season. Along with the title, she takes home a grand prize of US$1 million.

“I am a Filipino immigrant woman who lives in Canada. And I won the game!” Casupanan said in a video posted on the show’s official Twitter page. “I was able to make my dream of dreams come true and win the game. And what I want to say is that if I can do it, anyone can do it.”

Survivor‘s format involves a group of contests left to fend for themselves in an isolated location. This can be the wild, the desert, an island — pretty much anywhere.

Exposed to the elements and whatever else may come their way, the contestants must do their best to survive several enduring challenges, both physical and mental. Contestants’ votes determine who gets the chop. In the end, the “Sole Survivor” wins the title and the US$1 million reward that comes with it.

“I don’t care what you look like, what you sound like, where you’re from, your background, what you believe in — I’m telling you, you can win the game,” she said. “I’m proof.”

Casupanan encouraged viewers to try out for Survivor. “I hope that if you’ve ever wanted to play Survivor, you throw your hat in the ring because it’s such an adventure. You’re going to learn so much about yourself,” she said.

“And I would love to see so many more beautiful, diverse winners. So please get out there and I promise I’ll be cheering you on as I watch from home next time.”

The winner also posted a cheeky tweet about her victory as the first-ever Canadian to win the show in 41 seasons on Thursday.