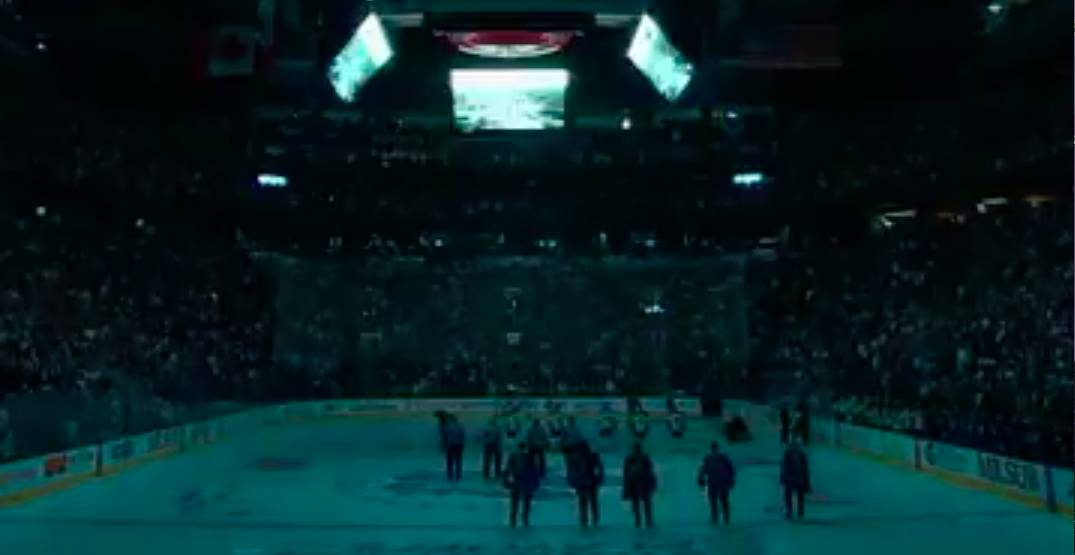 The Air Canada Centre went completely silent in recognition of the day's events, those who lost their lives, and all those affected by the tragedy. (NHL / Twitter)

On a day in which a horrific attack by the driver of a van in Toronto left 10 people dead and 15 others injured, hockey was likely the last things on many people’s minds.

But it was also the day the Boston Bruins were in town to face off against the Leafs in Game 6 of the Stanley Cup playoffs.

And far from staying home, hockey fans came out in droves amidst heightened security to the Air Canada Centre.

And it was here, during the game’s opening ceremonies, that the thousands of fans in attendance paid tribute to those who had lost their lives, the familes of the victims, and the first responders called to the scene, by going completely silent.

A moment of silence for those affected by today’s tragic event in Toronto. pic.twitter.com/lcVhCB36gS

They’ve announced that the following areas will be closed for tonight’s sporting events:

The Toronto Maple Leafs and MLSE are keeping all of those impacted by today’s tragic incident in Toronto in our thoughts and prayers. Our organization continuously works in close partnership with Toronto Police Service, and other security agencies, to ensure the safety of all fans attending games at Air Canada Centre, including playoff tailgate events at Maple Leaf Square. In addition to the safety measures already in place, Toronto Police Service will be implementing a number of additional measures including road closures surrounding Air Canada Centre tonight to create the safest environment for our fans watching in Maple Leaf Square, as well as providing enhanced security inside Air Canada Centre.  For more information about road closures, please visit the Toronto Police Service web site.

At a press conference at Earl Haig Secondary School, Tory told the media that the city is in safe hands at the moment and that “this is a time when the city should come together.”

Police confirmed they located the vehicle, the driver is in custody and he is currently being investigated.