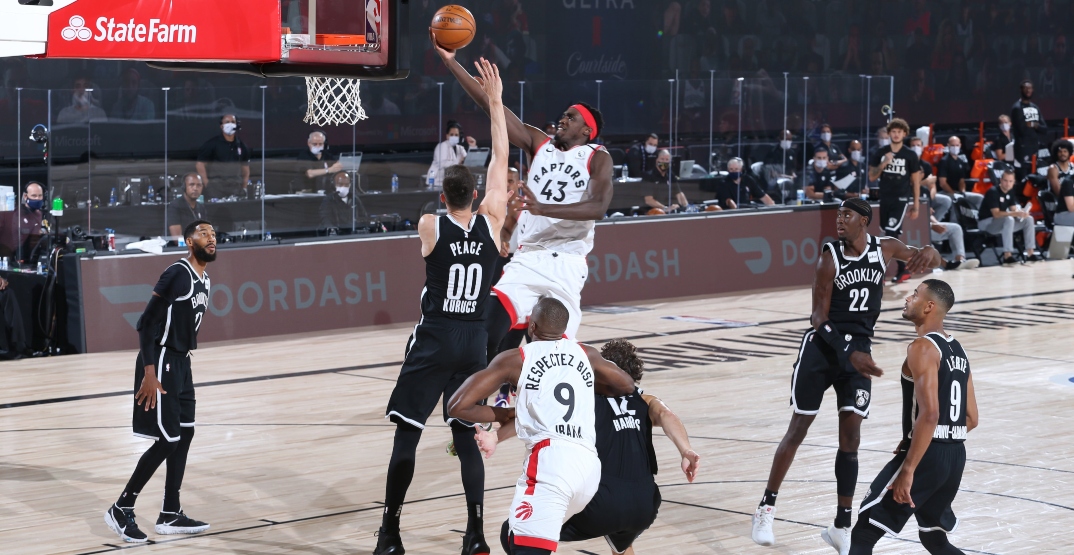 It wasn’t as easy as it was in Game 1, but the Toronto Raptors managed to pull out a 104-99 win over the Brooklyn Nets in Game 2 of their best-of-seven playoff series on Wednesday afternoon.

Norm Powell and Fred VanVleet led the way with 24 points each, with Powell sealing the victory late.

Perhaps inspired by the upset victories by the Orlando Magic and Portland Trail Blazers on Tuesday, the Nets came out strong to start this game. They started on an 26-12 run before the Raptors woke up.

Led by Pascal Siakam, Toronto went on a 13-0 run to get back in it.

Siakam led Toronto with 14 points in the first quarter, though Brooklyn held a 33-29 lead.

A Kyle Lowry free throw with 3:13 left in the first half finally gave the Raptors their first lead of the game, 48-47, but the Nets ended up taking a 53-50 lead into halftime.

Brooklyn came out strong to start the second half as well and went on an early 10-0 run, ultimately taking an 80-74 lead into the fourth quarter.

The Raptors battled back in the fourth, though. Having trailed for most of the game, they took an 84-83 lead on an impressive dunk by OG Anunoby.

Then Lowry spun away from his defender and drove the ball to the net, scoring the basket as he was fouled to set up a three-point play.

After outscoring the Nets 39-24 in the fourth quarter of Game 1, the Raptors owned the final frame again on Wednesday, outscoring Brooklyn 30-19 to come back and claim the 104-99 victory.

Oshae Brissett left the Orlando bubble to undergo a knee procedure back in Toronto, but he still found a way to cheer on his teammates on Wednesday.

The Raptors never led a series 2-0 during their championship run last year. This is just the second time in franchise history they’ve held a 2-0 series lead. The other was in the first round of the 2018 playoffs against the Washington Wizards.

In that series, the Raptors let the Wizards win the next two games to even up the series, forcing Toronto to play six games to finish off the Eastern Conference’s eighth seed.

The Nets showed today that they have some fight in them and aren’t going to roll over. The Raptors are still the better team, though, and they’re hoping to finish this series off as fast as possible. They’re going to try to avoid letting the Nets get back in this series the way they allowed the Wizards to two years ago.