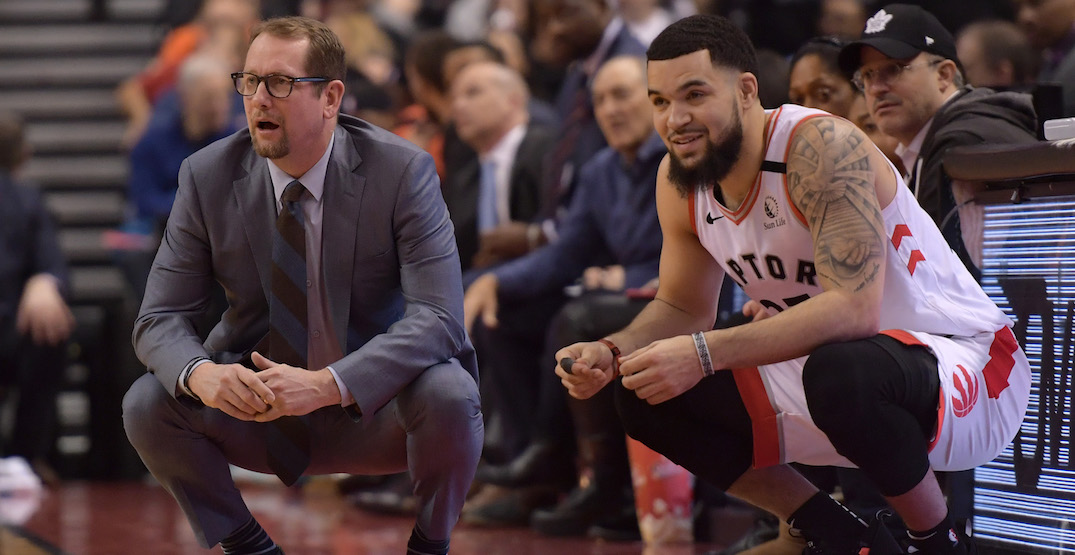 The Toronto Raptors are coming home — their real home — to start the 2021-22 NBA season.

The Raptors have released their schedule for next season, and for the first time in over a year, “Scotiabank Arena” is listed as their home court. Following a year in Tampa, the Raptors are planning to play games in Canada again.

Toronto’s season starts on October 20 against the Washington Wizards at Scotiabank Arena, which will mark the first NBA game played in Canada in 600 days.

The first home game is sure to be a memorable one, as fans welcome back their team. The most emotional night of the season is sure to be when the Raptors host the Miami Heat on February 3, in Kyle Lowry’s return to Toronto.

Fans will be required to show proof of full vaccination, or a negative COVID-19 test, to attend games in Toronto.

The longest homestand of the season is from November 28 to December 13. The Raptors will have two season-high six-game road trips from November 15 to 26, and March 6 to 16. Toronto is scheduled to play 14 back-to-back game scenarios.

Their regular season schedule wraps up on April 10 in New York.

The Raptors will be featured on US national television on six occasions, with just one game each on ESPN and TNT, and four games on NBA TV. The Canadian television schedule has yet to be announced. 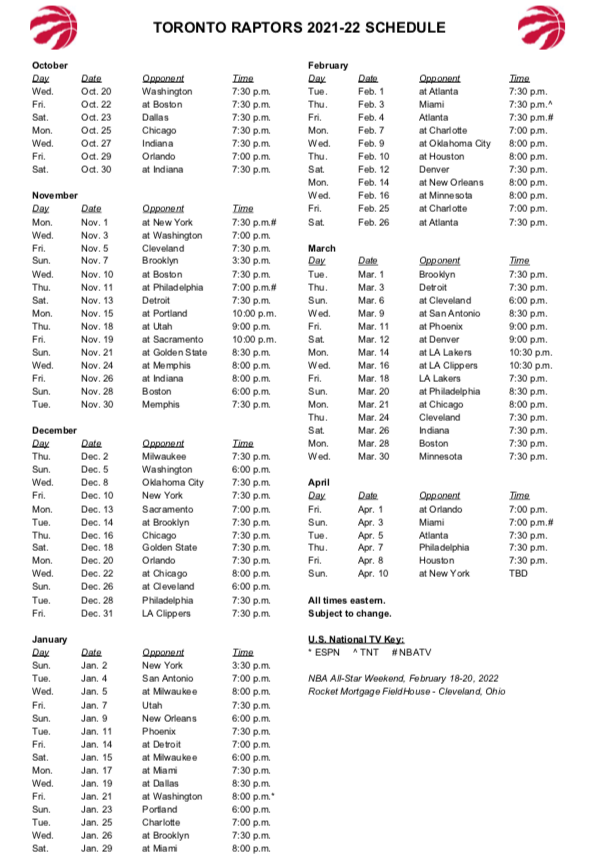