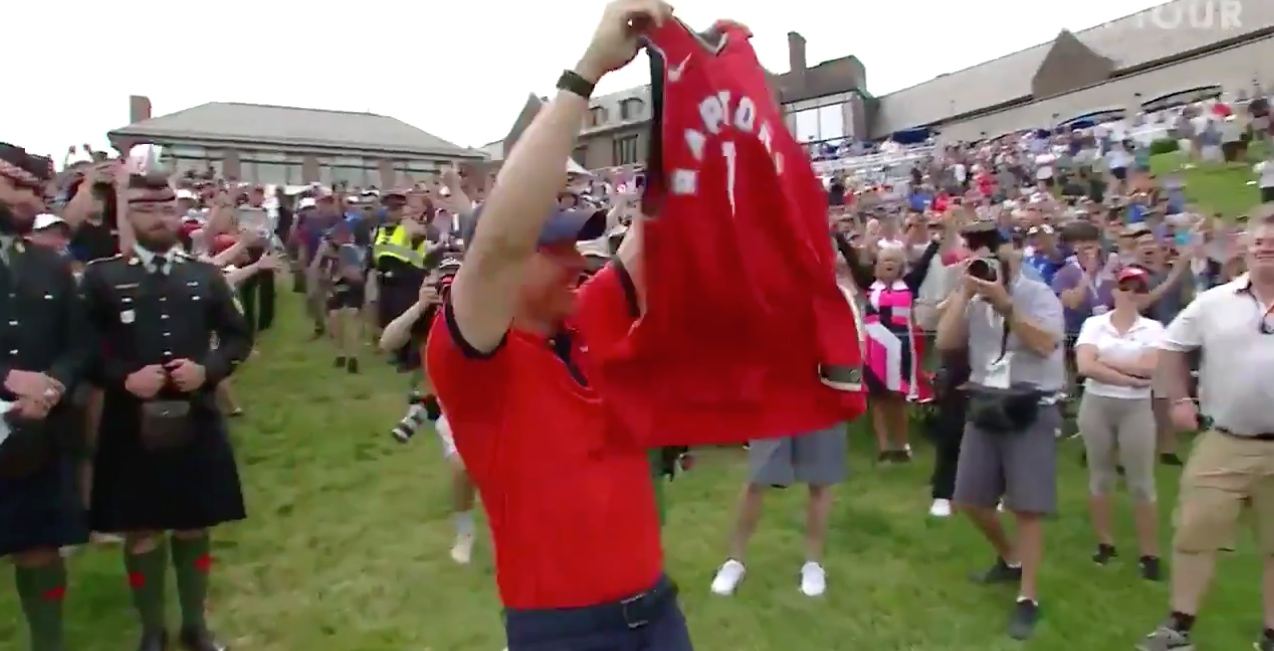 Rory McIlroy gave the crowd at this weekend’s Canadian Open something to roar about.

McIlroy finished the tournament with a 9-under 61, including 9 birdies, an eagle during Sunday’s final round to claim the Canadian Open.

Moments after winning, the Northern Ireland native help up a Kyle Lowry jersey and yelled “Raptors in five!” to thunderous applause at the Ancaster, Ontario tournament.

During the trophy presentation, McIlroy was wearing the Raps jersey, overtop a red Nike polo golf shirt — it was meant to be.

Spectators seating along the Canadian Open grounds were also recorded in a “let’s go Raptors” chant, a goosebump-worthy site, considering golf crowds tend to be a bit more quiet while on the course.

We’re not saying Drake should be scared but it seems like McIlroy has a knack for getting the crowd going.

It seems like McIlroy can add some Raptors to his championship-worthy repertoire of birdies and eagles from Sunday.