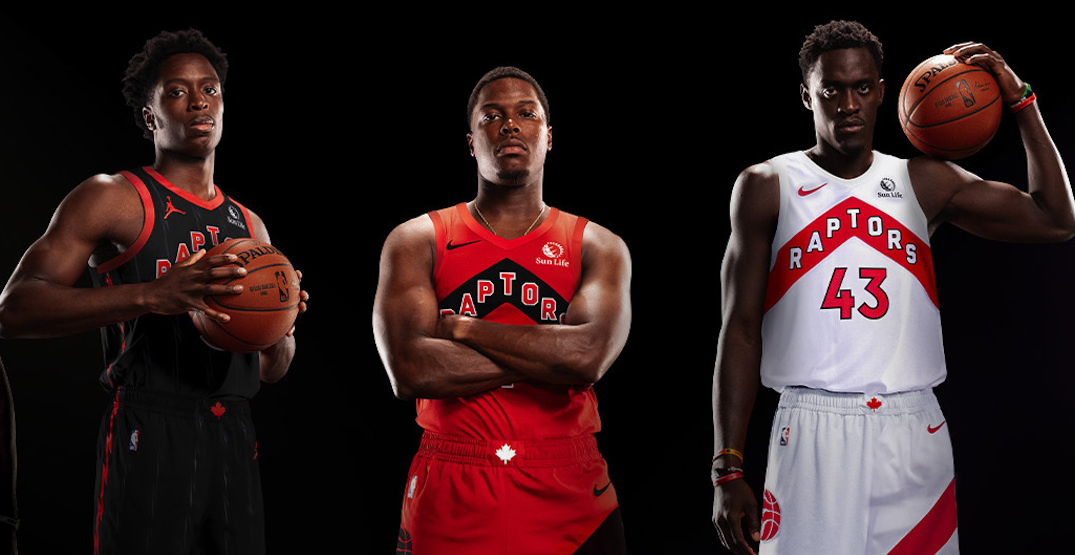 The Toronto Raptors have unveiled three new uniforms for the 2020-21 season.

The team has kept the now-iconic We The North branding, making the chevron a key element in the design for two of the three new jerseys.

Displayed across the chest of the white “Association” and red “Icon Edition” jerseys, the chevron is meant to “symbolize the north, represent the team’s past achievements, and mark the path forward,” according to the Raptors. 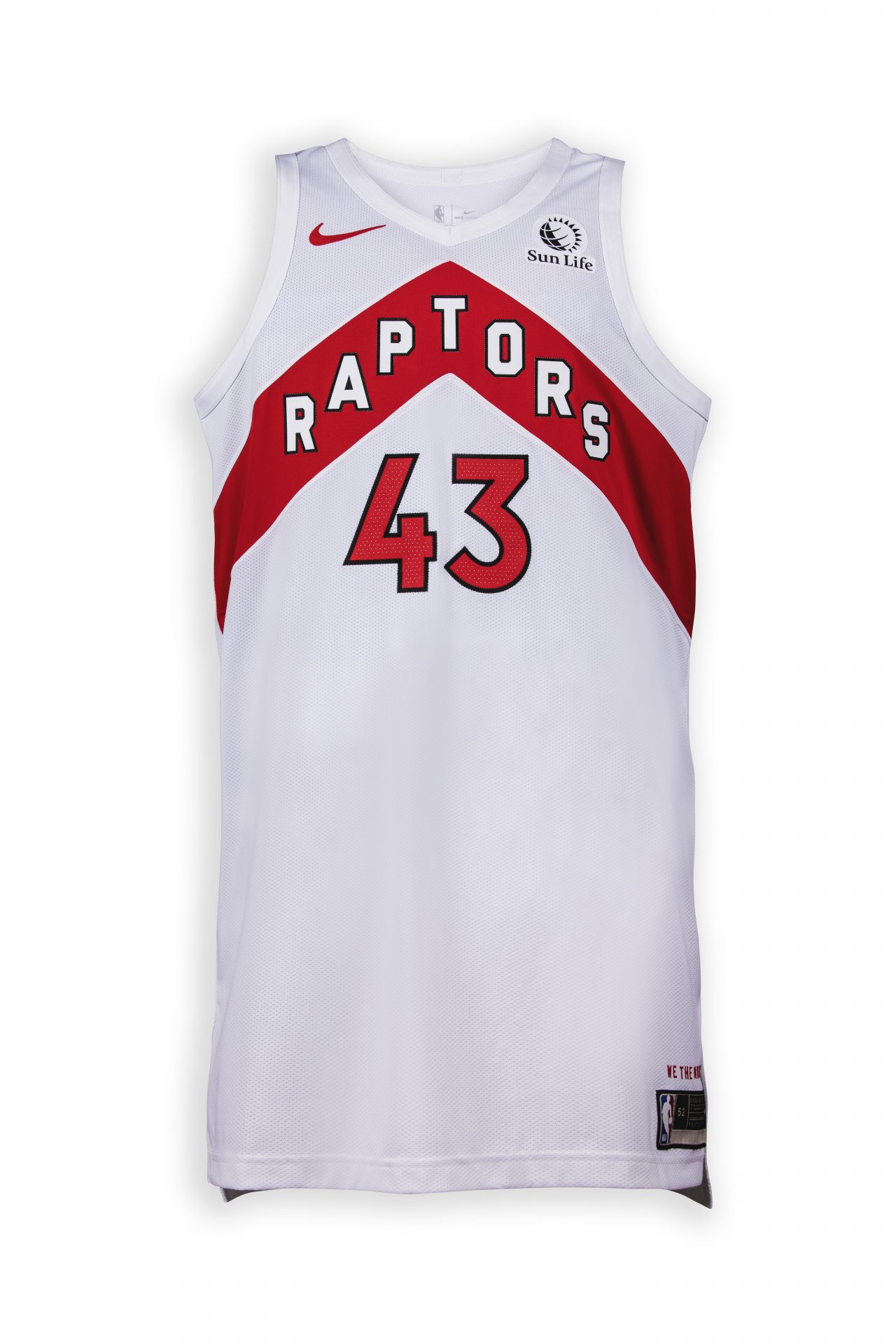 The black “Statement Edition” jersey takes a nod to the Raptor’s original “dinosaur” design with the addition of a subtle zig-zag pinstripe, said the release. A Jordan Jumpman logo will replace the Nike swoosh on the jersey’s right shoulder.

The new uniforms are similar to the “Earned Edition” jerseys the team wore the night they won the franchise’s first NBA Championship in 2019.

Which North are you? #WeTheNorth pic.twitter.com/xmATeh0AaD

The concept of home and away uniforms were retired prior to the start of the 2017-18 season. Instead, the NBA in association with Nike created four “Edition” uniforms for each team: Association, Icon, Statement, and City, said the Raptors in a release.

Teams chose which uniform to wear for their home games, and visiting teams choose one of their own contrasting designs. The “Earned Edition” was added the following year for the 16 teams that had made the previous year’s playoffs. 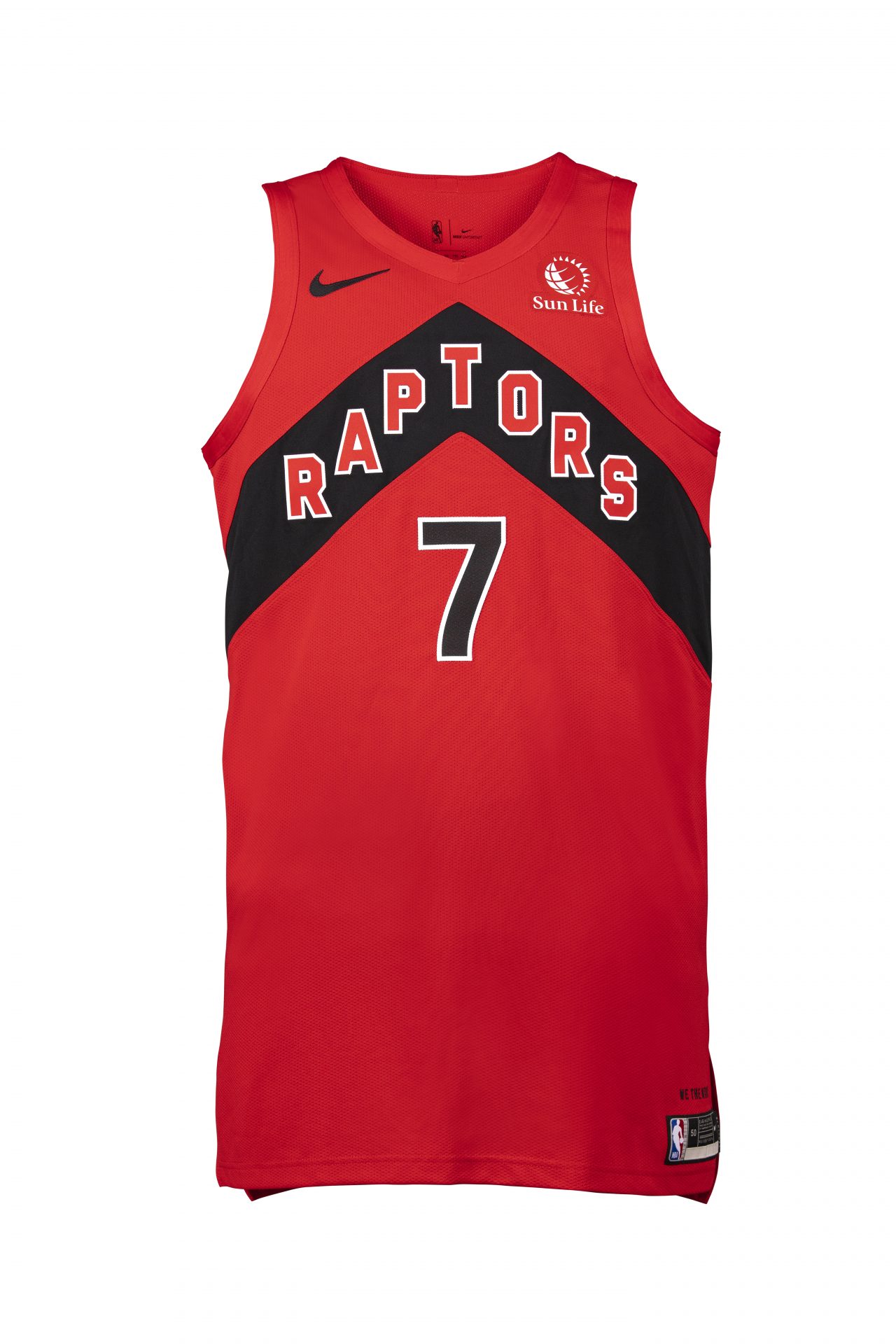 Two more uniforms will be revealed before the 75th season of the NBA begins. 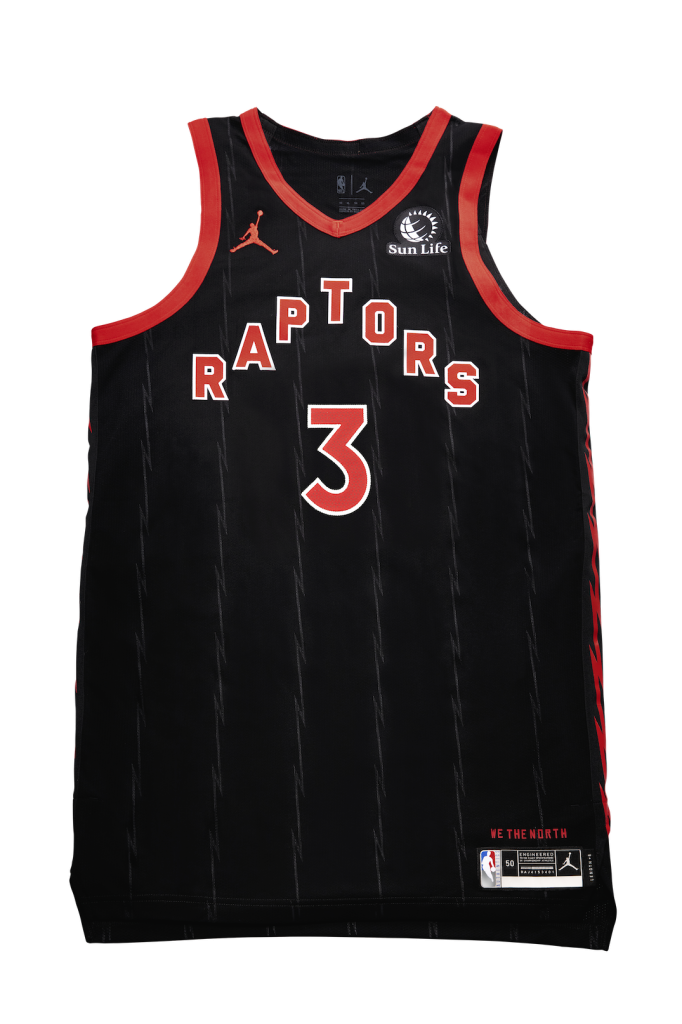 Maple Leaf Sports Entertainment’s in-house design team collaborated with Nike to create the new uniforms, which are made in part using recycled materials, said the release.

“As we began to think about the decade ahead, we aimed to create uniforms that not only reflected our franchise’s historic accomplishment in 2019 but also inspired the pursuit of our next championship,” Shannon Hosford, MLSE’s Chief Marketing Officer, said.

The Association and Icon jerseys are available now, while the Statement uniform is coming soon.