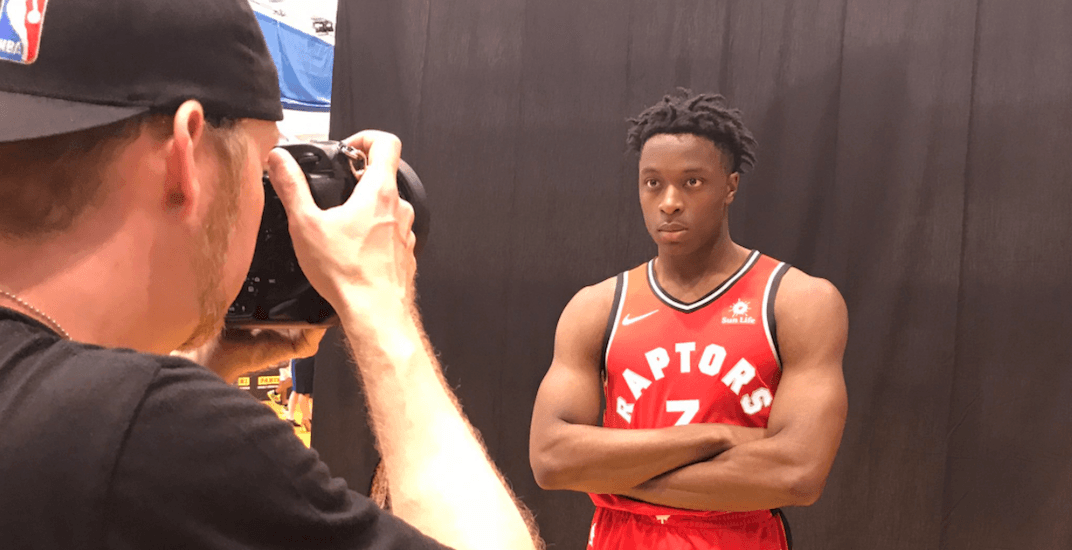 Despite being one of the Eastern Conference’s elite teams the past two seasons, the Toronto Raptors made a number of offseason moves.

To remain one of the league’s elite teams, and to push deeper into the playoffs, the Raptors retooled while getting younger, aiming for a faster, team-oriented style of play.

Toronto was last in the league in assists per game (18.5) in 2016-17. Their inability to pass the ball was their pitfall, particularly against the Cleveland Cavaliers, who swept them in the second round. The Raptors took many contested shots, played at a predictable pace, and were unable to create efficient scoring chances.

A number of veteran support players were let go. P.J. Tucker and Patrick Patterson left via free agency, while DeMarre Carroll and Cory Joseph were traded.

In their place are a number of young players, as well as 30-year-old C.J. Miles, who was acquired in the Joseph deal.

Here’s a look at every player the Raptors added this summer:

We weren't kidding when we said we had to up the mesh budget because of, @masfresco. #RTZ pic.twitter.com/eJgtJB0eEZ

Shooting 41% from the three-point line last season, Miles was among the elite perimeter shooters in the NBA. With Tucker and Carroll leaving, Miles is the perfect fit considering the Raptors new playing style.

Miles can create off-the-dribble, move well without the basketball, and defend two to three different positions on the floor. Whether he starts or comes off the bench, Miles’ skill-set combined with his veteran presence will be a refreshing sight for Raptors fans.

OG Anunoby will be a joy to watch for Raptors fans – he’ll provide a lot of energy once his health is at 100% – as his immediate strengths are within his frame and athleticism.

As we’ve seen in the sample size of the preseason, Anunoby developed a perimeter shot, and has shown a knack for seeing the floor and making good passes in the right situation.

With comparisons to Kawhi Leonard, one can only hope OG Anunoby develops to be half as good as Leonard became.

#KjMcDaniels has agreed to a 1yr deal with the #Raptors. (h/t woj) #BALLGOD

K.J. McDaniels has been a journeyman in his young career in the league. He came in as a raw, athletic prospect that didn’t have a dominant skillset to lean on.

If he’s able to crack the rotation, McDaniels has athleticism and size at the wing positions that could help defensively, but might be an issue offensively considering his lack of skill.

Bouncing from Philadelphia, to Brooklyn, to Houston, and now Toronto, this may be McDaniels’ last chance to prove that he’s an NBA-calibre player.

Like McDaniels, McKinnie had been a journeyman for the beginning of his career.

Going undrafted in 2015, he started his pro career in Luxembourg with the East Side Pirates, then signed with a Mexican team called Rayos de Hermosillo.

He finally got his window into NBA basketball with the Windy City Bulls in the G-League (then known as the NBA D-League), before making the Bulls roster last season.

McKinnie is an active, athletic player who runs the floor, can rebound, defend, and at times, can shoot the ball from range.