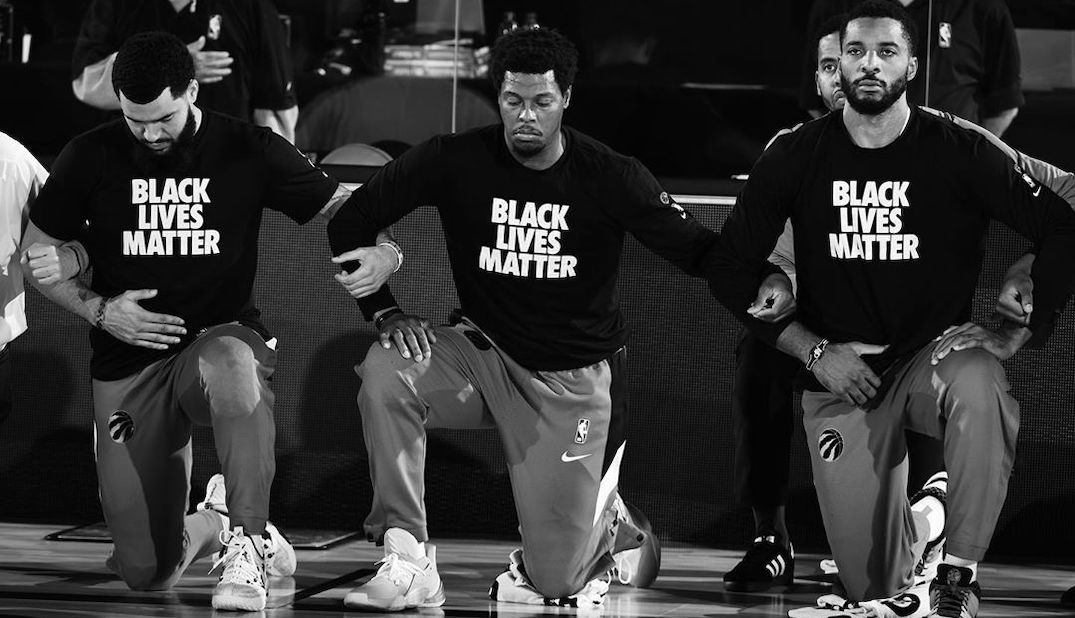 Thursday’s NBA games, including the Toronto Raptors’ playoffs opener against the Celtics, are “unlikely” to proceed amid player protest of anti-Black racism following the shooting of Jacob Blake in the US.

According to ESPN’s Adrian Wojnarowski, discussions regarding the status of the NBA are continuing on Thursday, but the three scheduled playoff games probably won’t proceed.

At this time, no official decision has been made.

Reporting with @malika_andrews: The NBA players have another meeting set for Thursday morning in the bubble to continue the discussion on how they’ll proceed with the playoffs.

On Wednesday, Milwaukee Bucks players refused to play their playoff game against the Orlando Magic.

Discussions on continuing season will extend into tomorrow, sources tell ESPN, but appears unlikely the three playoff games on Thursday will be played. “Everyone is still too emotional,” one high-ranking source tells ESPN. “There needs to be more time to come together on this.”

The Bucks were the first team to boycott a game, and the other two games on the schedule on Wednesday — Rockets vs Thunder and Lakers vs Trail Blazers — were also cancelled.

“The NBA and the NBPA today announced that in light of the Milwaukee Bucks’ decision to not take the floor today for Game 5 against the Orlando Magic, today’s three games – MIL-ORL, HOU-OKC and LAL-POR have been postponed. Game 5 of each series will be rescheduled,” said the NBA last night.

Earlier this week, while speaking with the media, Raptors players Fred VanVleet and Norman Powell expressed their frustration following the police shooting of Blake, an unarmed Black man in Kenosha, Wisconsin. Blake was shot multiple times by police in front of his three sons and has been left paralyzed.

Though the Raptors and the NBA as a whole have done a lot to raise awareness of the Black Lives Matter movement, wearing social justice messages on the back of their jerseys and kneeling during the national anthem, VanVleet and Powell said more needs to be done.

Powell confirmed that there’s been talk of potentially boycotting games.

“It’s on all of us to actually stand up and demand things. And get in front of these people’s faces that make the laws and have the power to fully effect change and force them to. Until that is done, ain’t shit gonna change.”

The Toronto Raptors game is currently scheduled for 6:30 pm ET.