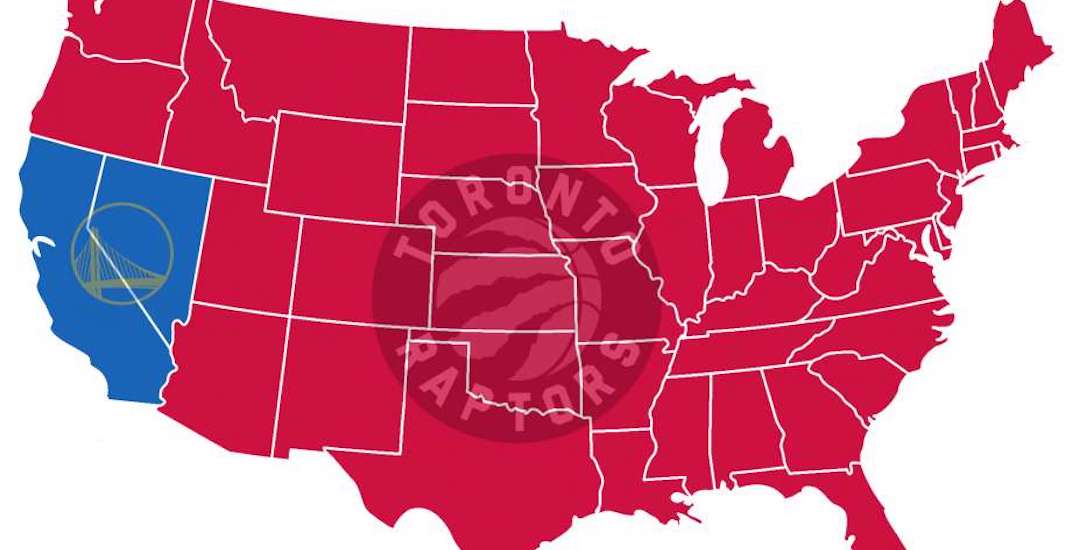 Canada is behind the Toronto Raptors, and it looks like most of the United States is too.

Americans are sick of the Golden State Warriors winning the NBA championship every damn year (three out of the last four years, to be more precise), according to geotagged data.

The official Raptors hashtag (#WeTheNorth) was used more often in 47 of 50 states than the Warriors’ hashtag (#DubNation). The only states to use #DubNation more often than #WeTheNorth are California, neighbouring state Nevada, and Hawaii. 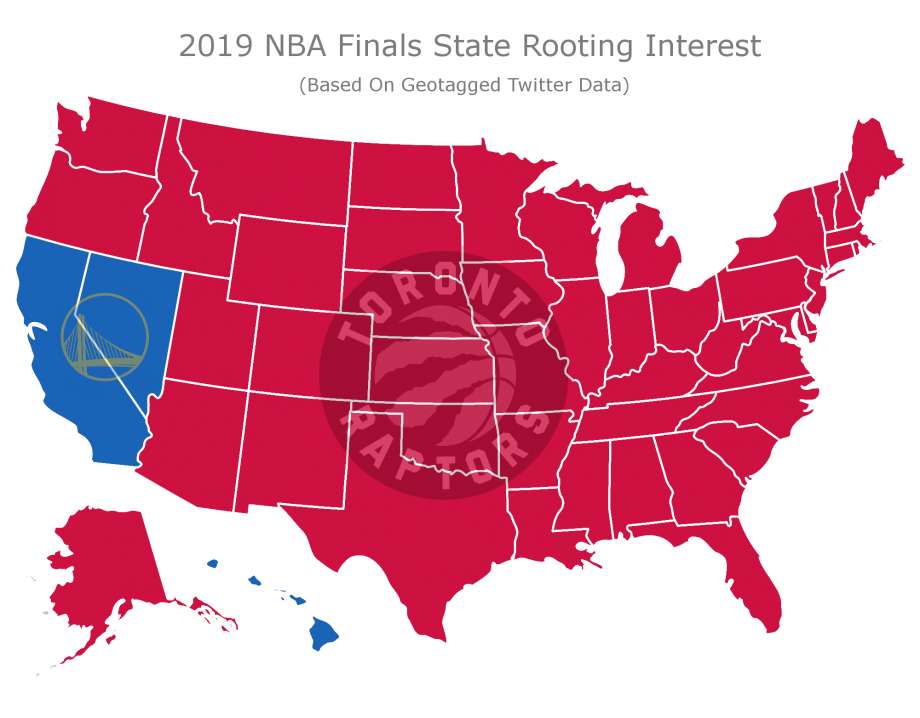 While not everyone is cheering for the Raptors north of the border, most of Canada has jumped on the bandwagon too. Vancouver leads all Canadian cities in mentions of #WeTheNorth during the playoffs, followed by Ottawa, Montreal, Hamilton, and Calgary.

That ranking differs from the regular season, in which Hamilton mentioned #WeTheNorth more than anybody, followed by Ottawa, Montreal, Edmonton, and Vancouver.

Here’s some more data, courtesy of Twitter, during the postseason:

Despite having home court advantage, more wins during the regular season, and winning the season series between the two teams, the Raptors enter the NBA Finals as unquestioned underdogs. This, despite the fact that Golden State’s best player, Kevin Durant, is currently injured.

The reason for that is simple. The Warriors are one of the greatest teams in NBA history — even without Durant. They’ve won eight of the last nine past NBA Finals games — all against LeBron James.

Can the Raptors pull off the upset? If they do, it’ll make a lot of people happy on both sides of the border.