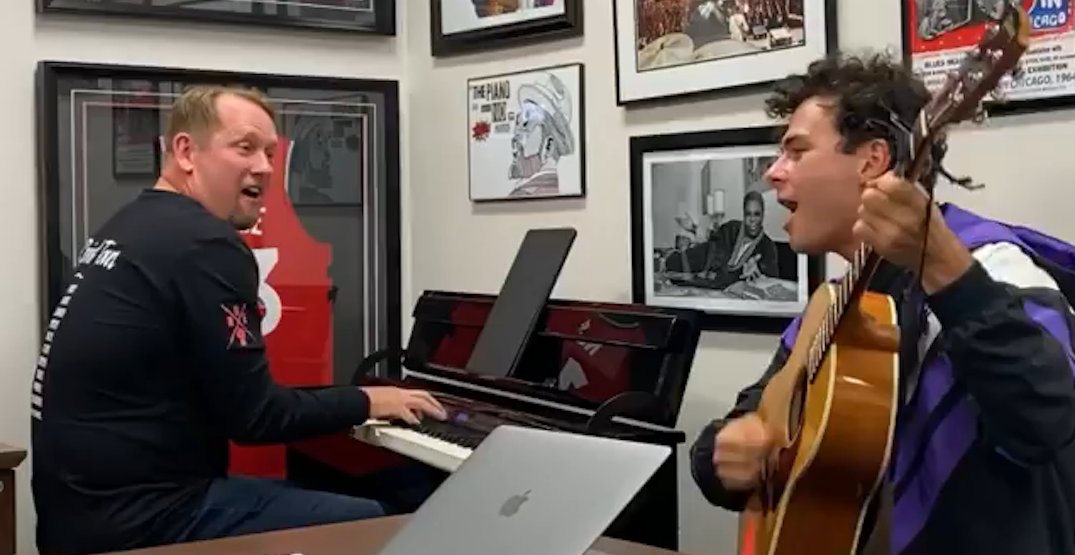 Nick Nurse’s musical talents were on full display once again this weekend.

Nurse is multitalented musically. The NBA’s reigning Coach of the Year is well known for playing the guitar, as he displayed at an Arkells concert in Toronto last year, but in this video he proved he’s a pretty good pianist and singer too.

The duo first played the Arkells’ song “Quitting you,” before performing a cover of the 1971 Bob Dylan hit song “I shall be released.”

Had a big show on Friday nite. Nurse & Kerman. A massive 2 song set to celebrate the release of RAPTURE, coach’s new book. Bangers only: Quitting You / I Shall Be Released.