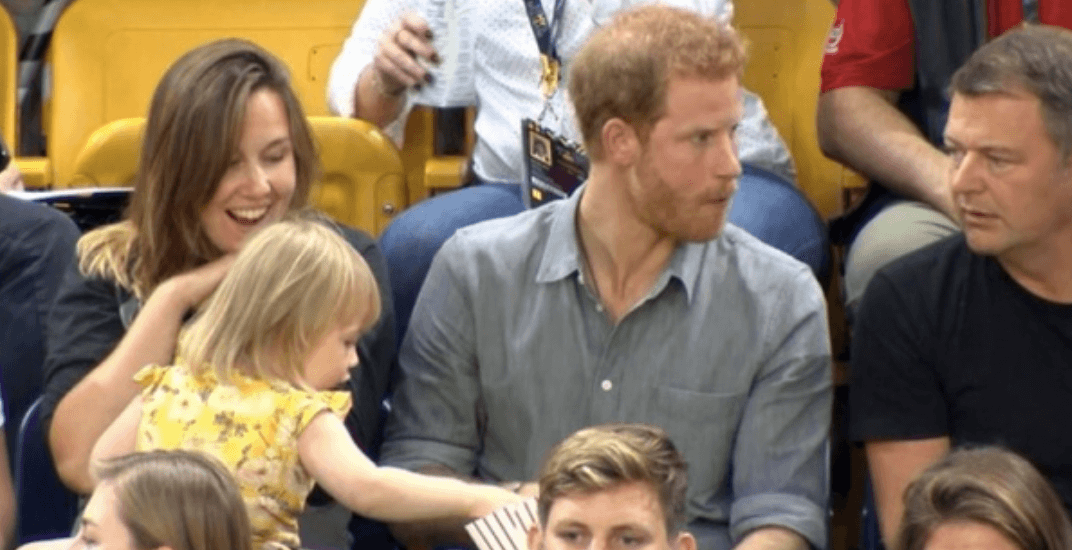 This toddler wasn’t going to let Prince Harry stop her from getting some popcorn.

Video footage of the girl, named Emily, sneakily grabbing some of Price Harry’s popcorn was captured during a volleyball game at the Invictus Games in Toronto on Wednesday evening.

A toddler takes popcorn from Prince Harry during the #InvictusGames. What happens when he realises what’s going on? https://t.co/XKV051JCx8 pic.twitter.com/SX975rSipp

Turns out the little girl is actually the daughter of Dave Henson, an Invictus Games and parasport track athlete.

Prince Harry made a sweet little friend at the volleyball, Emily Henson, daughter of Invictus legend Dave Henson and his wife Hayley pic.twitter.com/f6znotZfQ3

Emily is seen snacking away on the Prince’s treat while he watches the game and chats to a friend next to him.

It takes Prince Harry a good minute before he notices. Of course, he had to tease her a bit before sharing his snack.

This looks like the beginning of a beautiful friendship.