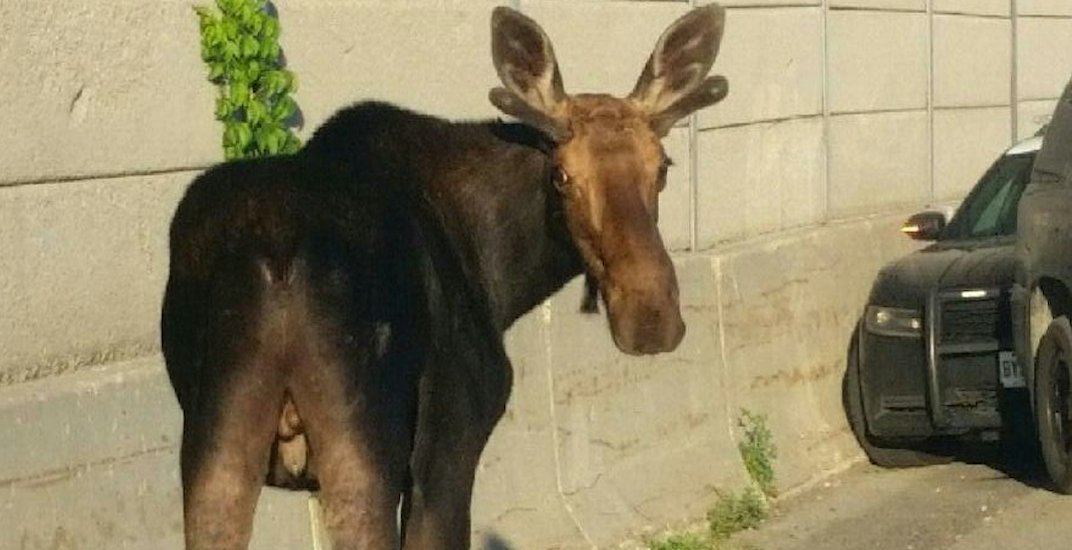 Ottawa drivers experienced a slight delay during their morning commute this morning, but not for the usual reason.

To put it simply, a moose was on the loose along Highway 417 in west Ottawa.

According to police, the moose was walking near Pinecrest Road, which resulted in both lanes being closed down.

Take an alternate route this morning as emergency responders assist @ONresources with the moose on the #417 East at Pinecrest. #OttTraffic #ottnews pic.twitter.com/Dx6MBnJeLq

From images shared online, you can see police officers and provincial officials used their vehicles to block the animal in and keep it safe from traffic.

You can also see that the moose appeared to have an injury to its leg.

However, two hours after the incident, Ottawa police tweeted the moose would not be able to recover from its injuries.

Unfortunately @HighwayMoose would not be able to recover from his injuries.

We thank everyone for their patience in #otttraffic this morning. https://t.co/udbhEMO1Ng

Daily Hive Toronto reached out to the Ministry of Natural Resources, who confirmed the moose’s injuries and said after consulting with a veterinarian the moose was euthanized for both its injuries and for public safety.