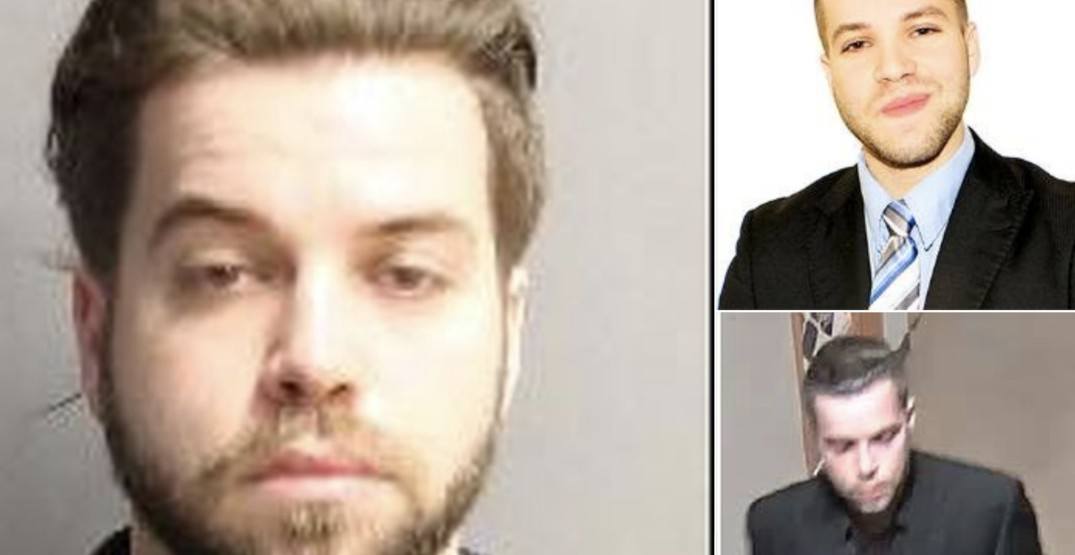 A man connected to a fatal collision in Toronto is currently in the Vancouver area, according to police.

Toronto police say that on August 10 and 8:57 pm, a 71-year-old man was riding a motorcycle westbound on Brimorton Drive. A man driving a black Dodge Challenger northbound on Bellamy Road struck the motorcycle.

The senior was pronounced dead on the scene and the man driving the Dodge fled on foot.

Police have identified Marc Laurin, 29, of Toronto as the suspect and he is wanted on a Canada-Wide Warrant for:

Laurin is being described as 5’6″, 160 lbs., with a medium build, short black hair, and he was unshaven. He was last seen wearing a white t-shirt, dark pants, and a dark blazer.

He is believed to be in the Vancouver area and police say he is violent and dangerous. If located do not approach him and call 911 immediately.