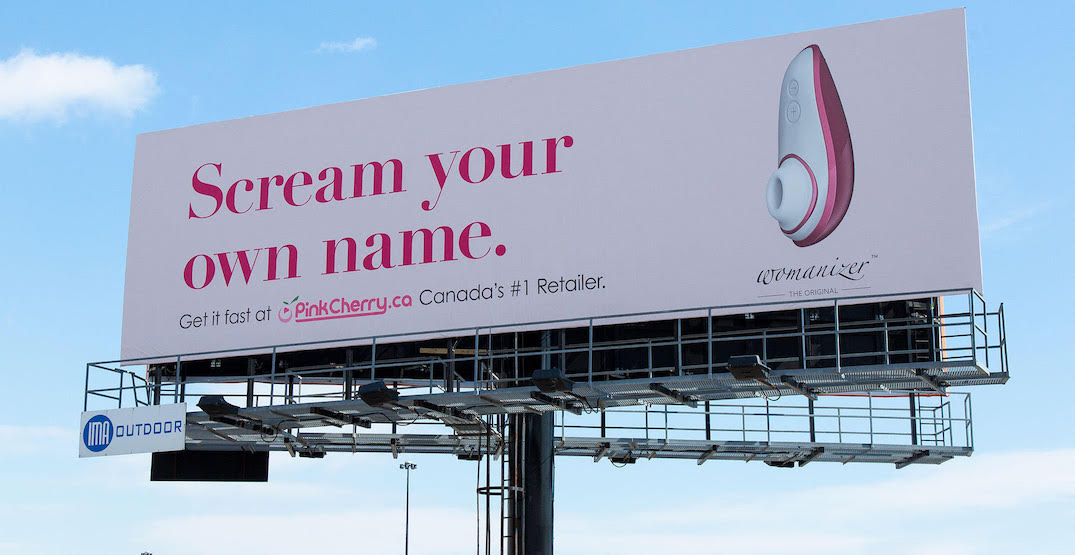 For drivers who take the QEW regularly, the provocative ad takes up a billboard at the 427.

According to the agency behind it, sex toy ads have historically been relegated to classifies and “other lower profile publication.”

But this one is front and centre – along one of Canada’s busiest highways.

The ad is for WOW Tech Group’s sex toy brand ‘Womanizer,’ and the large words that can be read from the driver’s point of view are “scream your own name.”

The ‘Womanizer’ has been up for three weeks, which is record-breaking in North America for its kind. The media buy was also extended into 2020.

While no regulation strictly prohibits the advertisement of sex toys, a single complaint can often be enough to have ads taken down.

And the being one for women’s sex toys is even more challenging.

“When you are in the business of promoting women’s sexual pleasure and all the benefits that go with that, you’re used to being rejected,” said Stephanie Keating, marketing manager at WOW Tech Group. “You can use sex to sell anything, except if it’s women’s pleasure.”

The Garden’s co-founder said that they have always seen value in what WOW Tech is doing.

“This is a company that believes in the importance of sexual wellness and empowerment for women, and the value of developing and maintaining intimacy between partners,” said Shari Walczak, founder and executive strategy director.

“We’re excited to be a part of helping move the industry forward giving people an accessible way to embrace the message of positive female sexuality.”

And the ad has been up long enough, it seems drivers aren’t too bothered about it.

Last month, following public outcry after an anti-vaccine group launched a billboard campaign in Toronto, the billboards were taken down.