Following the success of the Pan Am Games, the Canadian Olympic Committee (COC) has confirmed that it is spearheading a 2024 Summer Olympic Games bid for Toronto.

On Sunday, COC president Marcel Aubut told reporters he would “use the full power of his office” to push forward Toronto’s sixth attempt to land the rights to host the highly coveted Summer Games.

However, for the bid to succeed it would require the approval and support of the City of Toronto, and the major decision on whether to bid would have to be made over the coming weeks. The deadline to submit the notice of intent to the International Olympic Committee (IOC) to bid for the 2024 Games is coming quickly on September 15.

There has been speculation of a possible bid in the final days of the Pan Am Games, which ended on Sunday with nearly 1.1 million of the 1.4 million event tickets sold. Earlier today, Toronto mayor John Tory told the CBC that a decision on hosting the Games will not be made until after the Parapan Games (the Paralympics equivalent of the Pan Am Games) concludes on August 15.

“I just think today is not the day to answer that question,” Tory told the CBC. “We should let things subside. We’ve got to make sure we execute the Parapan Games as well as we did the Pan Am Games.”

In addition to municipal level support, proponents will have to be seek further additional support and guarantees from both the provincial and federal governments, which both greatly contributed to the cost of Toronto’s $2.57 billion Pan Am Games budget.

It is expected that the Toronto Olympic bid will cost $50 million, and if it succeeds there will be a multi-billion dollar price tag for new competition venues, transportation infrastructure, an Olympic Village, and operational and security expenses.

The undeveloped lands on the city’s Lake Ontario waterfront will likely play a major role in the bid’s venue plans.

If the bid moves forward, this will be Toronto’s sixth Olympic bid in history and its third bid since 1996, which went to Atlanta. In 2001, the city lost again – this time to Beijing for the rights to host the 2008 Games.

Budapest, Hamburg, Hungary, Paris and Rome have already announced their intentions to bid for the Games. A bid by Boston was withdrawn by the United States Olympic Committee today due to low public support, a move that cements Toronto’s position as the exclusive bid from North America and increases its chances dramatically.

The IOC will make a shortlist of candidate cities in spring 2016 and vote on the location of the host city in September 2017.

The host city for the 2022 Winter Olympics this Friday during the IOC’s 128th session in Kuala Lumpur, Malaysia. The vying cities are Beijing, China and Alamty, Kazakhstan.

*Note: “Operating Budget” refers to the costs associated with Games planning and operations by the Local Olympic Organizing Committee.

The Olympic Waterfront Plan, where many venues would have been located for the Toronto 2008 Olympics. 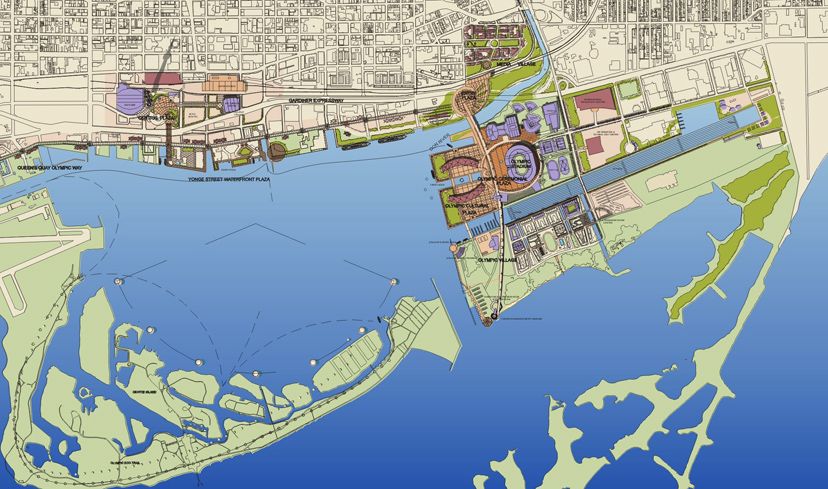 Artistic rendering of the Toronto 2008 Olympic Stadium, the venue for ceremonies and track, at the waterfront lands. 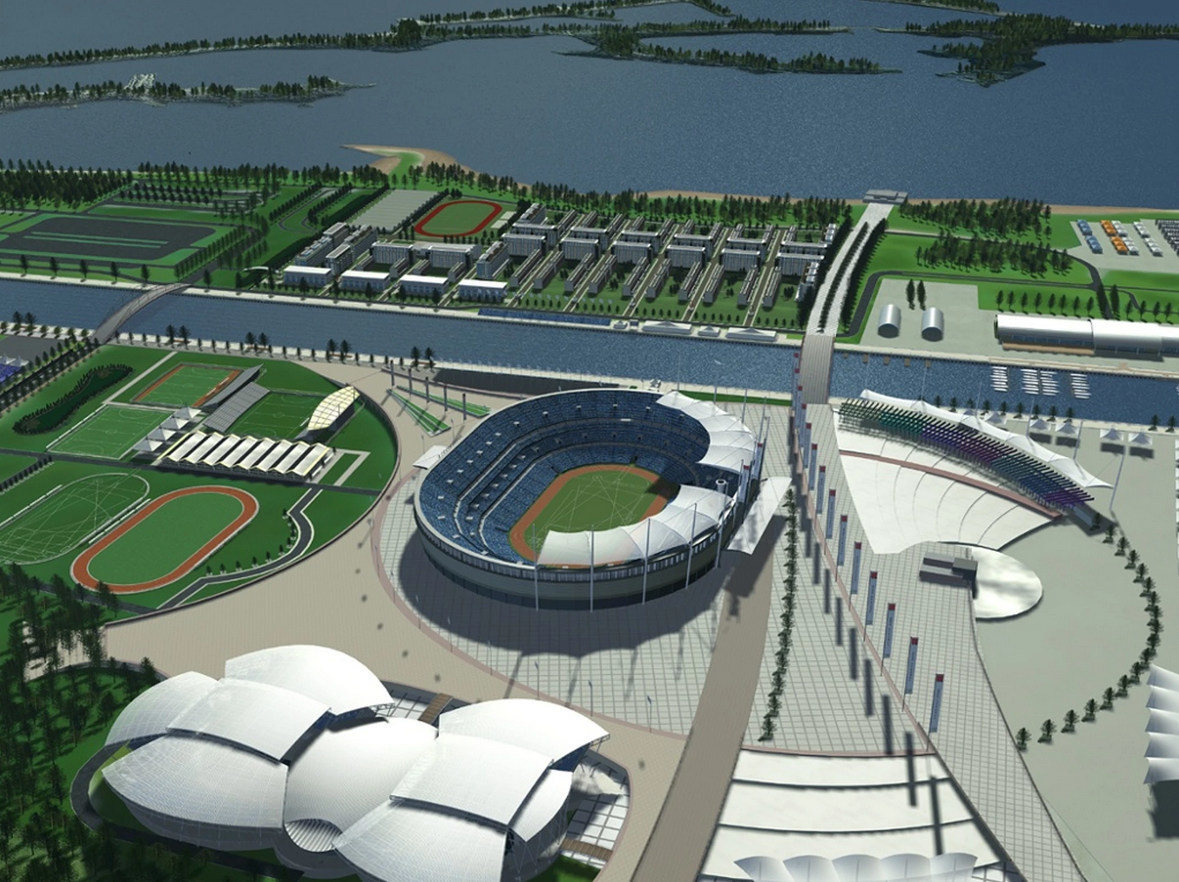