That’s the promise a Toronto man has made, and he will be launching his new business around it in the next two weeks.

It is no secret that airline ticket prices are not cheap. However, Jordan Bishop claims to have found a way to fly for almost free, and he is willing to share his secret with you.

After finding and booking an amazing flight deal that had him and nine friends flying from Toronto to Milan, and later continuing on to Tokyo for just $150 back in May, Bishop has devoted endless amounts of time to learning the ins and outs of the airline industry.

His research has paid off, as Bishop believes he has found the answer to flying on a dime. Bishop does not want to keep the secret to himself, and he has decided to help others find these flight deals as well. Bishop calls his project ‘Yore Oyster.’ 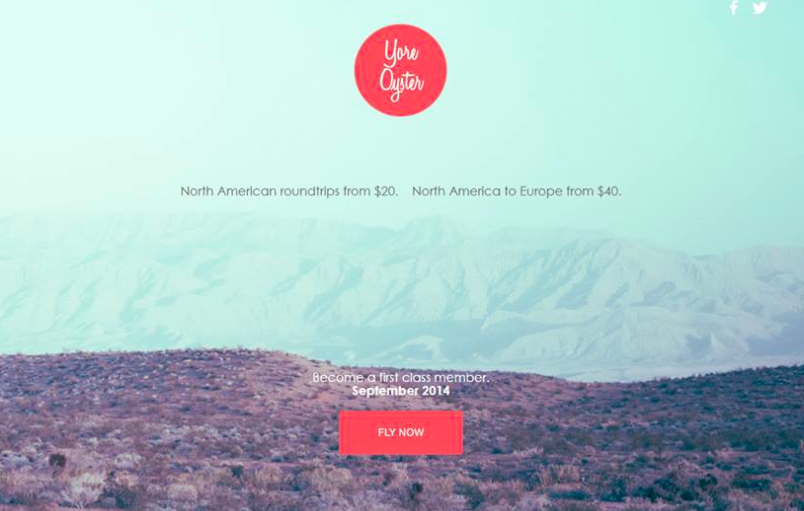 Bishop originally planned to launch the business in a private beta of just 20 people, but the overwhelming number of signups pushed him to launch publicly instead. Here are a few of the flights he is promising:

Vancity Buzz first covered a story about the 22-year-old entrepreneur this past July as he was the creator of a mystery crowd funding campaign. Bishop decided to sell a product to interested buyers, without telling them what it was. His idea garnered a lot of attention as he was featured on Business Insider and Reddit. Since then, his mystery product has been unveiled and is available online.

If you are interested in Bishop’s new venture and you want to find out how to fly for almost free, be sure to keep tabs on the project’s Twitter and Facebook pages. Yore Oyster is launching in 1-2 weeks, but before that you can read  more about Bishop’s full offer here.