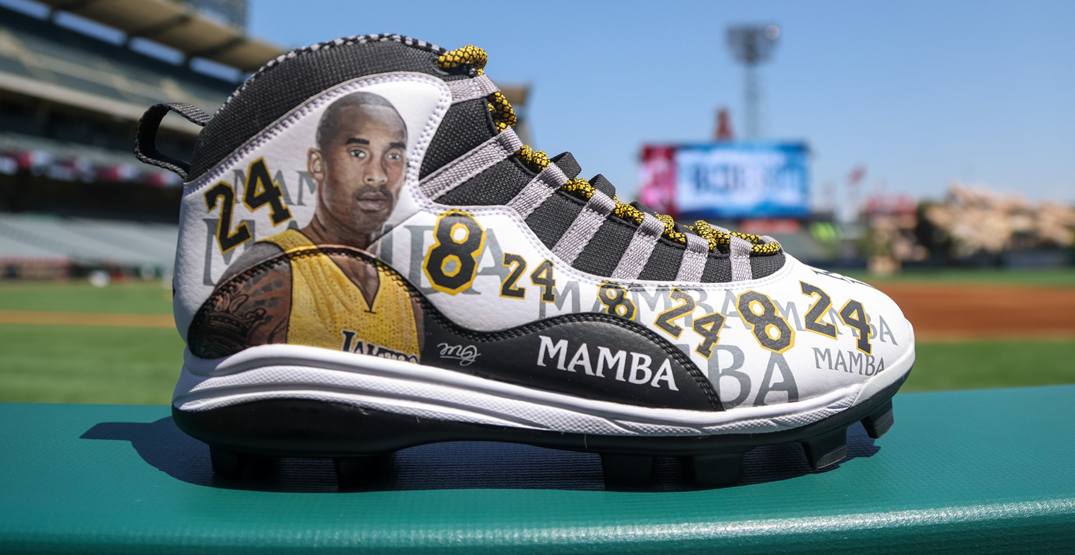 Los Angeles will always be synonymous with one of the greatest father and daughter basketball duos, Kobe and Gigi Bryant. So, when the Blue Jays rolled into the city of angels for a four-game series, it only made sense to pay tribute to these legends.

Vladimir Guerrero Jr. sported these custom Air Jordan Jumpman cleats in honour of the “Black Mamba” and the “Mambacita.” These cleats were hand-painted by custom shoe artist Mike Jordan.

Over the years, MLB pitcher Derek Holland commissioned Jordan to design several one-of-a-kind cleats, including kicks featuring Mr. Rogers, Super Mario, Michael Scott’s character from “The Office,” and even a “Pirates of the Caribbean” themed set of cleats.

After the Blue Jays-Angels series, the purple custom cleats will be sent to Vanessa Bryant. It’s a beautiful way to pay tribute to the Bryant family.