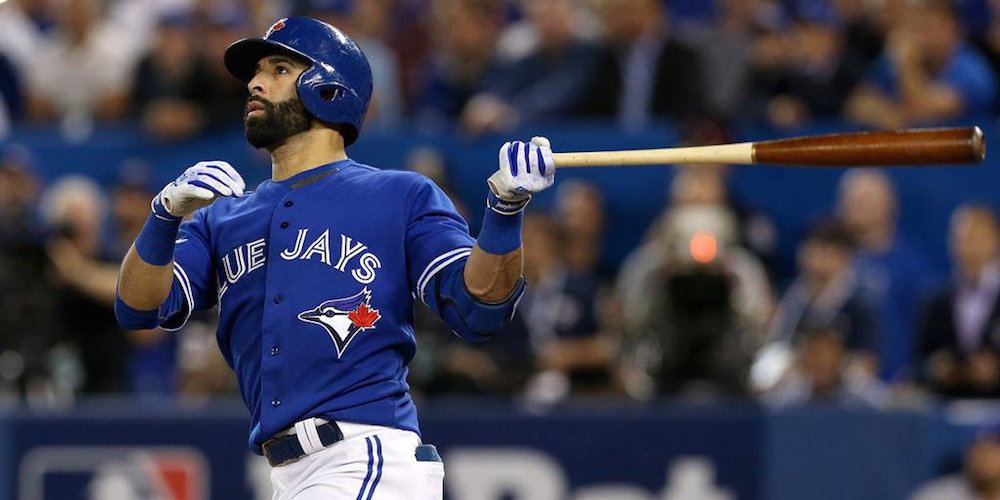 On Tuesday night as throngs of giddy Jays fans spilled onto Front Street after the Edwin Encarnacion moon shot home run clinched the wild card game, a salty chant was shouted. Let’s just say, it started with ‘F’ and ended in ‘Texas’.

In the annals of great sporting rivalries, the Toronto Blue Jays and Texas Rangers wouldn’t even merit a footnote. But since the two teams met in an epic ALDS series in 2015, there has been – cue the worst Taylor Swift song ever – bad blood.

It’s easy to pinpoint when it started. Game 5 of the 2015 ALDS, and Bautista smashing the series-winning homer.

Blue Jays fans remember it as one of the greatest moments in the team’s history. For Bautista’s detractors – who include a majority of the Rangers, it was showmanship and poor sportsmanship at its worst.

Jose flipped his bat, he stared and admired his home run for too long, he ‘disrespected the game’.

This narrative is frustrating for a number of reasons. It conveniently forgets that the Rangers set the stage for the home run by committing a series of errors that let the Jays back into the game.

It allows Sam Dyson, the pitcher who gave up the home run, to feel aggrieved, rather than acknowledging he threw a bad pitch. Guaranteed if Dyson had struck Bautista out, he would have been celebrating too.

It says that showing emotion and celebrating is ‘wrong’. Hockey players cheer after every goal, as do soccer, football, and players of basically every other sport.

And it’s this outdated sentiment that spilled over into the final Toronto/Texas series of the regular season, which ended on May 15 with a Rougned Odor sucker-punch of Jose Bautista and an aggressive benches-clearing brawl.

Can I get an Amen! Round Two here we go! #Odor #Bautista #Rangers #BlueJays #4TheRangers pic.twitter.com/OIQC7VTpnT

You can be sure that residual anger will be carried over into the ALDS.

For too long, baseball has held itself to a bizarre and staid standard with meaningless ‘codes of conduct’ that allow retaliation of inside pitches and violence for anything considered to be ‘showing up’ a player.

Apparently, a playoff series-winning home run needs to be treated with the quiet reverence of a church sermon.

Baseball is often called the most ‘boring’ professional sport. It needs heady, thrilling moments like the bat flip. Emotion, passion, and excitement are what fuel all sports, and one thing can be assured, this ALDS will bring it.

So wave your rally towel high and wave it hard. Remind the Rangers they’re in our house.

Make them remember what happened the last time they played an elimination game here.