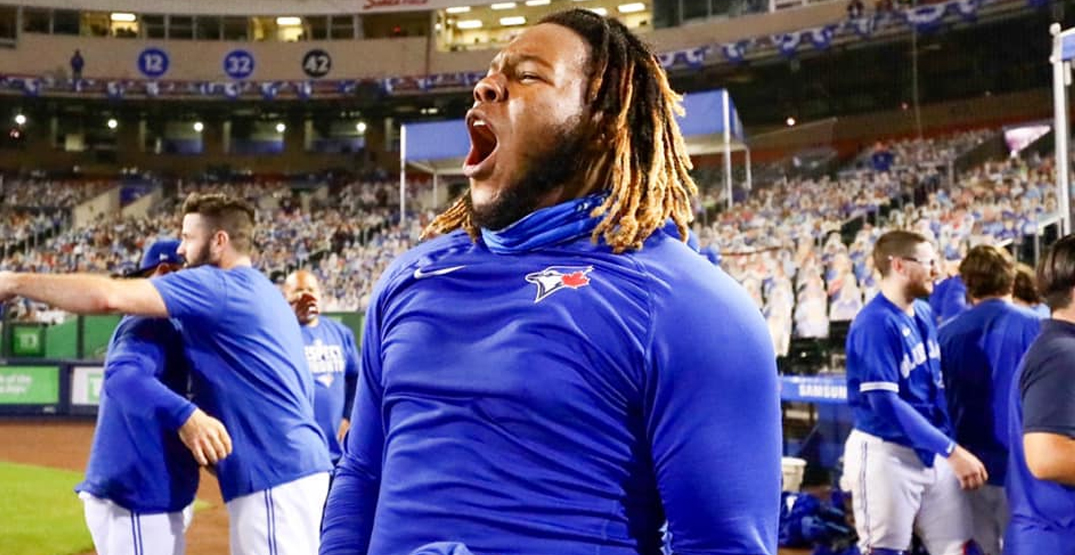 The Toronto Blue Jays and Tampa Bay Rays faced off 10 times during the regular season, and now they’ll play each other at least twice more. This time, in a best-of-three series with their seasons on the line.

Despite an 11th-hour push by the Blue Jays to elevate themselves into fifth place, the Jays finished in eighth place in the American League. That means they’ll face their division rivals, the Tampa Bay Rays, in the opening round of the MLB playoffs.

These teams know each other very well, as the clubs typically face each other 18 times during a typical season, and 10 times during the compressed 60-game schedule. On paper, it looks like a David and Goliath-type matchup, but the Blue Jays are no layup, and the Rays aren’t nearly as invincible as their record suggests.

Blue Jays manager Charlie Montoyo hasn’t officially announced their starting pitchers for this series, but it looks like Taijuan Walker will get the ball for the series opener on Tuesday against Cy Young winner, Blake Snell.

Toronto’s ace Hyun-Jin Ryu took the mound for the Blue Jays’ playoff clincher on Thursday, but he threw a season-high 100 pitches. Montoyo indicated they may give Ryu an extra day rest to recuperate, which would put him on target to start Game 2 of the series.

Meanwhile, one of the most valuable acquisitions at the trade deadline for any team was Taijuan Walker. In a Blue Jays uniform, he’s been money in the bank, pitching to a 1.37 ERA in six starts for the Blue Jays.

The Rays will roll with 27-year-old fireballer Tyler Glasnow in Game 2. Despite an inflated ERA this season, Glasnow was one of the biggest strikeout pitchers in baseball in 2020, striking out 91 batters in 11 starts for Tampa Bay. He figures to do damage to Blue Jays hitters from both sides of the plate.

If the series goes to a third and deciding game, the Blue Jays could roll out many options, with pitchers like Matt Shoemaker, Robbie Ray, and Ross Stripling as possibilities. Montoyo may not even opt to use a traditional starter and instead deploy a parade of hard-throwing relievers in a potential game three.

On the opposing side, the Blue Jays would meet Charlie Morton for the second time this season, a pitcher they faced on Opening Day. Toronto teed off on Morton during his first start of the season, scoring seven runs in four innings.

Two of the Blue Jays’ most important hitters are heating up at the perfect time. Lourdes Gurriel Jr. capped off a stellar month of September, slashing .368/.394/.653 with seven home runs and 22 RBI’s.

It was an up-and-down season for Vladimir Guerrero Jr., but he finished the regular season on a hot note, connecting for five extra-base hits and slugging .852 in during the last week of the season.

If Gurriel Jr. and Guerrero Jr. continue their torrid pace into the first round of the playoffs, the Blue Jays have a fighting chance against the Rays.

On the flip side, Brandon Lowe and Nick Anderson are two names the Blue Jays should familiarize themselves with (if they haven’t already). Lowe was the Rays’ best hitter all season long, and he followed up his top-three Rookie of the Year campaign in 2019 with an equally impressive sophomore season.

The Rays’ bullpen was a cast of rotating characters all season, as they used 12 different relievers to lock down saves this season. Nick Anderson led Rays relievers with six saves, but his strikeout-to-walk numbers are some of the best in baseball.

Anderson struck out 26 batters over 19 innings of work, and he only walked three batters all season. If the Blue Jays run into Anderson in late innings, they’ll have a tough time reaching base, let alone scoring runs off the right-hander.

A season series of close games

Tropicana Field has been a house of horrors for the Blue Jays for many years, but the Jays held their own against the Rays this season both in Tampa Bay and in Buffalo at Sahlen Field.

The Blue Jays were 4-6 against the Rays this season, but five contests were one-run games, and three games were decided by only two runs. Toronto also outscored Tampa Bay 48-44 during the regular season.

In five of six of their losses to the Rays this season, the Blue Jays were tied or led heading into the eighth inning. A few of those losses could’ve gone either way, which adds another level of intrigue to this playoff series.

Who will win the series?

The Rays are one of the craftiest teams in Major League Baseball, so expect their manager Kevin Cash to pull all the strings in this three-game series against the Blue Jays. The Rays have the edge in the starting pitching, bullpen, defence and base-running departments.

Meanwhile, the Blue Jays have a better overall lineup and scored 5.03 runs per game this season compared to the Rays’ 4.81 runs per game. However, pitching always plays in the postseason, so Toronto will have a tough task facing three elite starters and a dynamic bullpen.

Despite owning the best record in the American League, the Rays are not an unbeatable juggernaut. Overall, they’re a much more well-rounded team, but the firepower in the Blue Jays’ lineup could be enough to topple a former Cy Young-winner (Snell) and a top-three Cy Young finisher last season (Morton).

The games won’t get any easier for the Blue Jays once Cash turns the game over to the Rays bullpen, which means the Jays need to pile on runs against the starting pitchers to have a shot against the Rays. It will be an uphill battle, but not an unsurmountable one.