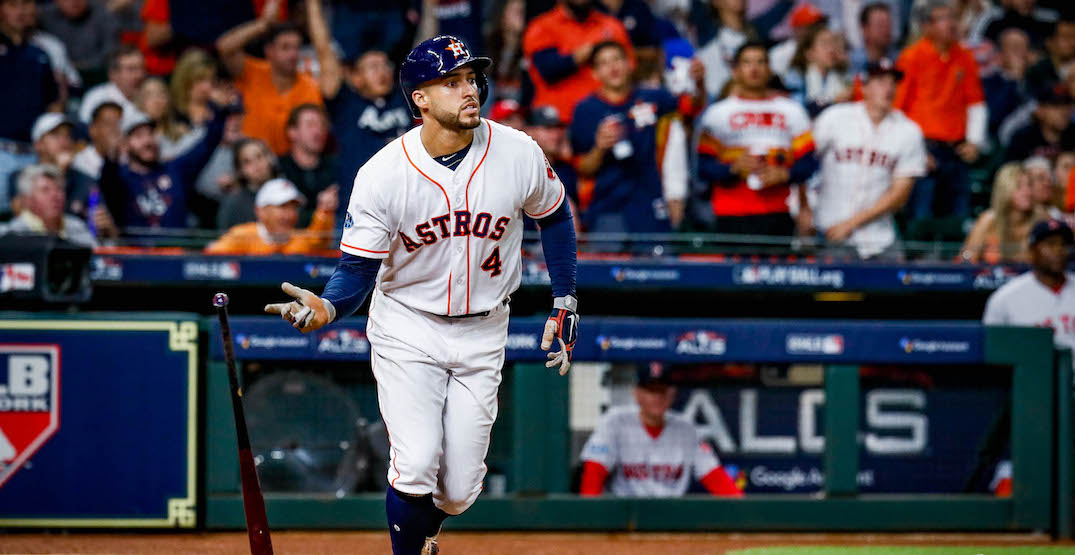 If there’s an MLB free agent available on the market, chances are there’s at least one report linking them to the Toronto Blue Jays. Yes, the Jays are seemingly “in” on anyone and everyone this offseason.

That may be posturing by these players’ agents to drum up some business, but it’s no coincidence that Toronto is rumoured as the destination for many of these big ticket free agents.

Whether it’s former World Series MVP (with an asterisk, of course), George Springer of the Houston Astros, two-time batting title winner DJ LeMahieu of the New York Yankees, or arguably the best catcher in baseball right now, J.T. Realmuto (Philadelphia Phillies), the Blue Jays have their hands in a lot of cookie jars.

Although the Blue Jays have five (yes, five) catchers on their 40-man roster, Craig Mish of MLB Network reports Toronto is the latest team to check in on Realmuto, the two-time All-Star backstop.

The Toronto Blue Jays are one of the teams that will be vying for free agent All Star Catcher JT Realmuto this Winter. I would expect them to be involved throughout the process. Per sources.

Earlier this week, Jon Morosi of MLB Network posited the Blue Jays were interested in Korean infielder Ha-seong Kim, one of the KBO’s top position players who was just posted for free agent signing.

NEWS: Ha-seong Kim, one of the top position players in Korea, will be posted tomorrow, according to my friend @Jeeho_1. The #BlueJays are among the teams that have evaluated him closely prior to the posting process, source says. @MLB @MLBNetwork https://t.co/UYHZeOUJmY

It’s reached the point where if the Blue Jays don’t swing for the fences in free agency, some might view this offseason as a bit of a disappointment. And with several teams trimming down on payroll, this winter might be advantageous for the Blue Jays to flex their financial muscle and bring aboard a few marquee players.

It makes sense why so many insiders are predicting Toronto as the landing place for many of these free agents. As a team on the rise, the Blue Jays have a fairly modest payroll heading into the 2021 season and have more than enough room to absorb at least one or two big-money contracts.

Other than Hyun-Jin Ryu, Tanner Roark and Randal Grichuk, every other Blue Jays player will make less than $10 million next season. With upwards of $70 million total committed for the 2021 campaign, the Blue Jays project to have a bottom-third payroll.

The Blue Jays are also a team on the precipice of contention. With their young core headlined by Bo Bichette, Vladimir Guerrero Jr. and Cavan Biggio, the club is ready to take the next step towards becoming a perennial contender. One way to help push them over the top would be a Springer, LeMahieu, or Realmuto.

Just to reiterate, it’s easy for agents to throw the Blue Jays out there as prospective suitors for these players because Toronto does their homework. They’ve likely checked in on every single free agent this offseason that fits their needs.

And this could be one way of drumming up business; to paint the Blue Jays as a suitor in order to increase demand among other teams. Despite the tornado of rumours involving the Blue Jays, this winter genuinely seems like one when they’ll pay to play.

Last winter, the Ryu signing more or less came out of left field, as few were expecting the Blue Jays to pay market value for one of the best free agent starting pitchers on the market.

This year, the Jays don’t have the element of surprise working for them anymore, but that doesn’t mean lightning can’t strike twice for this team.