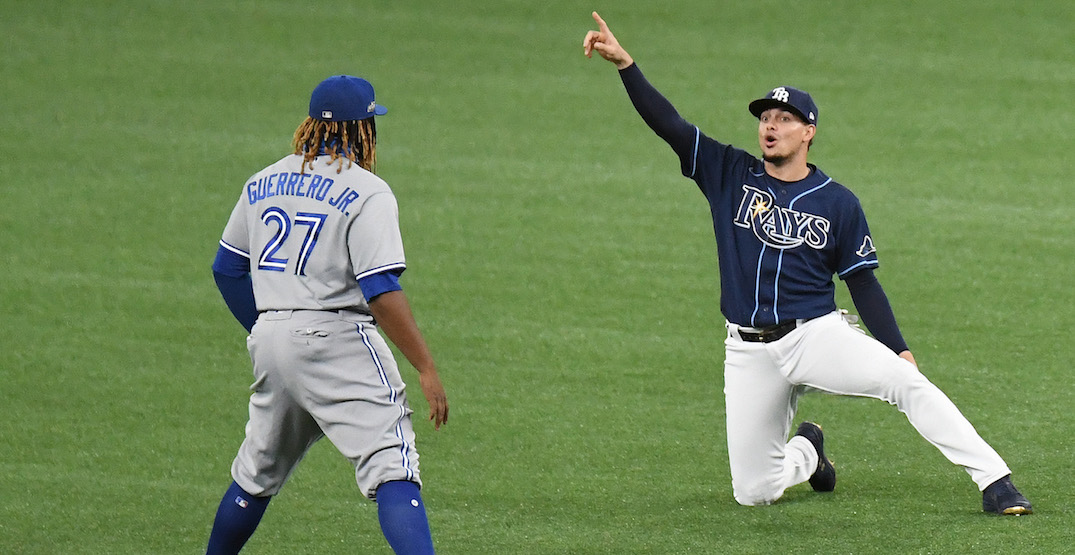 Road teams always have a disadvantage walking into the visitor’s clubhouse, but for whatever reason, some stadiums are especially unwelcome to certain teams on the road.

Take Tropicana Field for example; the home of the Tampa Bay Rays has been dubbed as a “house of horrors” for the Toronto Blue Jays due to their atrocious record in that ballpark over the years.

Maybe it’s the suspended catwalks from the roof of the stadium, maybe it’s the cowbells which echoed incessantly the ballpark, or maybe the Rays’ managers played the Blue Jays like a fiddle in Tampa Bay.

Back in 2014, Blue Jays manager John Gibbons acknowledged the team’s suspicious struggles inside the home of the Rays. “House of Horrors man, weird things happen down here, I’ll tell you that,” Gibbons told Mike Rutsey from the Toronto Sun.

Weird things have been happening to the Blue Jays in that stadium since 1998. Out of any divisional opponent, the Blue Jays have the worst win-loss record on the road in Tampa Bay, and it’s not even close.

Here’s a look at how they fared against all American League East opponents since 1977:

This isn’t an isolated incident, either. It’s been an ongoing issue since the Rays played their first full MLB season in 1998. And they’ve been terrorizing the Blue Jays ever since.

Whether it’s been on the road or at home, the Rays always play the Blue Jays very tough, but things always seem to go sideways when the Jays visit the hellscape that is Tropicana Field. It’s no wonder teams despise playing there because it’s everything a ballpark shouldn’t be.

And yet, despite the quirks of the ballpark, the Rays capitalized on their shotty stadium, which has given teams like the Blue Jays a run for their money over the years.

Drilling down even further into the yearly records, and the Blue Jays’ struggles at the Trop become even more magnified. In their 23 years of visiting Tropicana Field, the Blue Jays have had a winning record during their season series only three times.

At one point, the Blue Jays had a seven-year stretch where they could not win a series at Tropicana Field. They won two out of three in April 2007 and didn’t win another series in Tampa Bay until September 2014, a stretch of 22 consecutive winless series at the Rays’ home ballpark.

In fact, in a very bizarre turn of events, on the night they exorcised their seven-year losing streak at Tropicana Field, this happened; lightning struck near Tropicana Field and knocked out a bank of lights at the ballpark.

The game was delayed 30 minutes while crews tried to restore power. Meanwhile, when the lightning hit, it nearly spooked Blue Jays outfielder Melky Cabrera right out of his uniform.

And for those who want to dive even further down the rabbit hole, the Blue Jays reportedly stay at the Vinoy Hotel when they visit Tampa Bay. According to multiple encounters over the years by visiting ballplayers, the hotel is allegedly haunted.

In 2014, the Blue Jays posted a 6-4 overall record on the rival’s home turf and finally broke the curse of Tropicana Field. But it was only a short-lived reprieve, as the Jays haven’t won a season series in Tampa Bay since.

And to pile onto the lore of Tropicana Field being a house of horrors for the Blue Jays, the Rays ended the Blue Jays’ 2020 season unceremoniously, sweeping them out of the playoffs with two straight losses. As quickly as Toronto’s postseason began, it was over.

Now the Blue Jays return to the scene of the crime of many heartbreaking losses and series defeats against one of their toughest opponents in franchise history. Because of the unbalanced schedule, the Blue Jays see a lot of the Rays, and they’ll play each other 19 times this season.

Not that one small subset of games indicates anything, but if the Blue Jays can somehow string together a winning record at Tropicana Field this year, it will bode well for Toronto’s chances at the end of the season.

It’s never easy playing on another team’s home field, but for a multitude of reasons, the Blue Jays always have the most difficulty playing on Tampa Bay’s artificial turf.