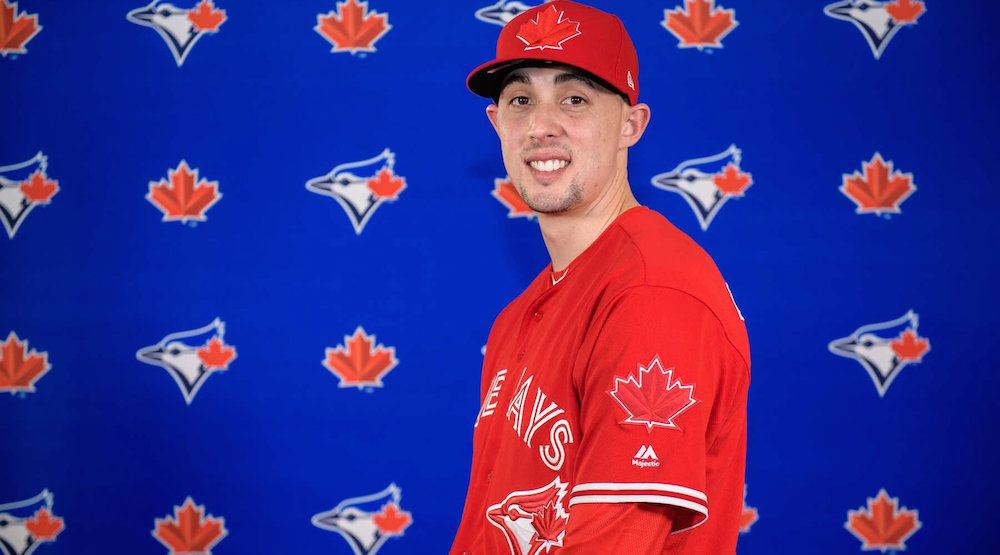 The Toronto Blue Jays are wrapping their arms around the Canadian flag. Or is the flag wrapping itself around them?

Canada’s lone Major League Baseball franchise unveiled a brand new red and white uniforms on Friday. The team is calling this their “Canadiana” look and features their red maple leaf alternate logo on a red cap.

👀 Another look at our red and white alternate uniforms! 🔥🔥🔥 pic.twitter.com/bsGFluwlNa

The Jays swill wear their reds on Sunday home games in 2017, as well as other select games in July to honour Canada 150 celebrations.

“I’ve always been a fan of the red jerseys. I’m glad we got them into the rotation,” said Jays pitcher Aaron Sanchez. “We know we play for an entire country, so it’s nice to have a uniform that acknowledges our fans from across Canada.”

Spring training is just around the corner for the Jays, with Grapefruit League play beginning on February 26.