Google released their Year In Search trends report for 2015 and Vancouverites can’t seem to get enough real estate.

The Vancouver housing market has been a contentious topic for 2015, due to rising real estate prices and foreign investment. Of all the Vancouver neighbourhoods people Googled, Yaletown came out on top, beating out Gastown and Kitsilano by 20 per cent. 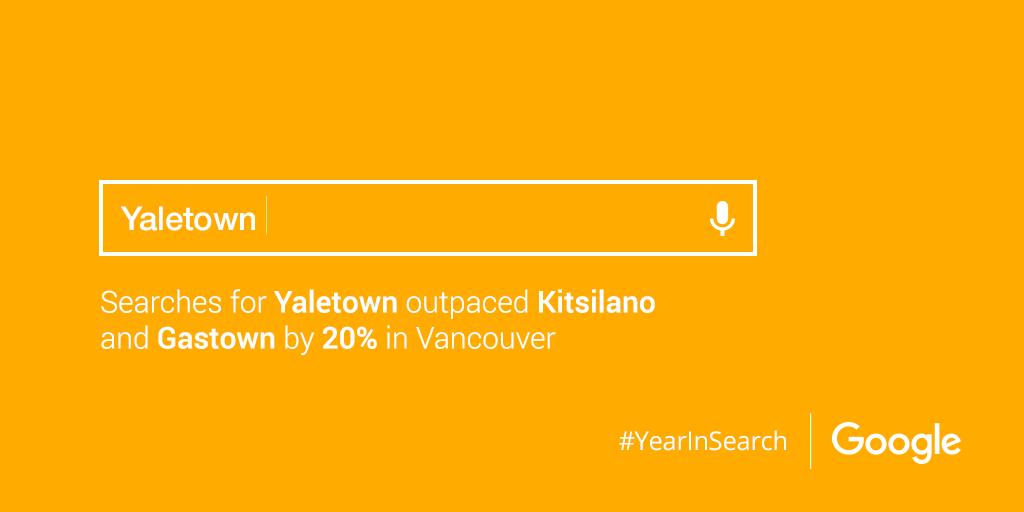 Despite experiencing a record-breaking drought this past summer, the rain came back this fall with a bang, and the search query umbrella managed to beat out sunscreen. 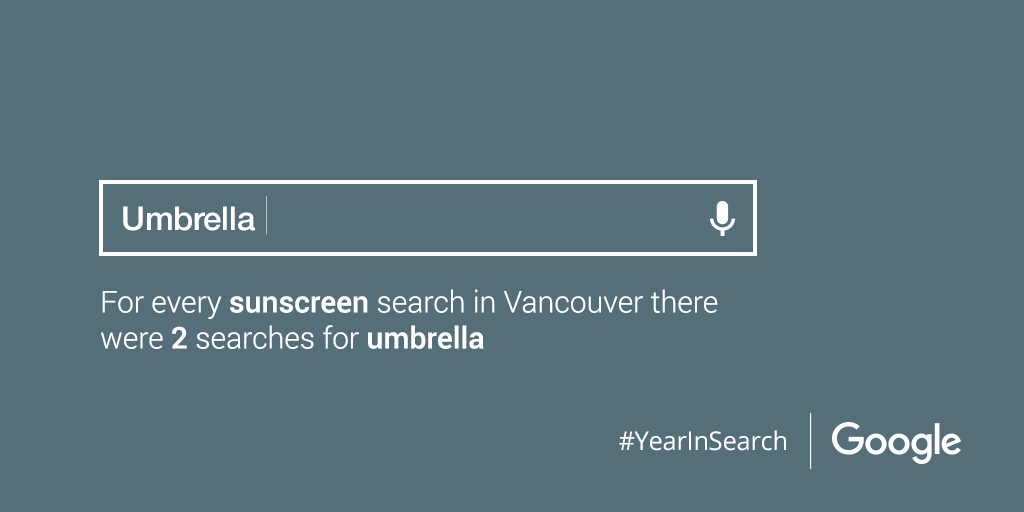 Unsurprisingly when it came to mountains, Vancouverites most often Googled Whistler, but the frequency is a bit astounding – Whistler beat out Blackcomb by 900 per cent.

No love for Blackcomb. 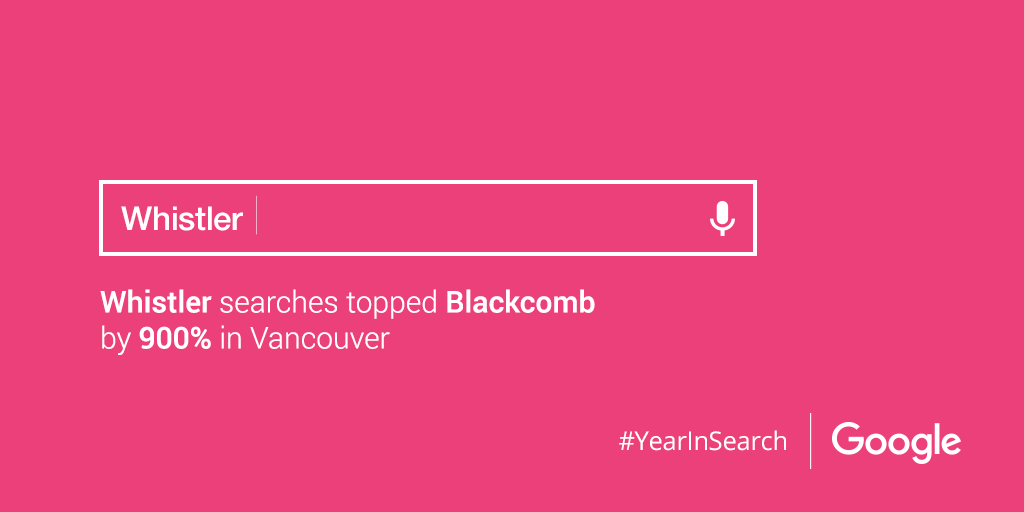 As far as the word “Vancouver” goes as a search query, it appears to be experiencing a steady decline since 2005, minus an extreme spike during the 2010 Olympics.

And for those of you who are wondering, here are the ten most Googled terms across Canada for 2015:

To check out more of what Canadians Googled in 2015, click here.