With the NHL trade deadline fast approaching, many writers are scrambling to tell the Vancouver Canucks what trades to make. They’ve got spreadsheets, they’ve got arguments, they’ve got angry words…it’s quite an arsenal.

But as Malcolm in the Middle once said, “they’re so preoccupied with whether or not they could, they didn’t stop to think if they should.”

Which is why I felt it would be a good idea to go over some of the trades Jim Benning should absolutely, under no circumstances whatsoever, make on trade deadline day. Deals that have been rumoured in the background, some for quite a while, that might be tempting to Jim. Trades that Jim just has to look square in the eye and as Magneto himself once said, shout “You shall not pass!”

1. Henrik Sedin for a banana

Here’s the thing. Everyone loves a banana. It energizes the room, few can deny that. And it might be tempting to trade Henrik Sedin for a young up and coming unripened banana. The problem is once you start digging into the data. When you do, you find a pretty remarkable trend; Bananas have terrible Corsi. 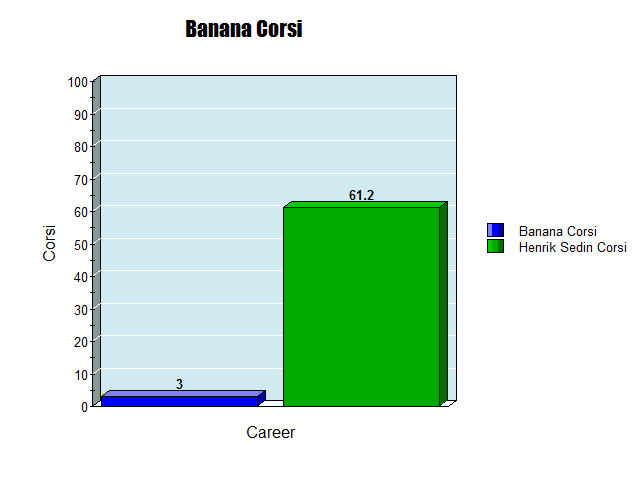 Henrik’s career Corsi is 61.2%. That is pretty amazing. The guy is a wizard at controlling the play. Bananas? Three. Three Corsi. This means that if you put that banana on the ice? Odds are it won’t be generating any shots for your team.

In fact, the other team will probably walk all over the banana and get the majority of the shots. Unless they slip on the banana, and the play turns the other way. Mario Kart strategy is still sadly underutilized in hockey, however. so the odds of this are low.

So what it comes down to, is how much do you value being good in the room? Do you want a good culture guy like a banana? Do you value that over Henrik Sedin’s skill? Do you think a banana can replace the leadership in the room that was lost when Derek Dorsett and Gudbranson fell to injuries?

Most people would agree, after seeing the Corsi, that Jim would be wise to pass on this deal. Or at least trade for multiple bananas, so he can one day make banana bread if things go bad down the line.

Wayne Gretzky has been the dragon the Canucks have chased for ages. There are multiple stories of times the Canucks almost had The Great One in their grasp, only to squeeze too hard and watch him squirt away like a candle in the sea.

So yeah, landing Gretzky at the deadline? That would almost be on par with Burrows slaying the dragon. Finally landing the one that kept getting away. The Mowgli to our Ahab.

The problem is, and again, I hate to be “that guy” that keeps bringing up these advanced stats, but if you dig into the data, you know what you find? Fifty-six-year-old NHL players struggle to score goals. BIG TIME. 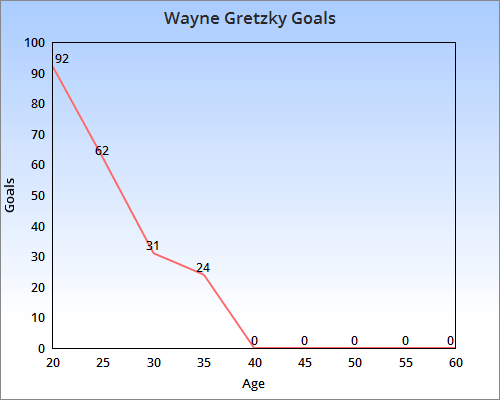 That’s a worrisome trend. Not only does his production continuously drop throughout his career, but it tanks out close to 40. You might be surprised to hear this, but Gretzky hasn’t scored a goal in over FIFTEEN YEARS. That’s bonkers. I knew it was bad, but not that bad.

Can the Canucks rely on this guy to score goals? Probably not. I mean, let’s not write him off, he is Wayne Gretzky. Still, it’s a risk the Canucks shouldn’t be taking at this point in time.

It’s no secret the Canucks want to get more scoring. And Brandon Sutter? His production has been decent, but it hasn’t been the difference maker the Canucks had hoped it would be.

And if there is one thing the Canucks want more than more offence, it’s making a splash at the deadline. They need to renew fan interest, and maybe more importantly, hope in this franchise. Making a big move at the deadline could go a long way with the fan-base.

So on the surface, trading Brandon Sutter for Cristiano Ronaldo seems like a no-brainer. You get a bit older with Ronaldo at 32, but you don’t really lose out on the offence. Ronaldo is keeping pace with Sutter with 15 goals to Sutter’s 15. You also get the added bonus of Ronaldo’s offence being far more exciting to watch than Sutter’s. I mean, what could go wrong, right?

The problem? Again, let’s hit up those numbers, because there is a huge flaw in this plan. A flaw so huge I am actually surprised the trade talks got past the first 30 seconds of the phone call; Ronaldo can’t win faceoffs to save his life. 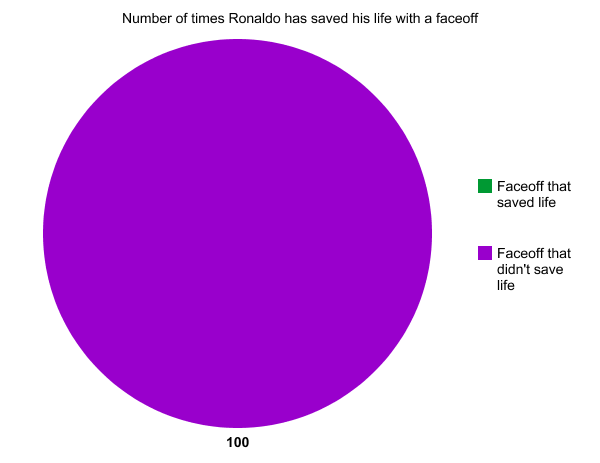 It’s a tough sell to bring in a centre who can’t win a faceoff. I know, some people in the stats community are placing less importance on winning faceoffs, but a zero percent win rate can’t be good.

So while this might be the right move to move some tickets in the short term, it would be a bad move in the long term. Pass on this one Jim!

4. Jayson Megna for a bag of pucks

I can almost hear you, though. “OK, we get it Wyatt, you’re setting up a nice deal only to tell us what’s wrong with it. What’s the flaw in this plan, you stupid idiot?”

OK, and I’m sorry to go to the numbers like this, but the Canucks already own a ton of pucks. In fact, adding a bag of pucks (rough estimate of 30 pucks a bag) would hardly be noticeable to the team. 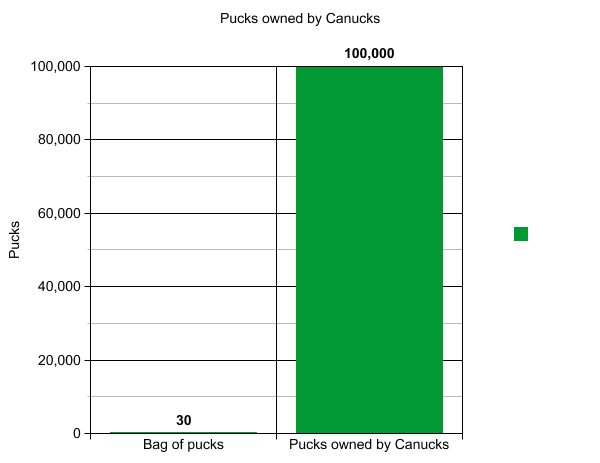 So the value on this deal is questionable. And while I fully admit losing Megna would probably be a move the Canucks could recover from, it’s more of a question of asset management. Do you really want teams knowing that you’re willing to take a loss on deals just to get rid of a player?

Look, we all know Virtanen has struggled trying to get his pro career going. First he fell in love with hot dogs. Then he forgot his stuff. Now he’s trying to figure out what kind of player he is. It’s a confusing time for him, and I know the fear that he’s peaked in his career is out there. People want to sell him now while he still has some NHL value.

And Kane? Well we all know Jim Benning loves Kane. Just loves him. He wants that toughness that he can bring to a team. The kind of gritty, good in scrums, meat and potatoes game that Jim Benning gets off on.

And you know what? I’m almost tempted to agree with him. Who wouldn’t love to watch Kane knock some people out? Fans have been dying for some toughness on this team for years.

The problem? Kane is getting pretty old now. His brother the Undertaker doesn’t really wrestle much anymore, and it’s affected Kane’s performance. We rarely see Kane show up, and when he does, he’s shirtless and wearing dress pants. Also, when’s the last time you’ve seen Kane dominate a Royal Rumble like he used to? Exactly. His eliminations per 60 has been piss poor.

End point? Don’t trade for Kane, even though his entrance onto the ice would be pretty dope.

We believe in you.