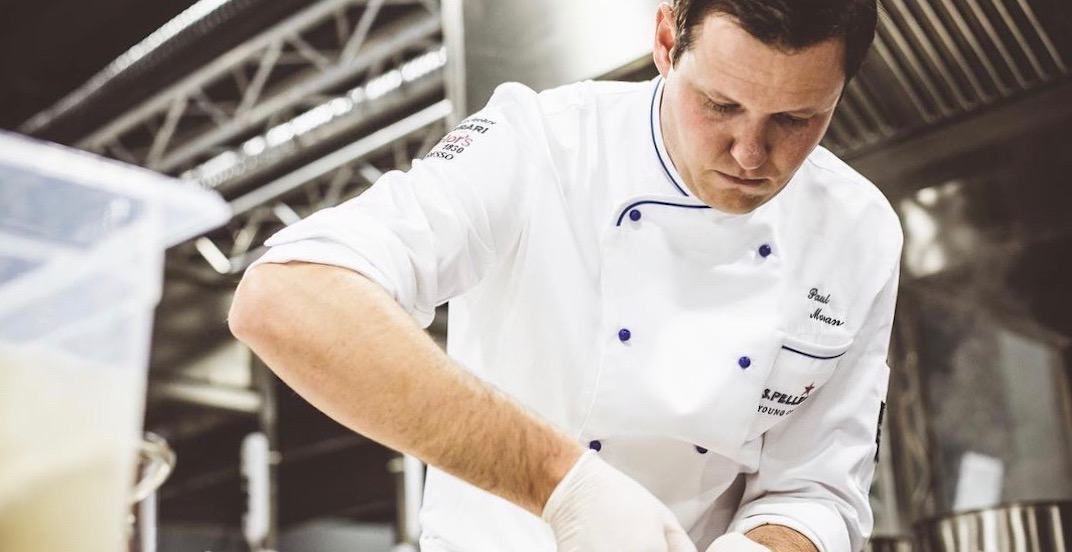 Chef Paul Moran has proved that he can take the heat in the kitchen in Top Chef Canada’s seventh season by taking the winning title home to Vancouver Island where he’s the Executive Chef at 1909 Kitchen at the Tofino Resort and Marina after defeating Top Chef finalist Phillip Scarfone, Head Chef at Nightingale in Vancouver.

Daily Hive had a chance to catch up with the new Top Chef to learn about his experience on the Food Network show, how he prepared, what’s next – and of course – where he likes to eat in his spare time. 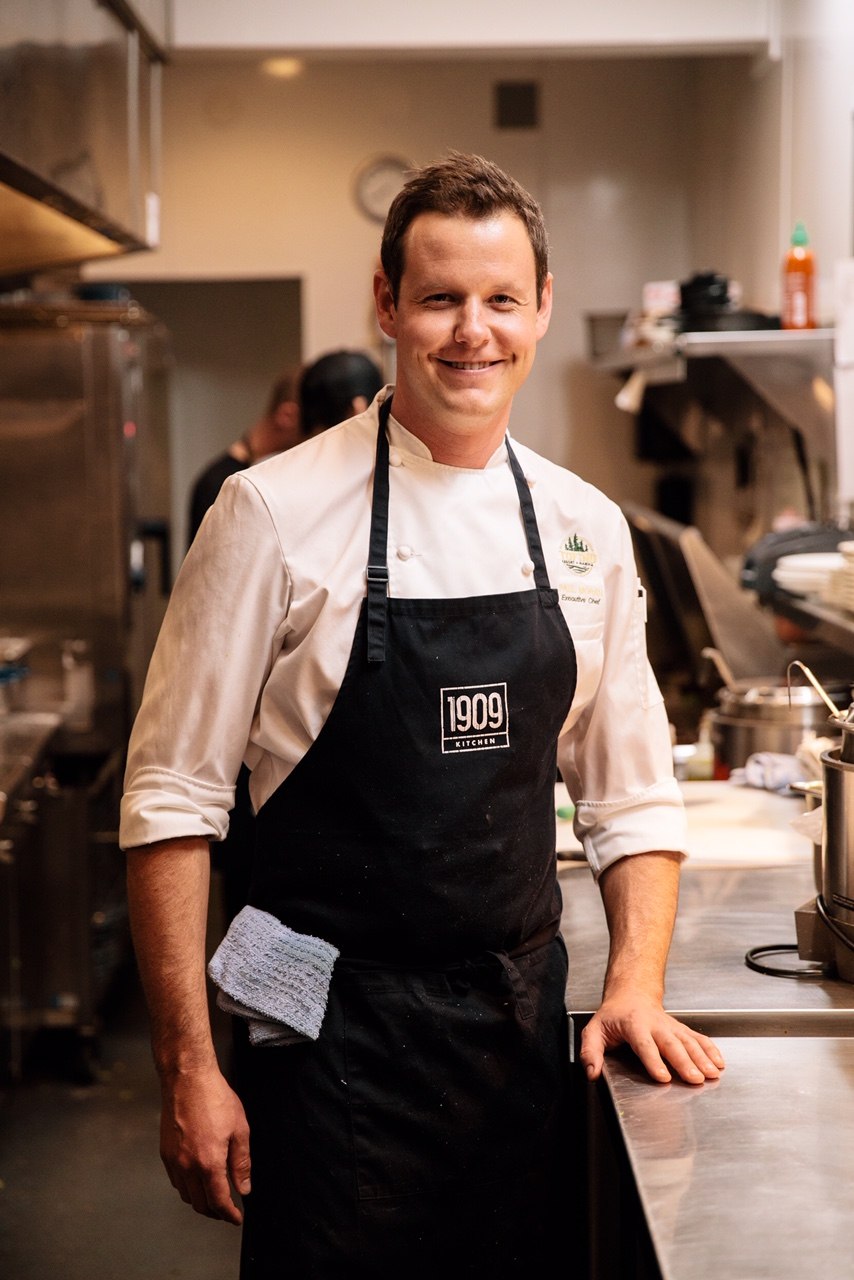 How does it feel to be named Top Chef Canada?

It feels pretty amazing coming out as Canada’s best chef, top chef, yeah, a pretty big accomplishment, a nice testament to all the hard work that I’ve done in my career and also all the hard work and recipes that I pulled out in the competition.

How did it feel when you first learned you were going to be competing on the show?

It was pretty cool. It’s something that I wanted to do for a long time. Back when Top Chef USA first came out, I applied to be on that, and when I lived in France I actually made it through to the second round of casting for Top Chef France but I didn’t end up making it on the show, so you know, being situated in Tofino, kind of settling down a little bit there seemed like the perfect opportunity for me to get on and once they told me after I’d done the casting in Vancouver that I was accepted that kinda…had a pretty good feeling about the whole thing.

Why was it so important for you to compete on Top Chef Canada?

I just always look at like competitions in general, especially one like Top Chef as a good way to get visibility in the industry and in the eyes of the general public, and you know… cooking is so, you know there are so many different opinions and I really valued the opinions of the judges. You know it’s one thing cooking for different guests and tourists and locals and things like that, but having the affirmations from the judges who are top food writers and chefs like Mark McEwan and Mijune Pak, you know, having their affirmations and having them tell you that you’re the best chef in Canada is a pretty important thing for me so it was… I think a big part of why I was excited to get on there.

How did you deal with the nerves of being on the show?

I’ve done a lot of competing in my life and you know it was like an opportunity to take some time away from work, which you know, can be just as stressful sometimes, so yeah it was a chance to get out and do some sort of… it was almost like self-reflection, because you’re just there cooking by yourself as opposed to working with the team which is usually what we do so it was kind of a nice change of pace.

When you look back at while you were on the show, what’s one moment that really stands out for you?

Other than winning in the finale, I think maybe the first challenge was a family heritage challenge and I had made a version of an old family recipe, Mijune Pak had commented on it, she knew its Austrian roots and the origin of the dish and I ended up winning that challenge, that was the first challenge that I participated in in the show and I think that was a pretty cool way to start off and get a really good feeling off the get-go. 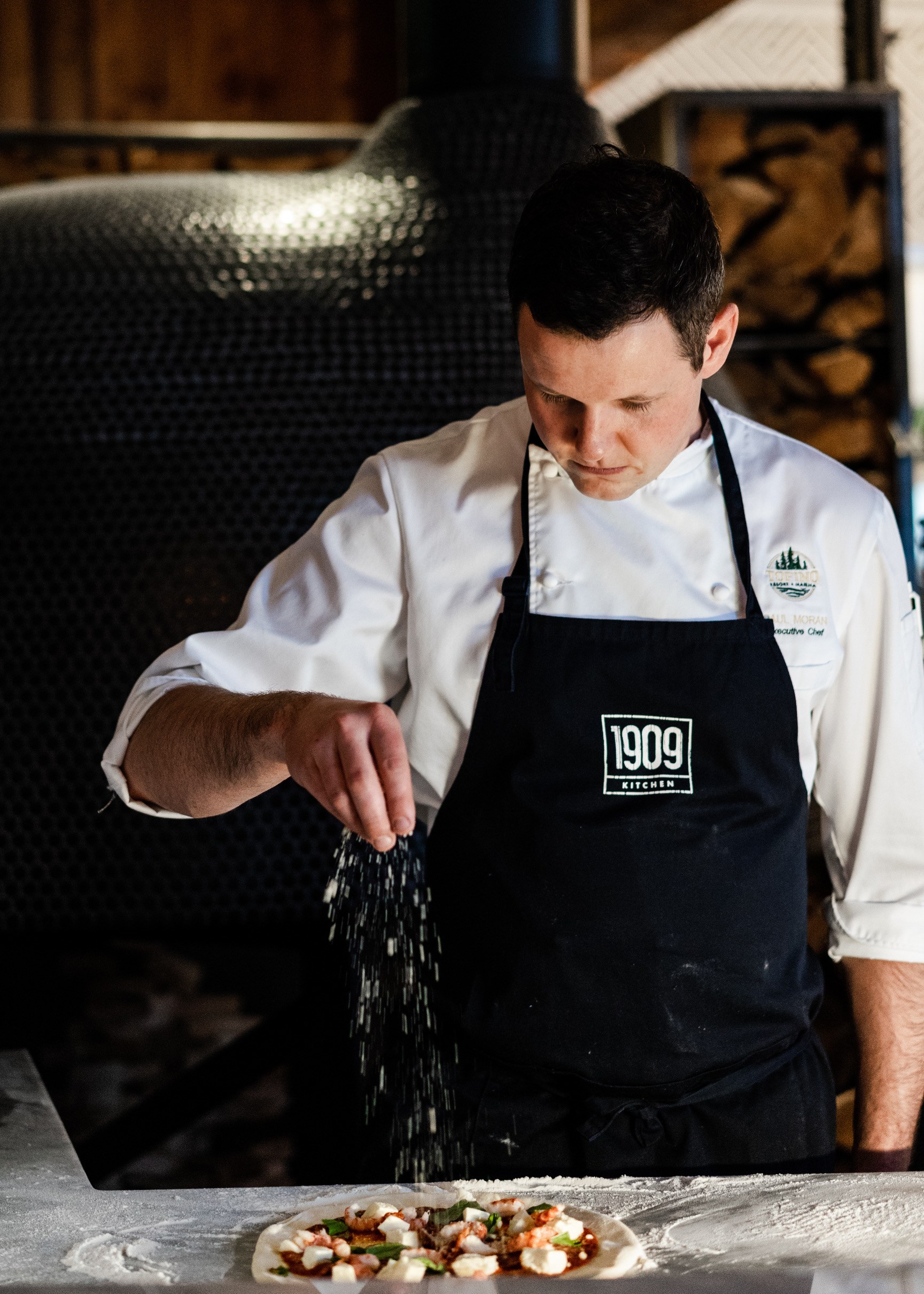 How did it feel when you finally won and named Top Chef Canada?

It was pretty surreal. It’s like you work your whole career for a competition like that, up until now anyway, and then, you know, you get into the competition and you’re so focused on each challenge that you still know you’re trying to get to the end but at the same time you have to focus on the day to day, and then all of a sudden you’re there standing at the judge’s table for the last time and they tell you “you win” – that’s pretty surreal experience and then you know my fiancé came out to meet me when they announced that I won, I didn’t know that she was there.

What’s your advice for anyone interested in going to compete on Top Chef Canada?

You gotta have some confidence going and you know maybe try some lower key competitions first and get some practice. I think the best practice and the best thing you can do for that is other competitions so you’re kinda, you know, used to cooking under the gun of the clock, yeah, and just being creative and being true to yourself.

Where are some of your favourite places to eat?

One of my favourite places to eat right now is Lil’ Ronnies BBQ in Tofino.

It’s cool kinda like a beach shack feel going on, they always have good music, the room’s like funky and eclectic and they’ve got great drinks specifically good margaritas, which I always appreciate, and lots of pickles which is very important, and yeah just good barbecue and some good sides to go along with it.

It’s always nice to grab some crabs and just go boil them up on the beach, it’s one of my favourite things to do.

I’m always looking for ethnic food because it doesn’t really exist in Tofino: usually Temaki Sushi, in Vancouver. It’s one of my favourite lunch spots.

For dinner in Vancouver, I really like La Quercia.

Chef Adam Pegg there does a great job, some of the better meals that I have are with him.

Rob Gentile’s Buca Yorkville in Toronto, it’s one of my best out of province dining experiences, I’ve been there a few times and it’s always awesome.

I think they hit it on all points: like great service, great room, amazing food, well executed I think they just kinda have the whole package.

Obviously, a good smoked meat sandwich at Schwartz in Montreal is always one of my standouts.

The smoked meat sandwiches there are pretty awesome, worth taking a flight for.

So now that you’re Canada’s new Top Chef, what’s next for you?

I’m pretty committed to staying here in Tofino and, you know, I’ve been given a chance to show off a lot of my foraging and light cooking, and passion for wild food on Top Chef Canada, and so I’ve launched a website that’s up and running now and it’s going to have a store and a digital recipe bank for all types of wild food, so people will be able to go on and get like dried wild mushrooms and seaweed and then check out the recipes that I have on there and be able to do some cooking at home.

The website is up now and the store should be open before Christmas.