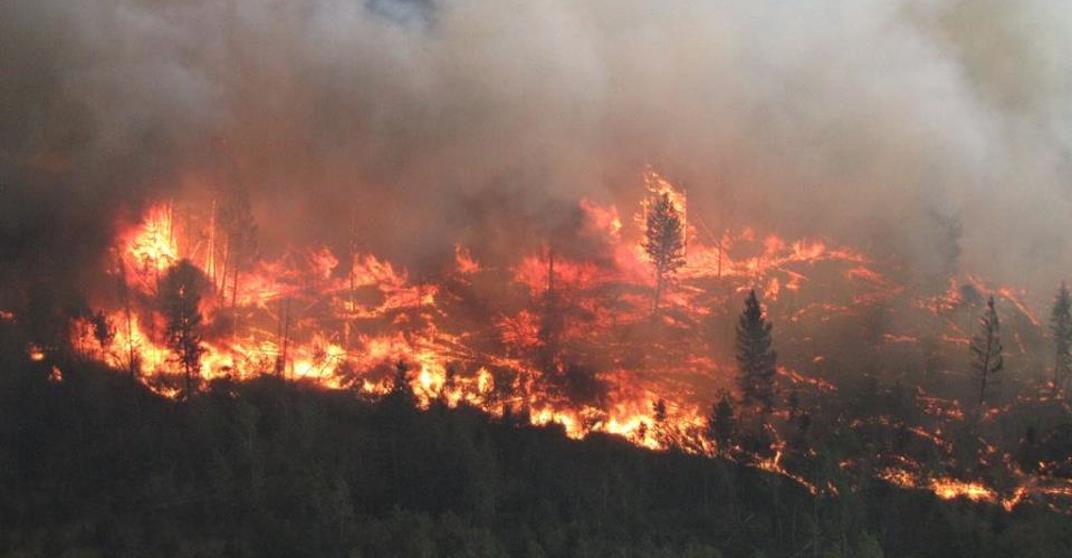 This year saw many devastating weather events happen across Canada including destructive wildfires, heavy rainfalls which led to dangerous flooding, and storms that ripped the roofs off houses.

Environment Canada says weather changes in Canada are happening “abruptly not subtly; rapidly not gradually” and that we need to adapt to keep up.

“Events that were once rare or unusual for our grandparents are now more commonplace, while we all become more vulnerable and at greater risk due to extreme weather. As the Top Ten Weather Stories of 2018 bear out, Canadians must become more resilient – not only for what lies ahead but for the climate already here.” 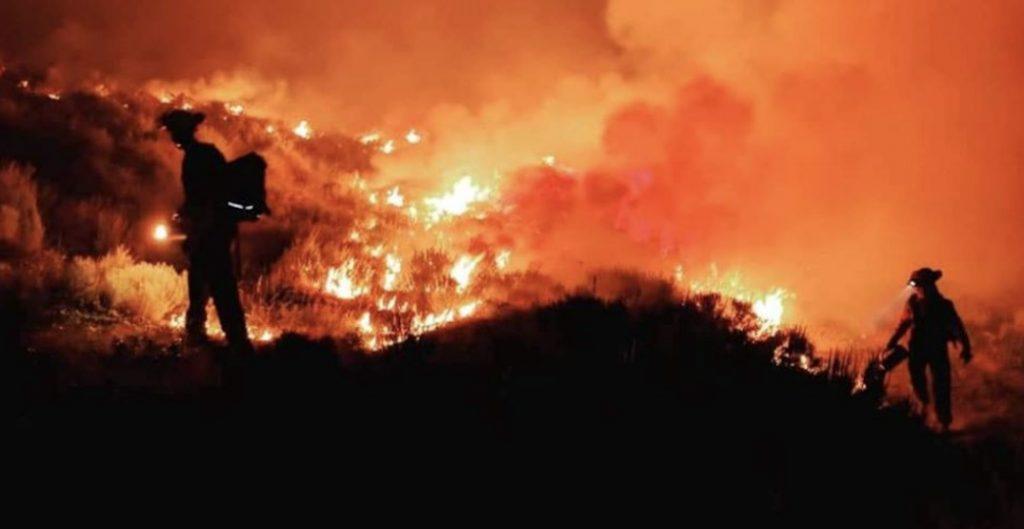 Across Canada, the 2018 wildfire season started slowly after a long, lingering winter that in some regions lasted into May. This year, British Columbia was the hardest province hit and for the second year running, a province-wide state of emergency came into effect as 2,000 wildfires ignited across the province.

During peak wildfire season, dense smoke plumes, that were visible from space, from forest fires in BC, Washington State, Oregon and California filled the airshed all the way to Newfoundland, Labrador and Europe.

For weeks in August, more than 10 million Canadians from coast to coast were breathing in air with adverse health effects, and air-quality alerts became a daily fact of life across the country.

Alberta cities were especially dark and dirty, with Calgary recording 478 hours of smoke and haze, with no relief for one spell that lasted 141 consecutive hours between August 14 and 20. 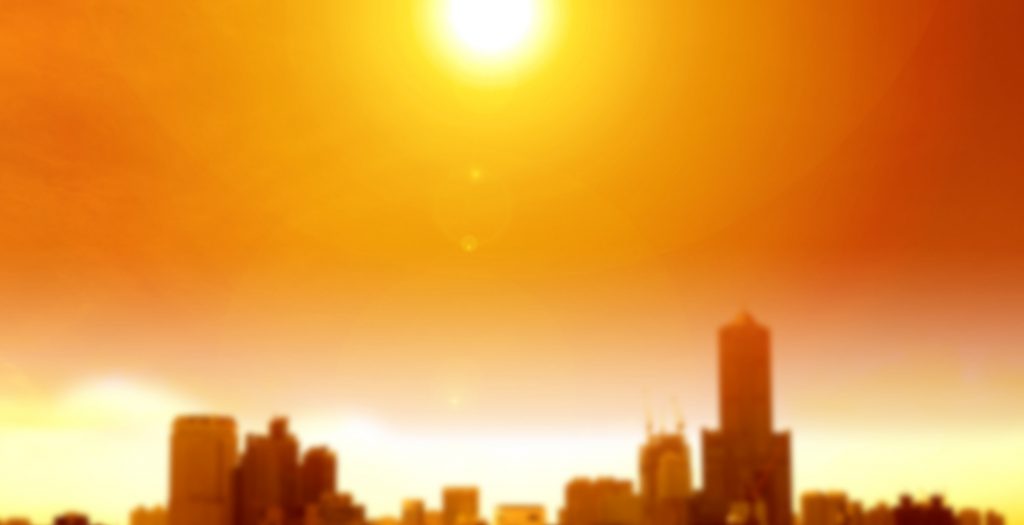 According to Environment Canada, summer 2018 was the third warmest on record on Earth in 138 years.

Many cities broke historic heat records, with parts of BC hitting humidex values in the mid-40°C, while the nation’s capital had the second warmest Canada Day ever with records going back to the 1880s, with the humidex reaching a record 48°C in parts of the region.

Cities in all four Atlantic provinces had their highest-ever average temperature in July, including Halifax which had 18 straight days with maximum temperatures of 25°C, shattering the previous record set in 1876.

Regina set an August record with a high of 41.3°C on August 11, with records dating back to 1883. Moose Jaw also set a record this summer at 42.3°C, which is two degrees from Canada’s warmest high ever recorded.

3. Hot and dry to snow-filled skies impact the Prairie harvest 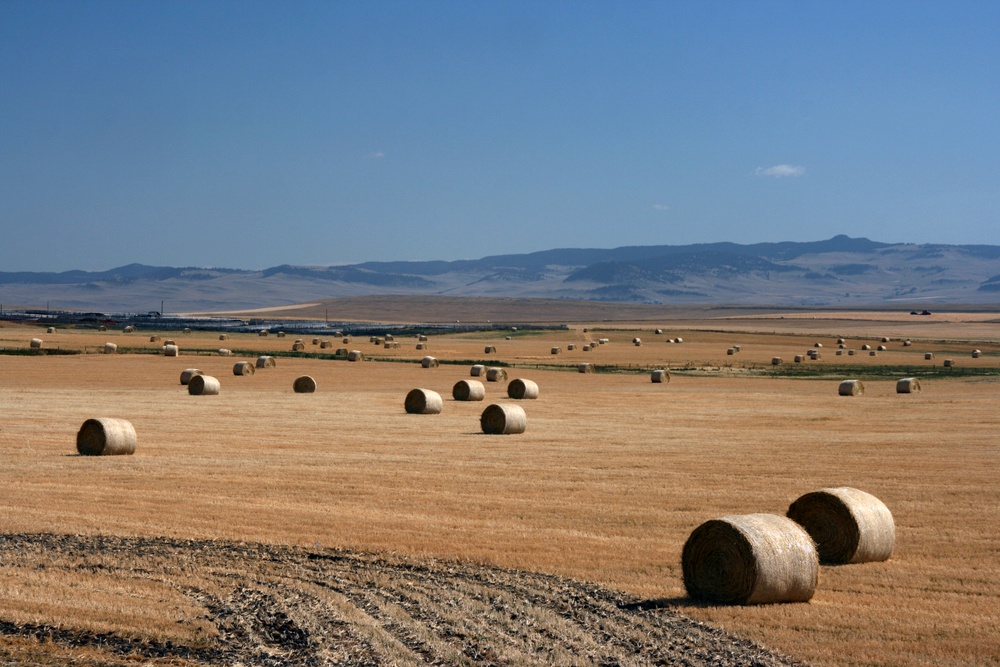 A long, cold spring kept farmers off their fields until mid-May in the Prairies this year, which was followed by a drought that affected large regions of the southern and central Prairies.

While sweltering summer temperatures resulted in crops shrivelling, farmers did have an early start to harvest in the final week of August.

However, a cold air mass out of the Yukon and Northwest Territories invaded the Prairies in September and didn’t budge until mid-October. This meant the seasons jumped from summer to winter as temperatures plunged and rain changed to snow.

A vast majority of the crops, upwards of $4 billion worth, was still on the fields. They were flattened by record snows that made it impossible to combine. 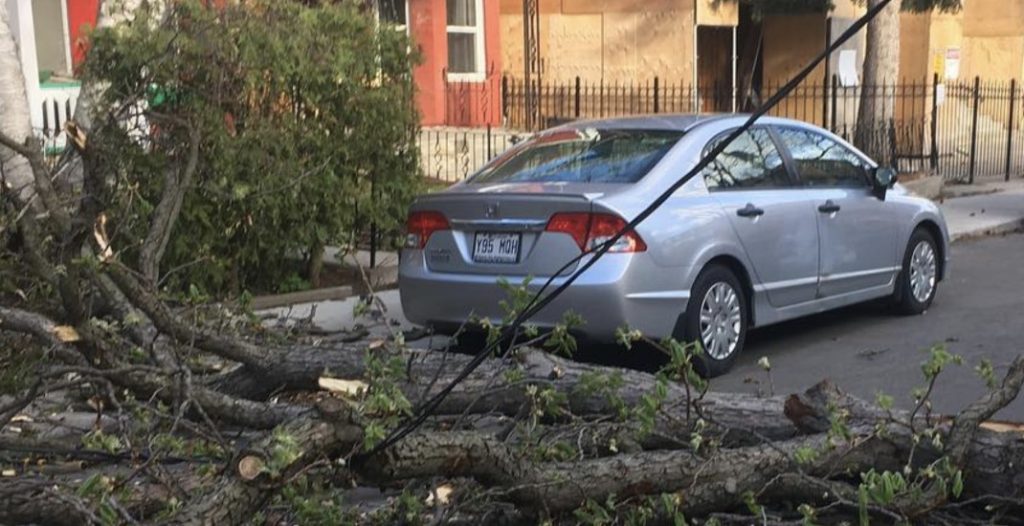 On May 4, a fierce storm ripped through Toronto, with winds reaching speeds of up to 110 km/h as it made its way into Montreal and Quebec City.

The ferocious storm downed trees, knocked out power for hundreds of thousands and grounded flights at Toronto Pearson International Airport.

Tragically, three workmen died, including two arborists in Milton who were killed when a tree fell on them and a worker who was electrocuted while clearing a downed power line.

Insurers claimed it was the costliest storm in five years and total economic losses were estimated at upwards of $1 billion, with insurers paying out $622 million in 69,000 claims with more than 90% in Ontario. 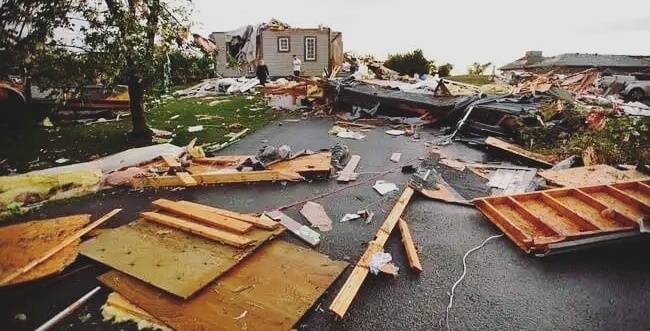 On September 21, the final day of summer, a severe thunderstorm produced a tornado between 4:40 pm and 5:20 pm, which damaged and destroyed numerous buildings, overturned vehicles and snapped trees and hydro poles.

Multiple injuries were reported, including several that were critically injured. The preliminary assessment of the environment indicated that the tornado was a high-end EF-3 (Enhanced Fujita) and that wind speeds reached 265 km/h, ranking it as the strongest tornado to hit eastern Ontario since 1903.

More noteworthy, it was the strongest storm to strike anywhere in Canada during September in 120 years. 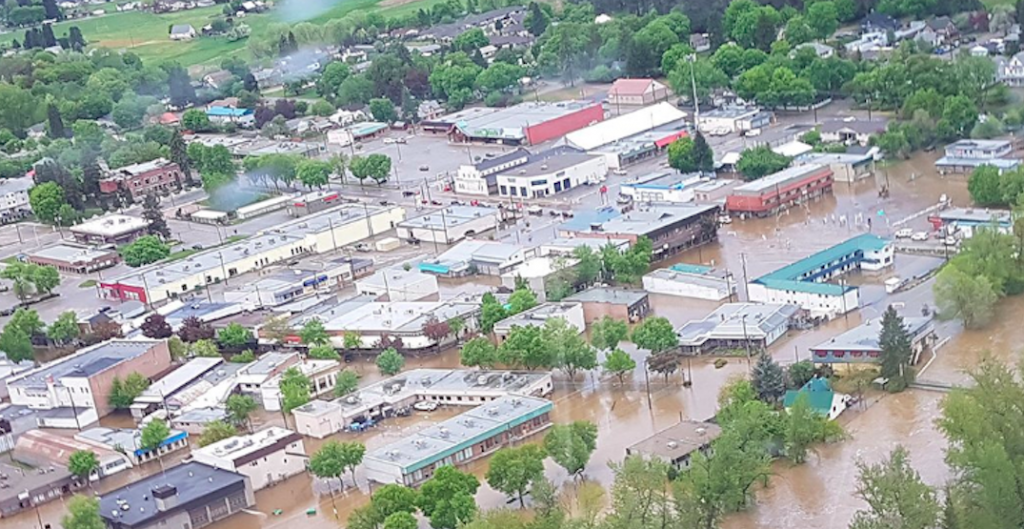 For the second year in a row, widespread flooding threatened communities in southern BC along the Okanagan, Kettle and Fraser rivers.

In May, above seasonal temperatures promoted around-the-clock snowmelt, which was followed by scattered showers and thunderstorms which worsened the situation.

Water rose in river courses to levels not seen in more than half a century, causing devastating floods and forcing thousands of residents to leave their homes.

Nearly 5,000 residents were evacuated and another 7,000 were on standby to leave home, as states of emergency came into effect across the Interior. 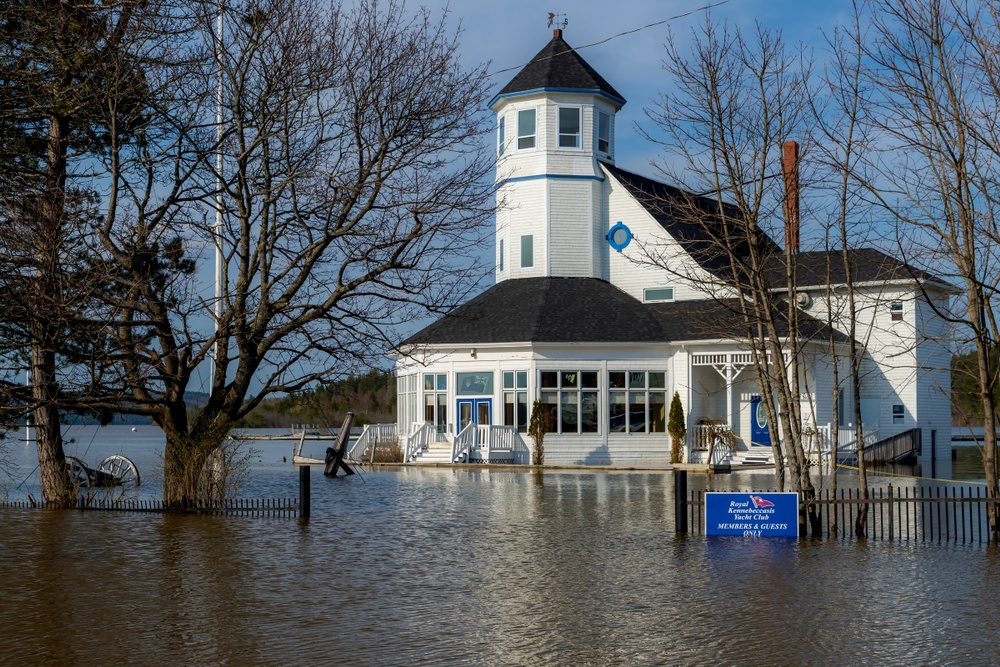 Every spring, flooding along the Saint John River is normal, with sandbagging, evacuations and clean-ups pretty much always expected, according to Environment Canada.

However, in 2018, the typical “slow-motion” rise of the river was replaced by a sudden, massive rise in water levels, that lasted over two-weeks catching flood experts by surprise.

Environment Canada says the combination of snow, warmth and rain led to a fast two-metre rise above flood levels on the Saint John River and the hotter it became, the faster the snow melted and the higher the flood waters rose.

“Water levels everywhere downriver of Fredericton surpassed those reached both 10 years ago and during the historic 1973 flood, making it the largest, most impactful flood in modern New Brunswick history.” 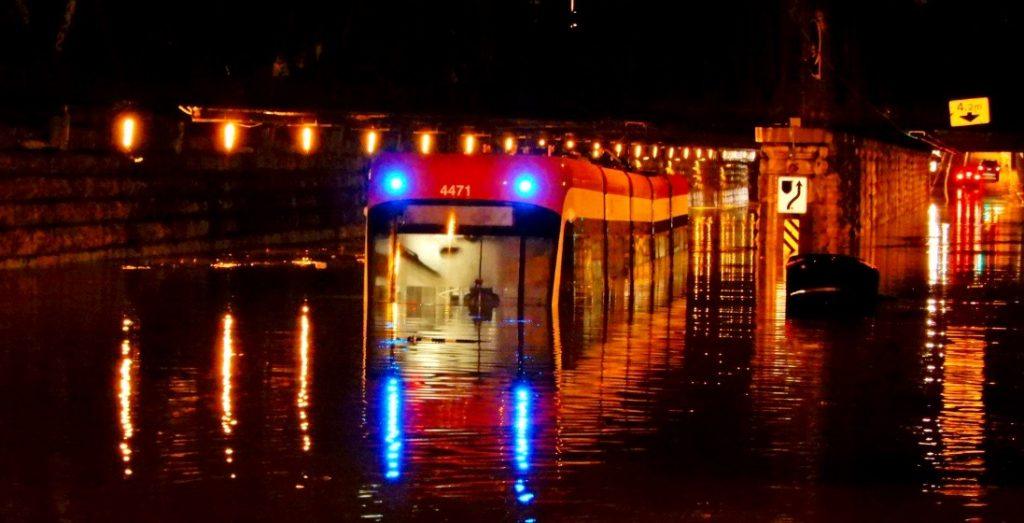 On August 7, the Greater Toronto Area was hit was a slow-moving storm system that caused widespread flash flooding and power outages in several areas of the city.

However, it was the scary experience of two men who almost drowned in an underground parking elevator that became the focus of the public’s attention.

Flooding also occurred at Toronto’s City Hall, in the Scotiabank Arena during a Shakira concert, at Union Station and water seeped through the roof during a Blue Jays game at the Rogers Centre.

According to Environment Canada, insured losses from the urban flood, as reported by the Insurance Bureau of Canada, exceeded $113 million from 4,026 claims, while uninsured costs were much higher. 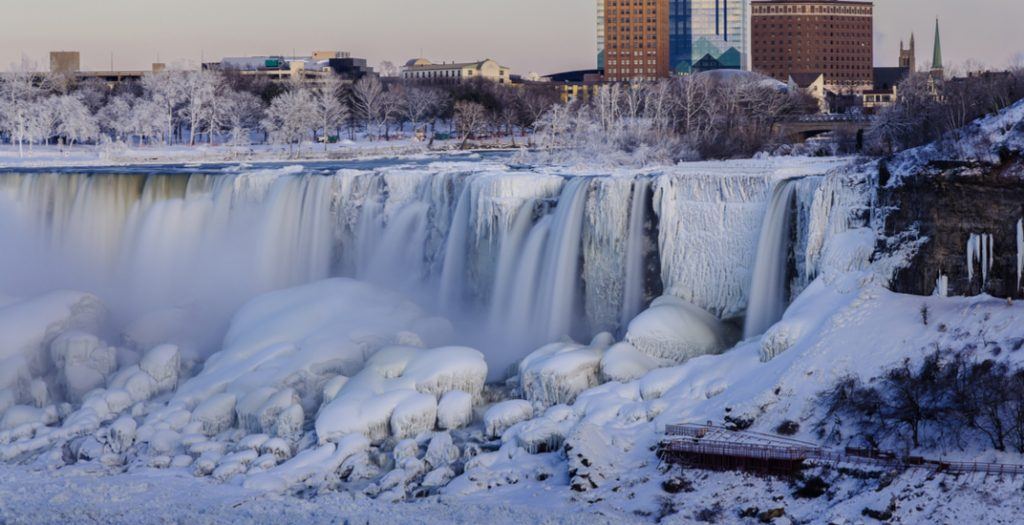 This year, Canadians were faced with six long months of winter, which came with countless extreme cold weather warnings.

The New Year began with many traditional outdoor New Year’s celebrations were moved indoors and most January 1 polar bear dips were frozen out.

In Montreal from December 27 onwards, temperatures did not rise above -17°C for six straight days – the longest cold streak on record based on data going back 146 years.

In Canada’s largest city, there were 15 consecutive “all-freeze days” in Toronto from December 24 to January 7, including a record low -23.0°C on January 5 when Toronto was “colder than Yellowknife, Whitehorse, Winnipeg and Tuktoyaktuk.”

Edmonton also set a record at the start of the New Year after having 127 days in a row with sub-freezing temperatures. 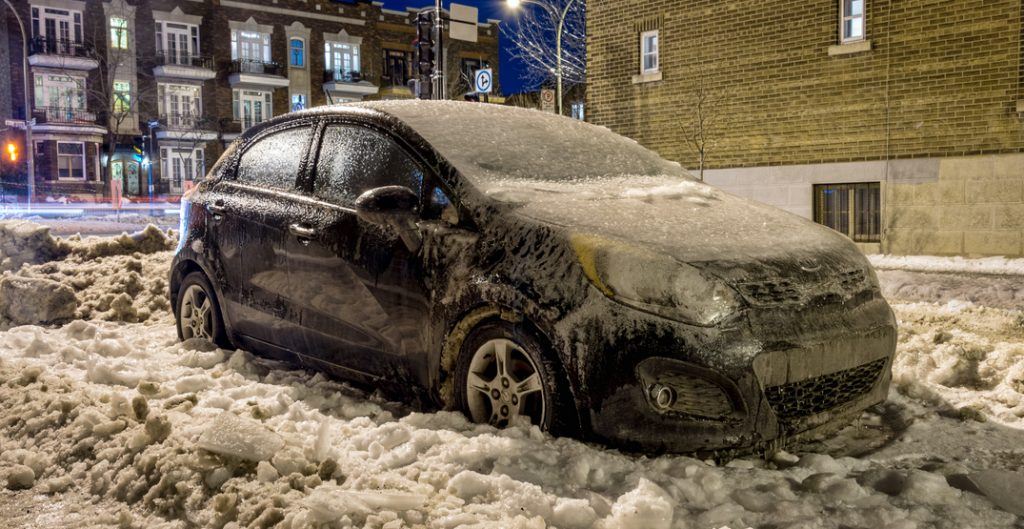 Known as being the “cruellest month,” April lived up its reputation in most of the country this year.

“Nationally, it was the coldest April in 16 years, and for millions in Ontario and Quebec it hadn’t been that cold for 71 years,” said Environment Canada.

On April 4, a powerful Colorado storm tracked across southern Ontario and Quebec coating surfaces with freezing rain, dumping heavy rain or snow or both, rocking the region with jet-stream strong winds.

In mid-April, a “Texas storm twice the force of the first barreled across the same region” bringing several days of ice pellets and freezing rain.

As temperatures rose, conditions got even worse as the ice coating trees and buildings started to melt and move. Strong winds blew away sheets of snow and ice from buildings, smashing windows both on Parliament Hill in Ottawa and in downtown Toronto.

The CN Tower closed after ice fell and pierced the dome below, forcing the cancellation of a Blue Jays game.

Power losses from both storms numbered 500,000 in Ontario and 100,000 in Quebec, with some customers hit with outages twice in less than two weeks.

Residents across central Canada were relieved to see April come to an end and were rewarded for their perseverance with one of the warmest Mays on record.