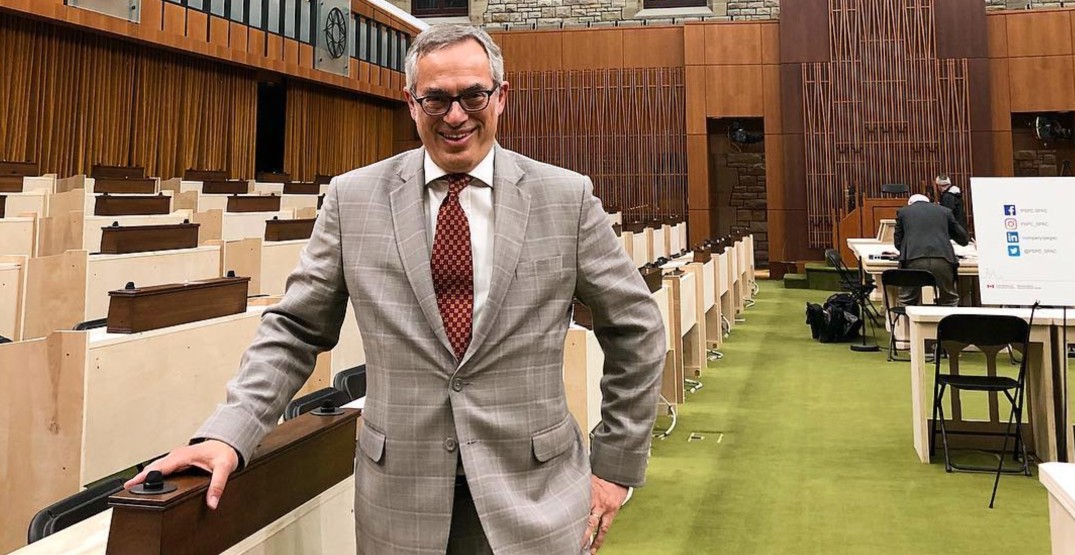 Conservative Leader Andrew Scheer has requested MP Tony Clement resign from caucus, following the news that he sent sexually explicit photos and videos to an individual who he thought was a “consenting female.”

Clement’s resignation as MP comes one day after he stepped down as Conservative Shadow Minister for Justice, claiming he fell victim to a financial extortion scheme. Although Clement left his committee roles, he was not ousted from the Conservative Party of Canada.

But today, Scheer announced that he asked Clement to resign from the party’s caucus following “new information” regarding the MP’s behaviour.

“New information became available today that suggests that there are allegations that this was not an isolated incident. And therefore I’ve asked Tony to resign from caucus & he’s done so.” #cdnpoli pic.twitter.com/FoOL2sirqG

“I took him at his word that this was an isolated incident. Since then there have been numerous reports of other incidents… allegations,” said Scheer.

“New information became available today that suggests that there are allegations that this was not an isolated incident. And therefore I’ve asked Tony to resign from caucus and he’s done so.”

In a statement released on November 6, Clement said he sent explicit photos and videos but later learned it was part of an extortion scheme.

“Over the last three weeks, I have shared sexually explicit images and a video of myself to someone who I believed was a consenting female recipient. The recipient was, in fact, an individual or party who targeted me for the purpose of financial extortion,” he wrote.

Clement said that the RCMP are investigating into the matter.

The former MP says he has realized his wrongdoing and recognizes he “exercised very poor judgement.”

“First and foremost, I apologize to my family for the needless pain and humiliation my actions have caused. I also apologize to my colleagues and my constituents for letting them down.”

Clement says that he is seeking help and treatment “to make sure this will not happen again.”

Scheer says Lisa Raitt, Conservative Deputy Leader and the MP for Milton, will take over Clement’s role as Shadow Minister for Justice.