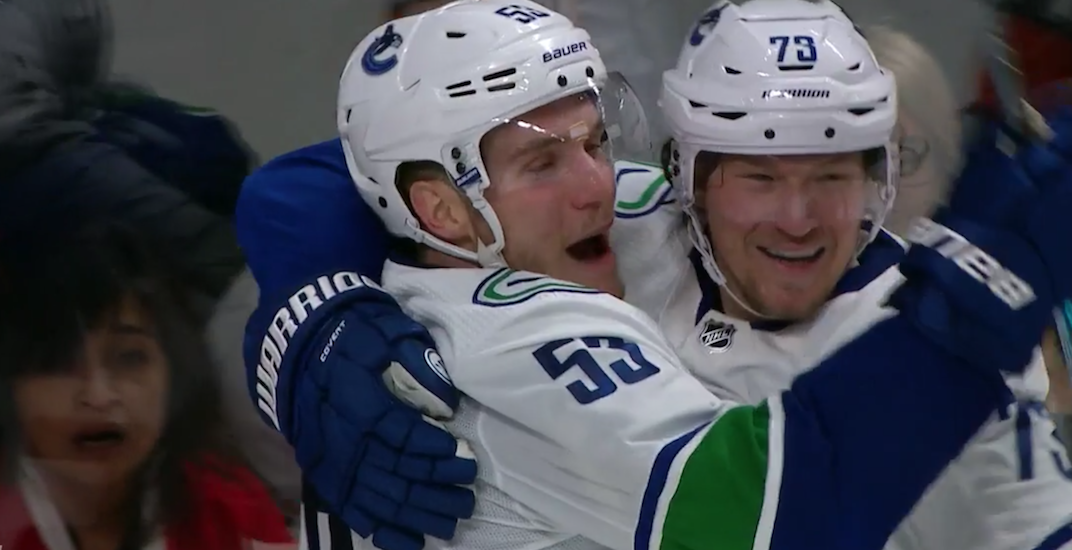 The Vancouver Canucks overcame an early two-goal deficit to record their first win in Montreal in over eight years on Tuesday night.

Newcomer Tyler Toffoli played hero for the Canucks, scoring the overtime winner after a give-and-go play with Bo Horvat.

Toffoli now has three goals, two assists, and 13 shots on goal in three games since being traded to Vancouver from the Los Angeles Kings last week.

The game didn’t start of well for the Canucks, as Travis Green was forced to call a timeout after Montreal took an early 2-0 lead. But Horvat cut the lead in half before the end of the first period and Alex Edler levelled the game late in the second period.

The Canucks found themselves chasing the game again in the third period though, when Jordan Weal scored 50 seconds into the third period, but a Jake Virtanen power play goal tied the game once again.

Outshot 40-29 through regulation, the Canucks dominated overtime, with unrelenting pressure on Habs goalie Carey Price before scoring the winner.

“When we’re down 2-0 early in the game and call a timeout, nothing needs to be said.” @tytoff16 meets the media after netting the OT winner. 🚨 pic.twitter.com/zZoDPrt6KG

Thatcher Demko passed his first test with Jacob Markstrom out of the lineup, stopping 37 of the 40 shots he faced. Four players had multi-point games for the Canucks, as Horvat, Edler, Virtanen, and Adam Gaudette had two points each.

Stop #2 of this four-game road trip comes in Ottawa on Thursday night.