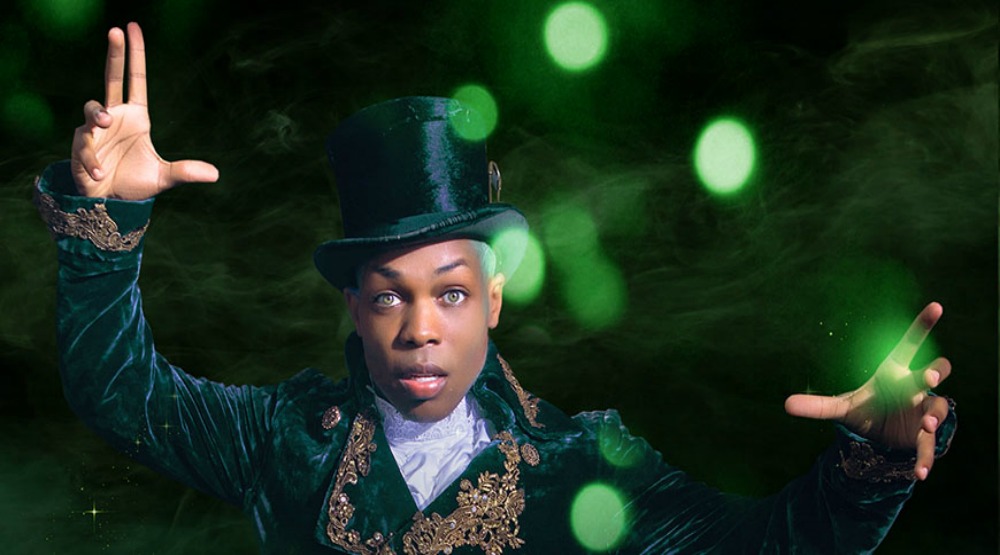 Broadway Actor Todrick Hall is landing in Vancouver for his ‘Straight Outta Oz’ tour on July 7.

The tour’s name is in reference to his latest album with over 20 original songs – his own adaptation of Frank Baum’s most classic creation, The Wonderful Wizard of Oz.

Hall is an American singer, actor, director, choreographer, and YouTuber. He’s known for his appearance on the ninth season of American Idol. Since then he’s gone viral on YouTube and performed on Broadway.

Playing at the Vogue Theatre, Hall and his talented crew will taking you on an adventure through his small town in Texas all the way to the big Emerald City lights of “Oz Angeles”. Onlookers will find out how the Hollywood hopeful succeeded in his business while dodging falling houses, wicked witches, and the infamous “Poppyrazzi”.

The show will impress all ages thanks to its powerful musical numbers, innovative sets, sensational choreography, dazzling costumes and a meaningful social message.

To enter for your chance to win two tickets to see Todrick Hall’s ‘Straight Outta Oz’ show at the Vogue Theatre, do at least one of the following:

Contest entries will be accepted from time and date of publishing until 11:59 p.m. PST on July 4, 2016. One winner will be chosen at random and contacted through the platform they used to enter.