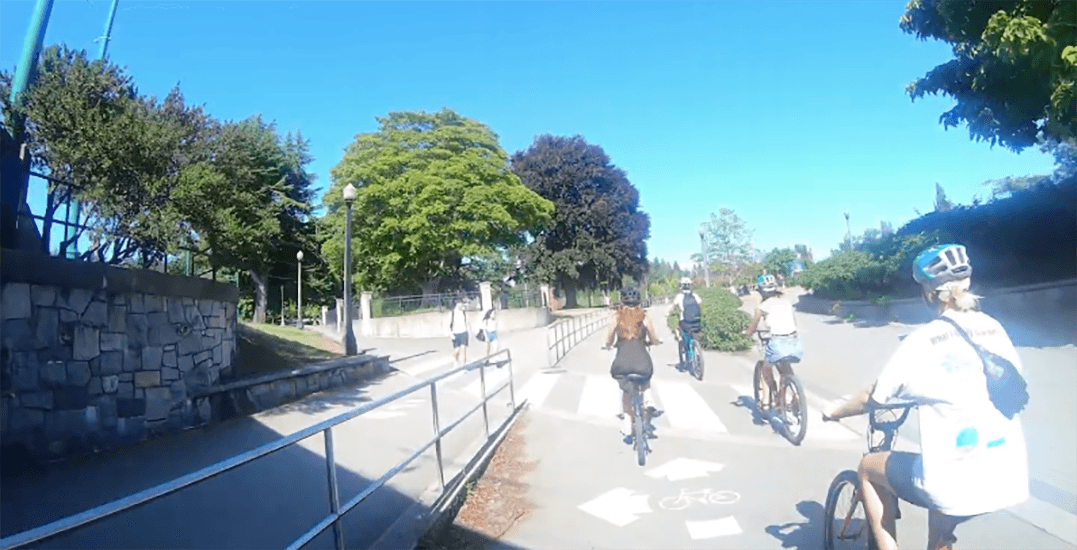 Talk about a beautiful view.

The Vancouver Park Board has released a stunning clip of the Stanley Park Seawall on a summer day.

The one-minute timelapse, which was shared on Twitter on Monday by the Vancouver Park Board, shows the 9.4 km bike path, which was started in 1917 and completed in 1980.

1 minute cycling around the Stanley Park seawall 🚲 the 9.4km bike path around the park is the original part of the seawall, it was started in 1917 and completed in 1980. It truly is a jewel in the middle of the city ❤️ #StanleyPark #Vancouver pic.twitter.com/9pUKfurH1e

According to the City of Vancouver, early construction of the Seawall was overseen by Park Board master James Cunningham. He oversaw construction for 35 years.

The Seawall loop around Stanley Park was officially completed on September 21, 1980, after a final round of paving between Third Beach and Second Beach.

The 9 km route takes between two to three hours to walk and approximately one hour to cycle.

The Park Board also released the same clip expanded into a two-minute timelapse.