Finally, an app to show you your greatest hits. Akin to a virtual diary, Timehop shows you what you were doing a year ago, true to the date. By letting its users travel back in time, Timehop gives users the ability to see the evolution of their social media identities. It’s throwback Thursday on steroids.

Every morning, Timehop users are greeted with a push notification, enticing them to check in to what their past self was doing either a year, two years, or even five years ago. Users are reminded of fleeting romances, forgotten favourite spots, or that movie they loved or hated. With Timehop, you’ll no longer forget. Or you will – and Timehop will remind you a year later. 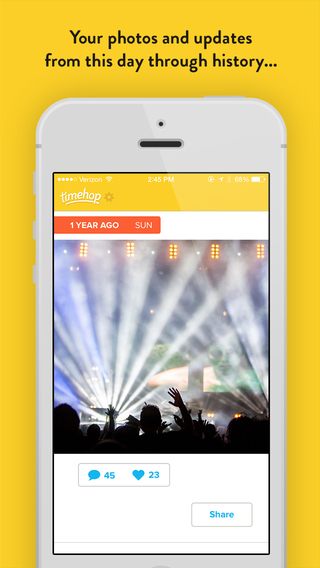 Timehop shows old photos and posts from Facebook, Twitter, Foursquare, Instagram, Flickr and your camera roll photos. Once you check into your daily past doings, users can send it by SMS, email, Facebook, or Twitter. These moments can also be posted on Timehop itself, letting users share it with any of their friends who are also using the app. 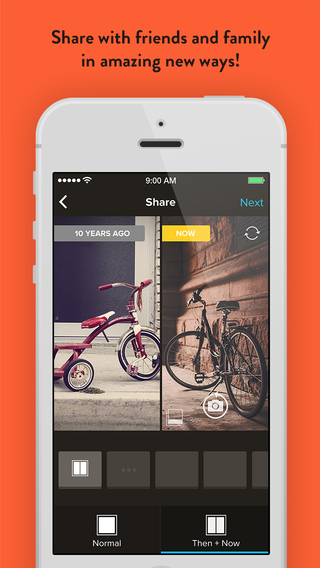 Sign up for Timehop with the Facebook connect option to easily link your social media accounts to the app. The interface is clear and easy to navigate. The years are separated with colour coding and images can be viewed full-screen, while Foursquare check-ins can be viewed on a map. All of your Twitter and Facebook updates will be displayed as well, and links are fully tappable. Once the day is finished, you’ll have to wait until next year to view it again. 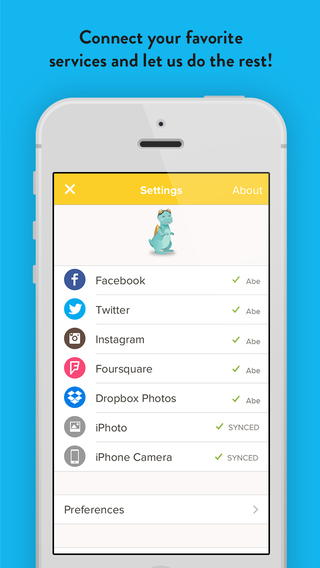 There is also a news section in the app. For example on April 6, 1930, James Dewar invented the Hostess Twinkie. I’m not sure why you’d need to know that exactly, but for those who love whipping out random knowledge that serves almost no purpose unless you are a Jeopardy contestant, the news section is a great addition. 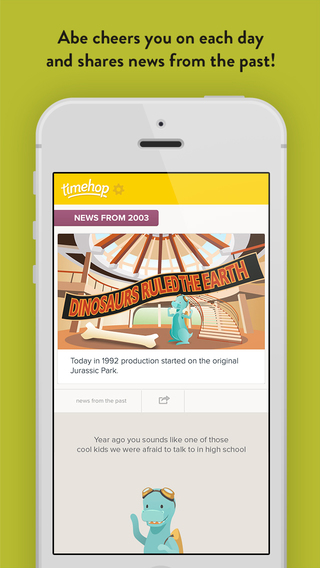 It’s the closest you’re going to get to time travel. By remembering things that happened a year or two ago, Timehop puts things into perspective and users are reminded how fast life is moving. So, take the time to stop and smell the roses. And then tweet about it so Timehop will remind you again a year later. And don’t worry – it’s not as cringeworthy as it sounds. It’s just a constant reminder of how awesome you’ve been throughout history.