Canadians seem to be at a culinary crossroads, thanks to the ceaseless appeal of TV cooking competition programming, visually fetching Instagram food photos, and dining scenes in cities coast to coast that are drawing global nods. Still, Canadian “food” remains in search of a definition, or, rather, is bending in meaning to acknowledge that nation’s broad strokes of multiculturalism, borrowed food traditions, and fusion fare. So when chef Chris Whittaker says his new gastropub, Timber, is a real Canadian restaurant, that could mean several things.

“First and foremost, we wanted it to feel really Canadian. We wanted to stick to that and stay and true as possible,” the chef elaborates.

For Whittaker, however, Timber taps into the ultimate in Canadian food nostalgia, made bolder and better through creativity, and by using contemporary ingredients. In its glass-walled box-like location at the corner of Robson and Jervis, next door to Whittaker and the Listel Hotel‘s pioneering Forage restaurant, Timber sets the stage for Canadiana–and kitsch–done right.

The restaurant’s two mascots are iconic Canadian creatures. A taxidermied beaver, named Deaner, overlooks Robson Street with his watchful eye, while Terry the Canadian Goose monitors the action on Jervis. Vintage felt pennants shout out the names of cities and communities from various provinces, snowshoes hang on the wall, and the banquette seat is upholstered with discarded Canada Post mail bags.

Since Forage is known for its high-ranked eco-consciousness, it’s not surprising that the Timber team sourced their furnishings with a very Vancouver-ish mind for sustainability; the wood paneling was once a barn, and before that had been trees on that barn’s property, and the spalted alder that was hand-milled for the bench seat backs was a storm-felled tree on that same farm, for example. 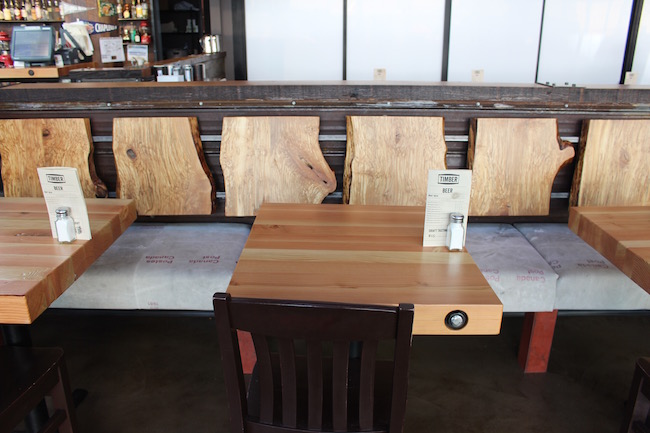 A sawed log serves as bench back, and Canada Post mail bags as the upholstery (Lindsay William-Ross/Vancity Buzz)

“Our philosophy is always going to be ‘use local,’ especially with the food,” adds Whittaker.

The focus at Timber is approachable, family-friendly, hearty fare. Whittaker says in conceptualizing Timber, they were careful to identify a dining void in the neighbourhood and to fill it appropriately.

In part influenced by his own roots–and parents–in Thunder Bay, Ontario Whittaker says Timber makes a great spot to meet up with family visiting from out of town, joking that his own folks seemed more at home in Timber than at Forage. “It’s comfortable for them,” he adds, joking that Timber taps into his “urban redneck” side.

Here, Whittaker and his team have created and are executing an easygoing meld of drinks and eats that works at lunch, dinner, and for a pint and a snack after work or as a last stop before heading home later in the night. They’re cooking until around 12:30 a.m., so it’s also one of the rare spots where you can get top-notch late night eats. In keeping with the laid-back vibe, they don’t take reservations. 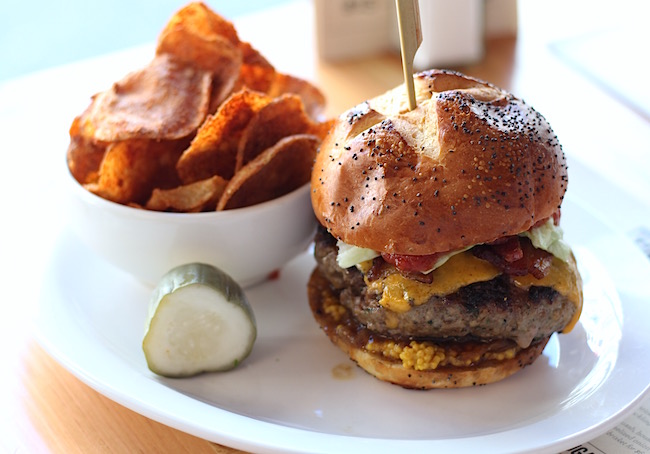 The menu, offered all day, is divided into clear quadrants, including “Meat” and “Not Meat.” Vegans, unfortunately, will want to stick to Forage; vegetarians have a bit more luck at Timber, but the reality is, this is a meat-driven menu that’s all about comfort classics. Here, the cliches of Canadian cuisine play out to their furthest, but savviest, reaches.

Your juicy, oozing bacon cheddar burger is made with a bison patty, and the tourtiere is savoury game meat (elk, on my visit) in a thick, flaky, buttery crust. Tapping into Canada’s junk food claims to fame, Timber serves up bowls of housemade ketchup chips, made with their very own spicy ketchup. We’d all be so lucky to be ripping open those corner store bags of chips and pulling out these salty crisp gems.

Cheese curds are plump and golden-fried, and come with a lemon wedge and ketchup for dunking. They offer a satisfying squeak and, as Whittaker points out, provide customers a very pubby alternative to the standard mozzarella sticks. 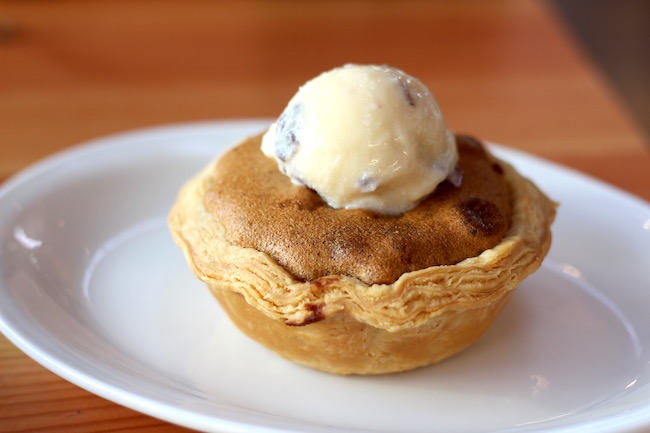 Chicken wings are served either glazed with a spicy maple sauce, or a simple salt-and-pepper style. For dessert, it doesn’t get more Canadian than butter tarts, Nanaimo bars (here, they’re deep fried), or their riff on those famous donut holes, Timbits, called…you guessed it: Timber Bits.

“We really wanted to make sure the food wasn’t the typical ‘rip open a box’ pub food where you throw it in a fryer,” notes Whittaker.

At the bar, craft beers are on tap, there’s a selection of whisky, and a trim cocktail program with some straightforward classics, like the Timber Negroni. 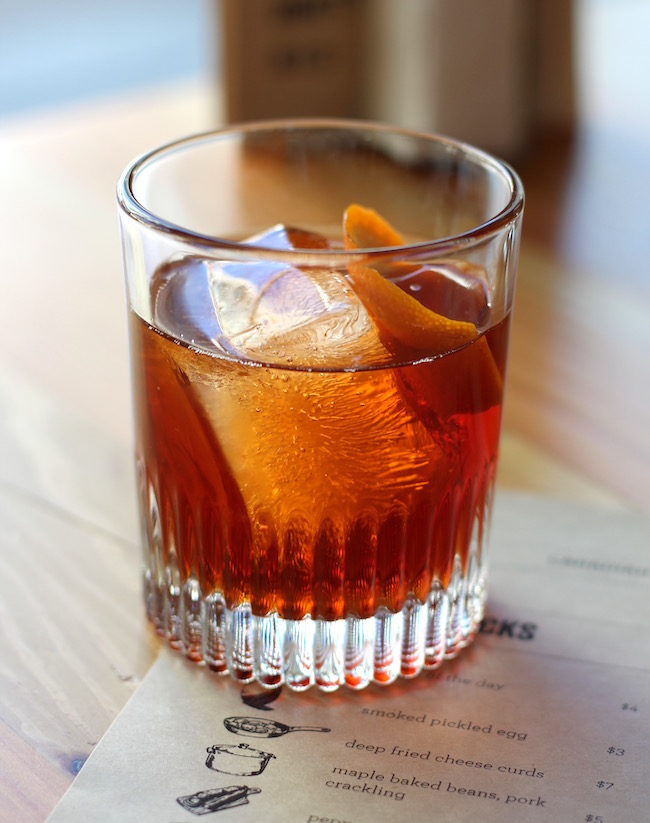 Thanks to a longer “soft opening” phase that kicked off late last year, Timber has been able to fine tune their operation, as well as develop a keen sense of what the customers are looking for, in particular with their daily specials. Meatloaf is popular, as is something a bit bolder like a bison liver and onions. Look for Timber’s specials program to evolve, as well as for their Jervis-facing patio to open up around mid-May, permit willing, in time to usher in the summer sunshine. They’ve just launched a 3 to 5 p.m. Happy Hour, and also hold “Cask Suppers” and meat draws.

Despite the obvious kitsch of the theme, Timber manages to infuse subtle elegance into the food and space, giving the West End and visitors to the hotel, neighbourhood, and city a friendly spot in which to relax and unwind. It’s also a great way for Whittaker to expand his reach with his playful food. “We’re creative on the Forage side,” he adds, “but we’re more whimsical here.” 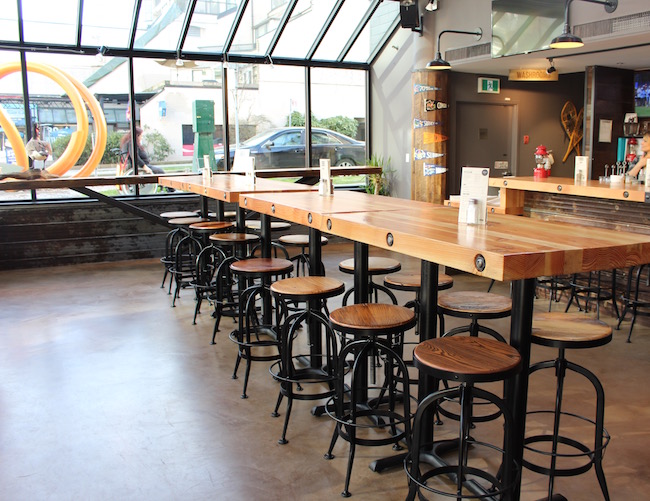 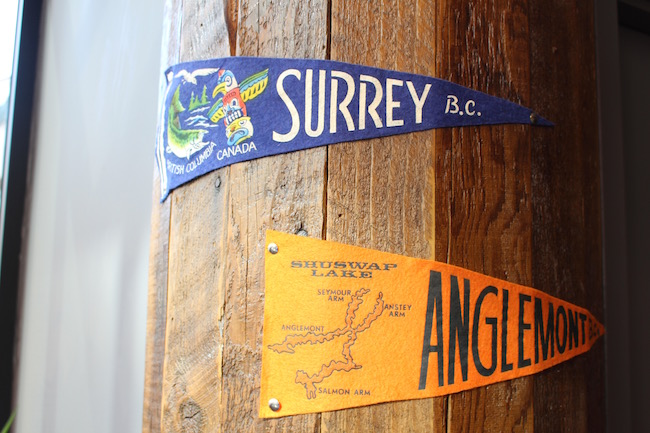 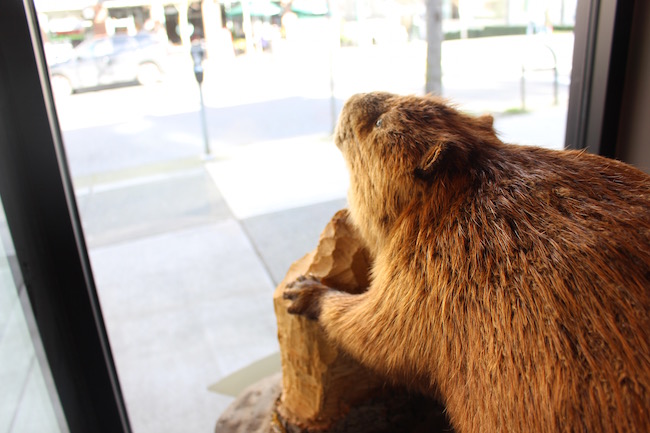 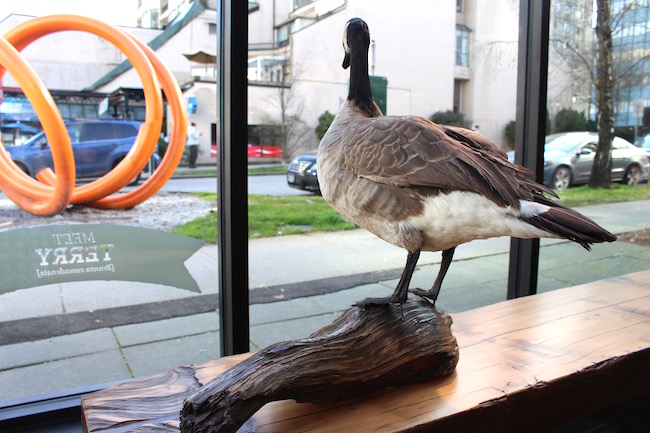 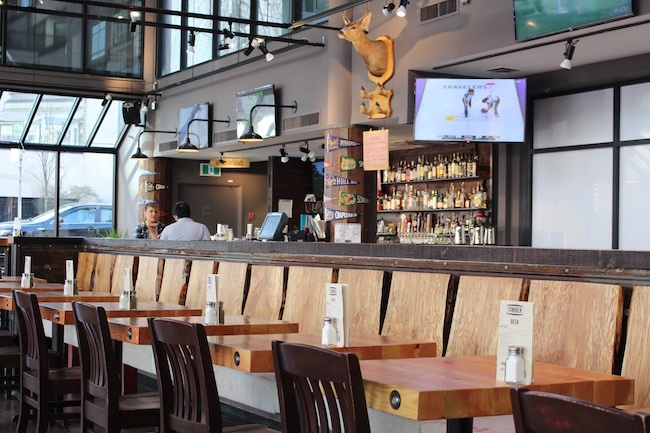 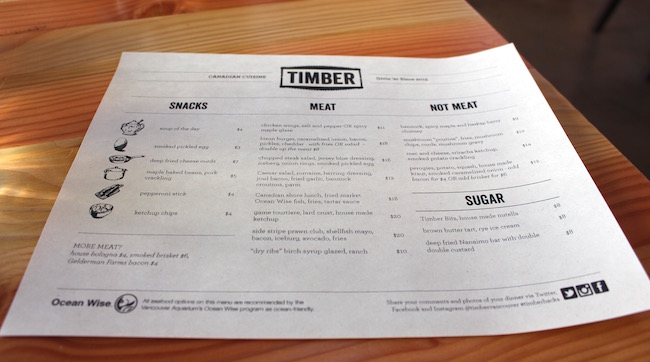 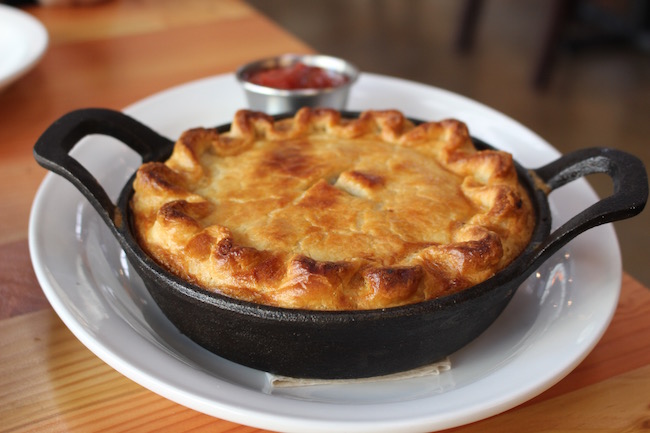 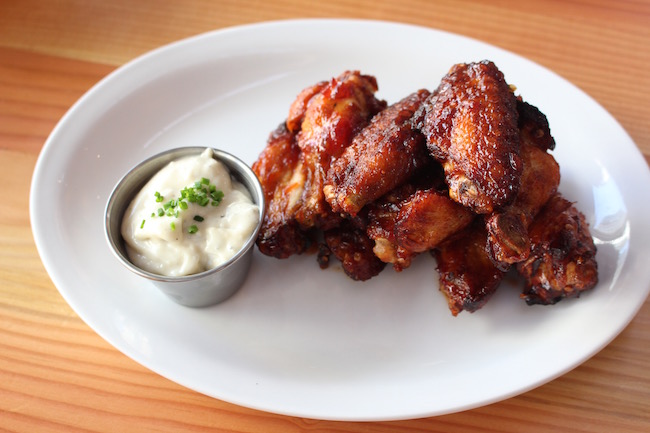 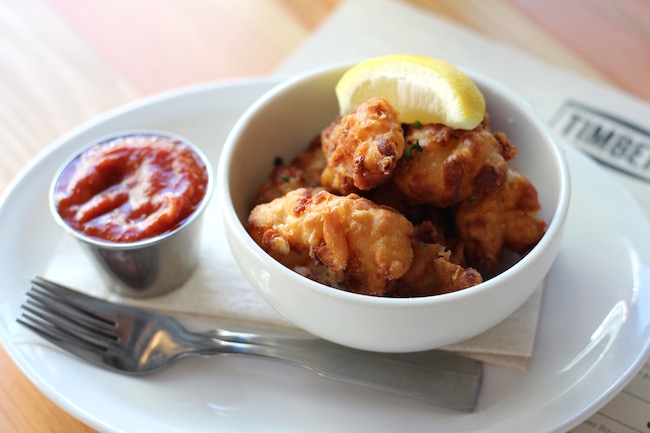 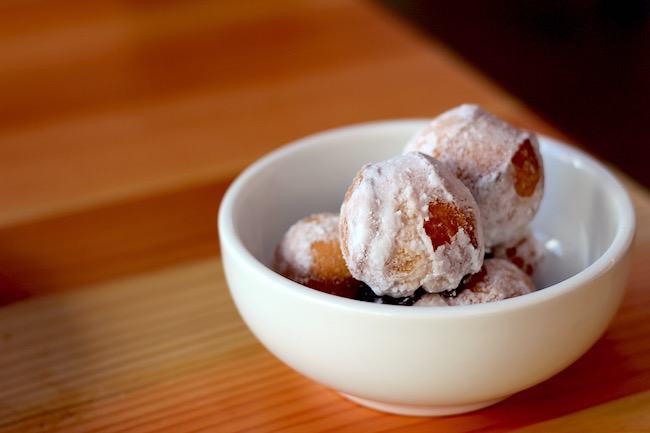 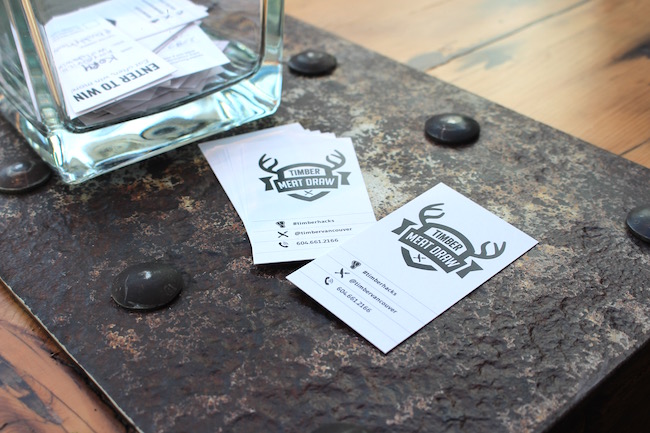