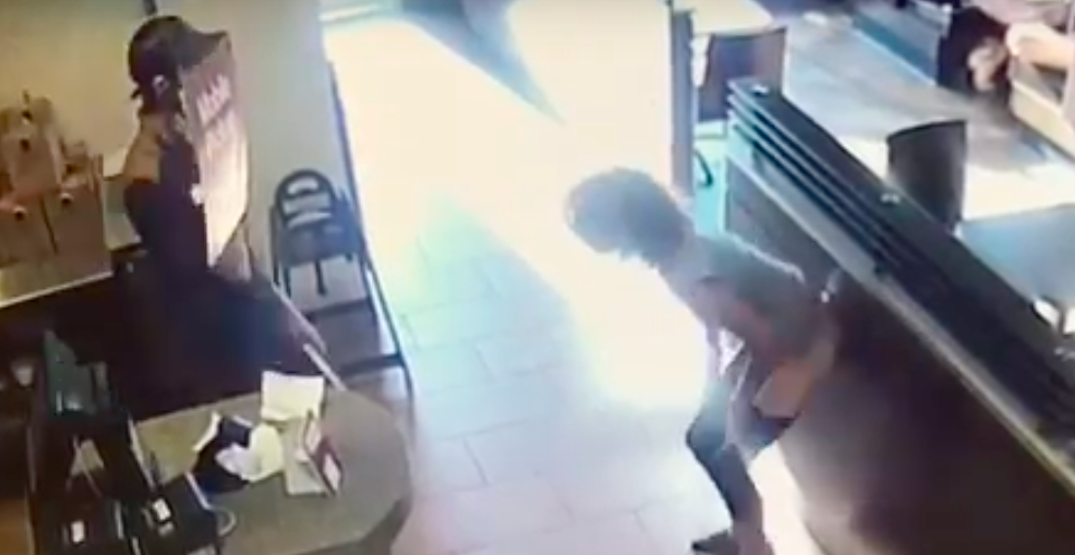 After security cameras at a Langley Tim Hortons captured footage of a woman pooping on the floor of the restaurant and throwing it an employee, the company said it is “deeply concerned” by the incident.

In a statement to Daily Hive, the company said the safety of its employees “is always a top priority for us.”

In “limited” cases across the country, “restaurants have a restricted access policy for restrooms to ensure the wellbeing of our guests,” the company said.

The incident in Langley arose from the fact that the employee “denied access to this guest based on past behaviour and out of concern for the immediate safety of team members and guests in the restaurant.”

As the matter escalated, they said, the employee contacted local authorities for assistance.