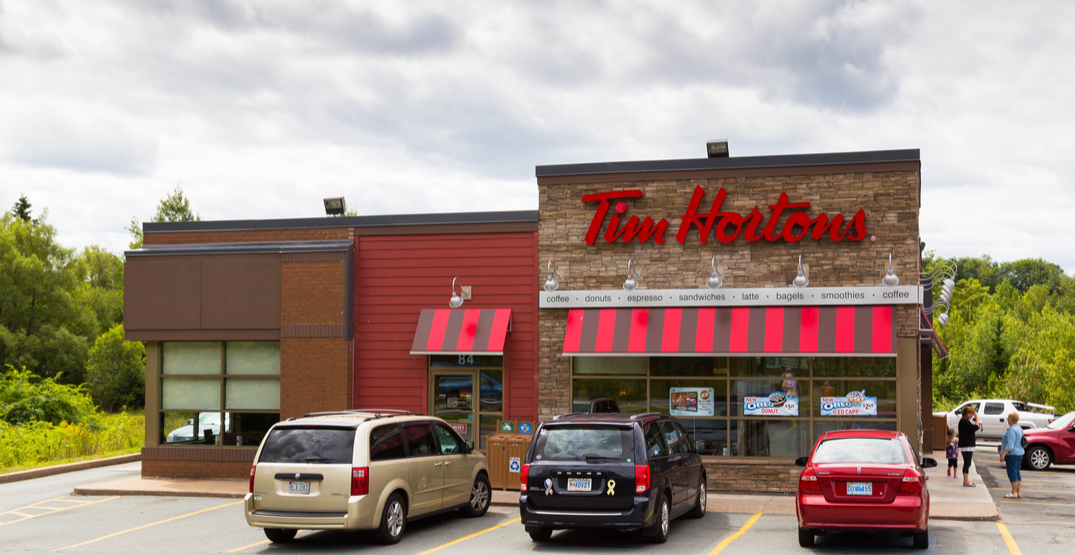 It looks like the national reputation for Tim Hortons is only continuing to fall, as the coffee-based franchise suffers another blow.

The Reputation Institute most recently released the “Canada RepTrak 50,” which includes over 250 nominated companies and more than 27,000 individual rankings.

In their 2017 report, the company clocked in a 13th in the top 50 most reputable companies. This year, they failed to even make the list.

The Reputation Institute’s latest report, reveals Tim Hortons as one of the fastest falling companies. On a point-based system, they feel a total of 5.7 points from their 2017 score. According to the study, any score change of more than 3.1 points is considered a significant difference. 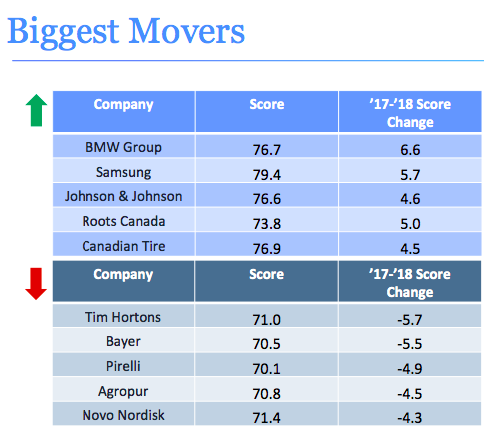 The study goes on to reveal that drop in Tim Hortons’ score stems primarily from a drop in workplace environment and governance. Within the past two years, the company experienced a public dispute and legal action against its franchises, as well as wage and benefit reduction for employees across multiple locations.

Other issues that came up for the company included failing to reward their employees fairly, a drop in concern for employees’ well-being, and a drop in transparency for how the business operates.

According to the reputation institute, Canadian support for Tim Hortons has experienced a major collapse.

The company measured factors such as how likely a Canadian would recommend Tim Hortons, say something positive about the company, give the benefit of the doubt to the company, or even buy the product. Compared to the amount of support received in 2017, all factors decreased by approximately 20%. 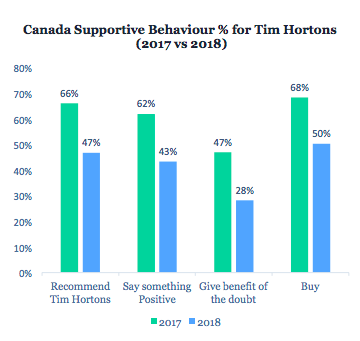 Other Canadian companies still managed to dominate the list, however. Brands like MEC and Jean Coutu Group made their way to the top 10.

Tim Hortons’ further drop in reputation comes after a similar group ranked them 50th in a brand reputation survey, as well as an unfathomable feces-related incident.