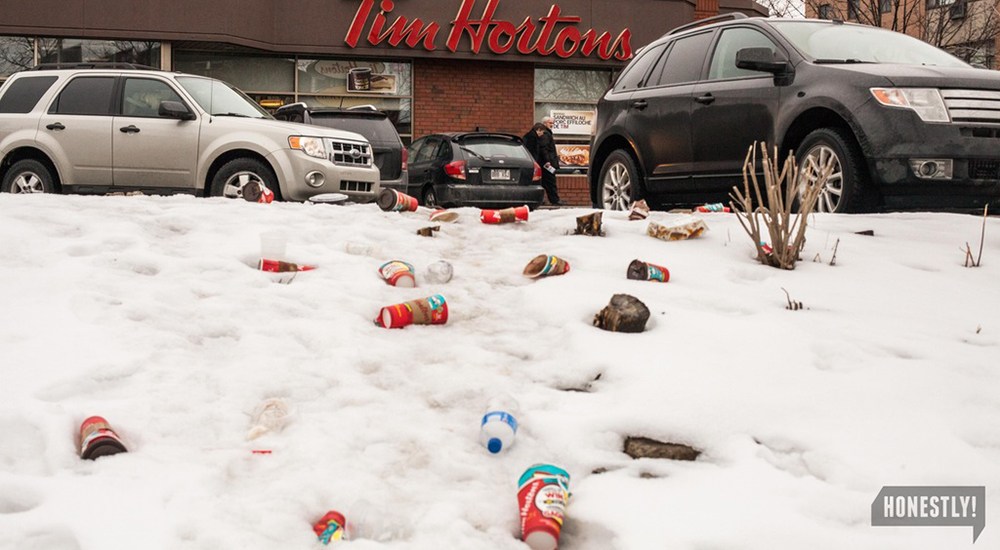 Somewhere between the era of bread bowls and this month’s churro doughnuts reveal, Tim Hortons lost some of its lustre in Canada.

We reckon it had something to do with 2014’s American takeover, when Burger King bought the Canadian faux-bakery chain for $12 billion. The move spurred Maclean’s columnist Scott Feschuk to decry Tim Horton’s as something to be cherished like a sunny day in January.

“Tim Hortons is not a defining national institution. Rather, it is a chain of thousands of doughnut shops, several of which have working toilets,” he wrote.

And slowly we woke up and smelled the third-wave coffee. 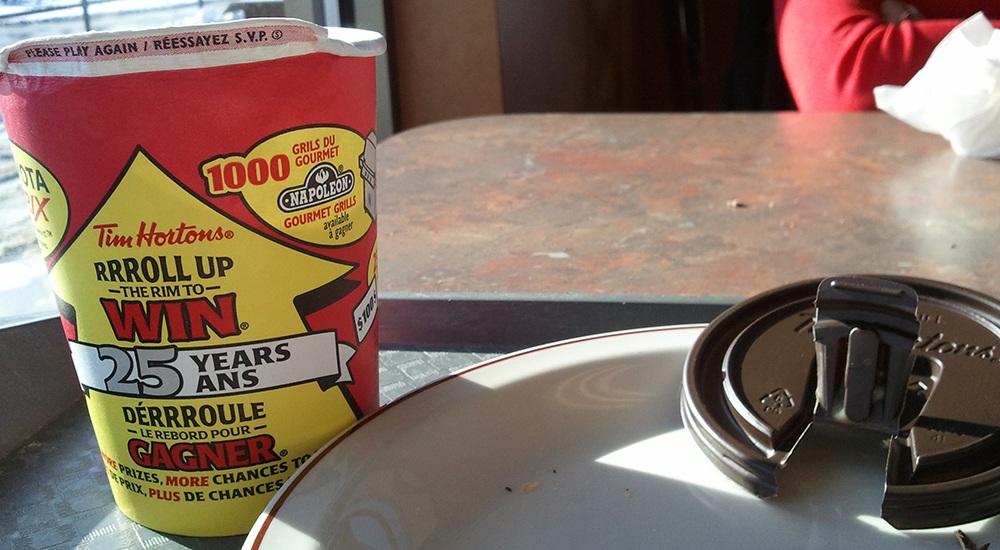 Many recycling plants divert Tim Hortons cups straight to the landfill because they can’t be processed.

Yesterday, a reddit user uploaded a photo (above) that shows about a dozen Tim Hortons cups littered in a snowbank, calling out the company for having non-recyclable cups. The post has racked up almost 17,000 “upvotes,” the seventh-most all-time in the Canada subreddit. The a**holes who can’t differentiate public space from a landfill are really to blame, of course, but the recycling point still stands.

The answer to “can a Tim Hortons cup be recycled?” is a definitive ‘kind of’. Technically it can, “but it is not accepted for recycling everywhere at this time.” According to Tim Hortons’ 2014 Sustainability and Responsibility Report, the most recent edition, the company offers recycling at just 25% of their locations.

Since Tim Hortons cups contain a plastic lining on the inside, many recycling facilities don’t accept them.

“There is extra cost in processing most types of hot drink coffee cups because they’re a combination of paper and plastic,” says Mark Badger, an executive at Canada Fibers. “Unfortunately today, in most places, hot beverage cups, coffee, tea, hot chocolate cups, do end up going to landfills.”

So all that fun stuff from Tim Hortons about in-store recycling programs and working with local waste management companies is mute as a result of, like most things, a design flaw.

Thanks for the blue bins, anyway. But perhaps Tim’s should focus on doubling up on its recycling efforts more than just pouring out double-doubles.