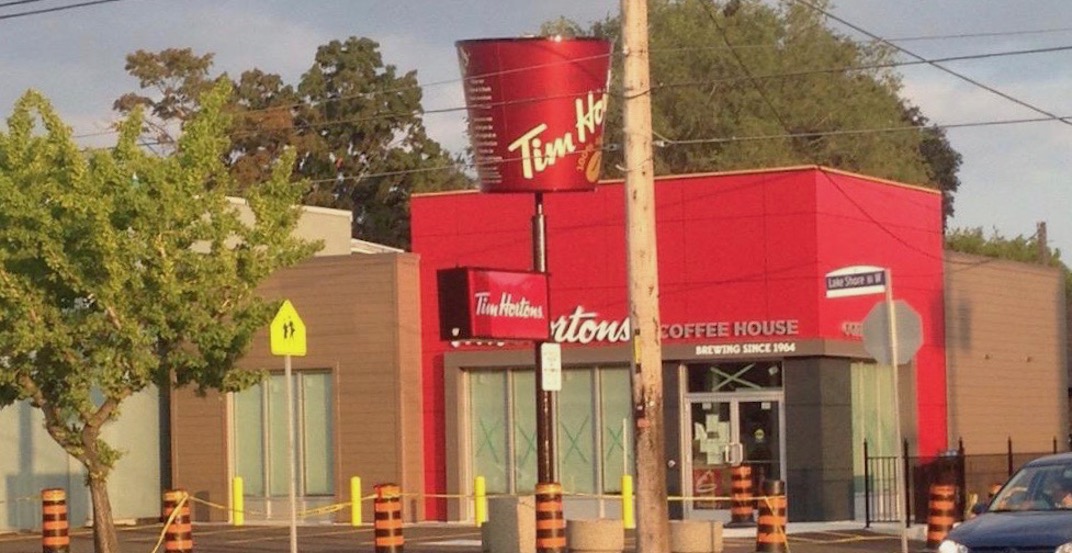 What happens when a Tim Hortons takes over a former KFC location?

The giant bucket of fall-off-bone tender chicken wings transforms into a hot piping cup of Tim’s coffee, that’s what.

And this is exactly the sight you’ll see outside a Tim Hortons outpost in Toronto, ON.

The 3719 Lakeshore Boulevard West spot was formerly a KFC and the franchise owners were clearly ready to make the most of the leftover ‘bucket’ to the delight of patrons who are overjoyed at the comedically-proportioned cup (short and extra stubby cup of Joe, anyone?).

A photo of the location posted on Reddit had commenters wondering if the package was more of a soup cup than a coffee cup.

While this location has been around for years, the buzz still lives on. It’s a riveting debate, check it out for yourself and make your decision.

A Tim Hortons that took over a KFC and kept the ‘bucket’ on the post. from r/mildlyinteresting