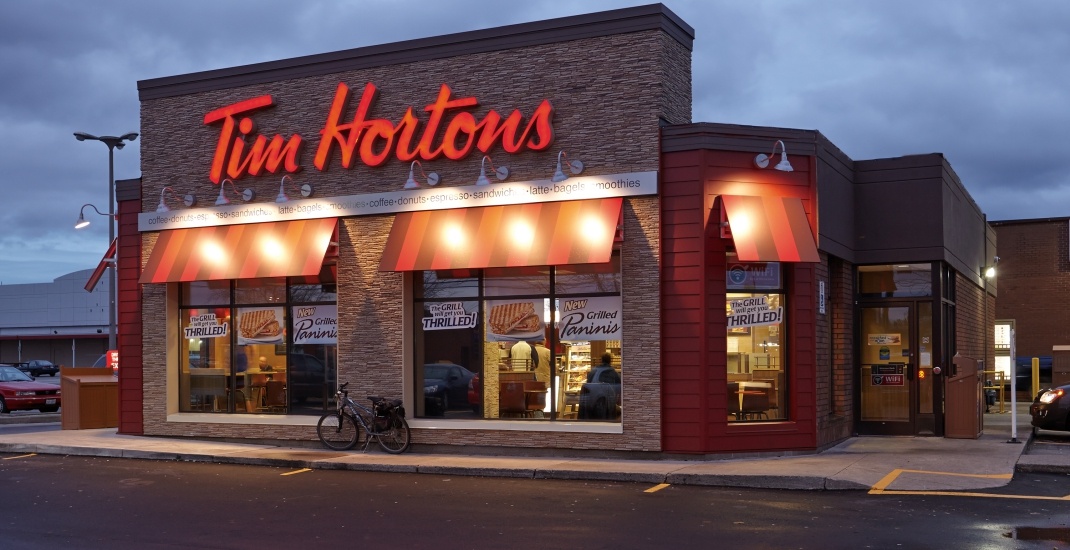 While Tim Hortons has strayed from its “donuts and coffee” menu many times before (think poutine, kids meals, and vegan breakfast sandwiches) this new endeavour is a different beast.

On July 25, the doors will officially open at a new type of Tim Hortons at 130 King Street West in Toronto–the company’s first-ever innovation café.

Located in the heart of downtown at the base of the Exchange Tower, the eatery is described in a release as “a modern interpretation of the Tim Hortons brand” and “is a unique space to test new menu items and technology initiatives.”

The décor and design for the new Tims will feature homages to hockey, inspired by Tim Hortons himself and the coffee shop’s Canadian roots.

And the menu will be another story. Those who visit the new spot will get the chance to try seven different coffee serving methods, including a new “Draft Latte.”

In terms of bites, we’re looking at twelve new “Dream Donuts,” including flavours like Maple Bacon and Crème Brûlée, plus sandwiches including a Tuscan Caprese and Italian Muffuletta.

There will also be a variety of rotating soups, in new flavours like Thai green curry chicken and Moroccan vegetable.

For those who appreciate Tim Hortons for its simple and straightforward approach, this new spot may be a bit jarring. But for the many who opt for a more complex latte over drip, this might just be the place.