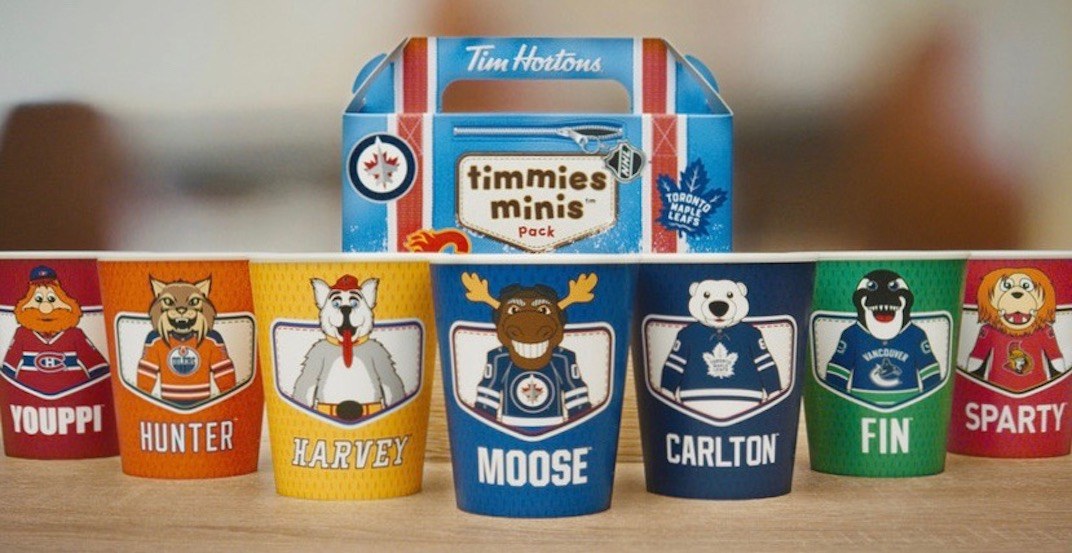 Tim Hortons may be busy opening up locations in far away places like China, but it’s still managed to create the ultimate Canadian product.

The coffee and doughnut chain has revealed a new line of seven reusable Canadian NHL cups, which come with every Timmies Minis pack ordered.

Each cup represents a different Canadian hockey team’s mascot, including the following:

These cups are available for a limited time at locations across the country, excluding Quebec, and 10 cents from every Timmies Minis pack will go towards the Tim Horton Children’s Foundation.