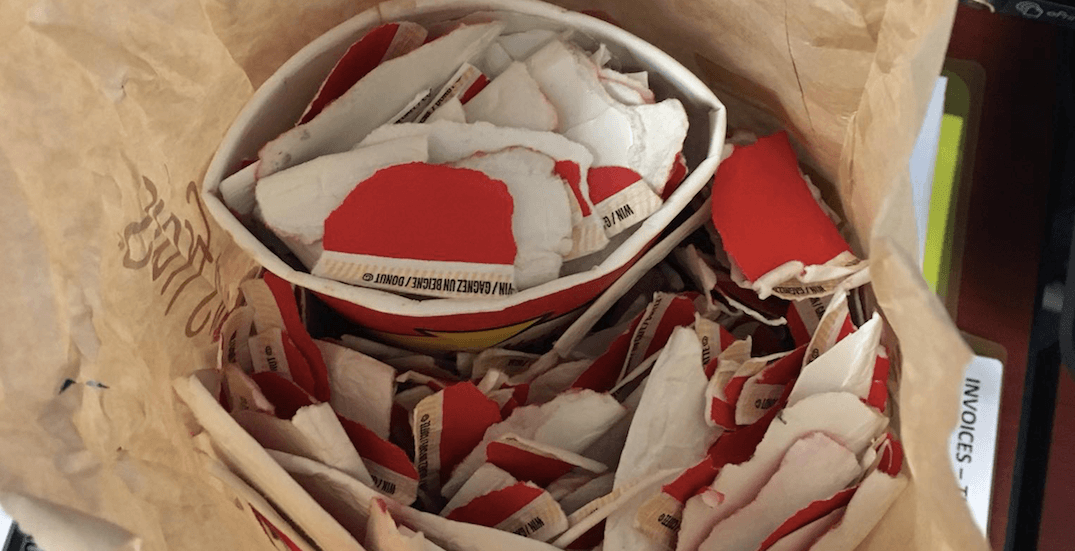 Everyone loves a good Tim Hortons ‘Roll Up the Rim to Win’ story.

Well, how bout a bag of them.

The annual wintertime tradition returned to Timmy’s in February and millions of Canadians have been purchasing their coffees and lattes in the name of potential swag.

As Roll Up continues until March 28, Pamela Murphy went to her local Tim Hortons in Newfoundland on Wednesday for a sandwich and a beverage.

Murphy visited the Paradise location, a town on the Avalon Peninsula in the province of Newfoundland and Labrador, and was handed a bag and her drink. She didn’t get a Roll Up cup, and said she complained because of that.

But her sandwich bag had a little surprise in it.

Tim Hortons had accidentally handed Murphy a bag full of Roll Up The Rim winnings.

“So much for a sandwich at Tim Hortons,” said Murphy on a Facebook post. “It’s a good thing I’m honest!” 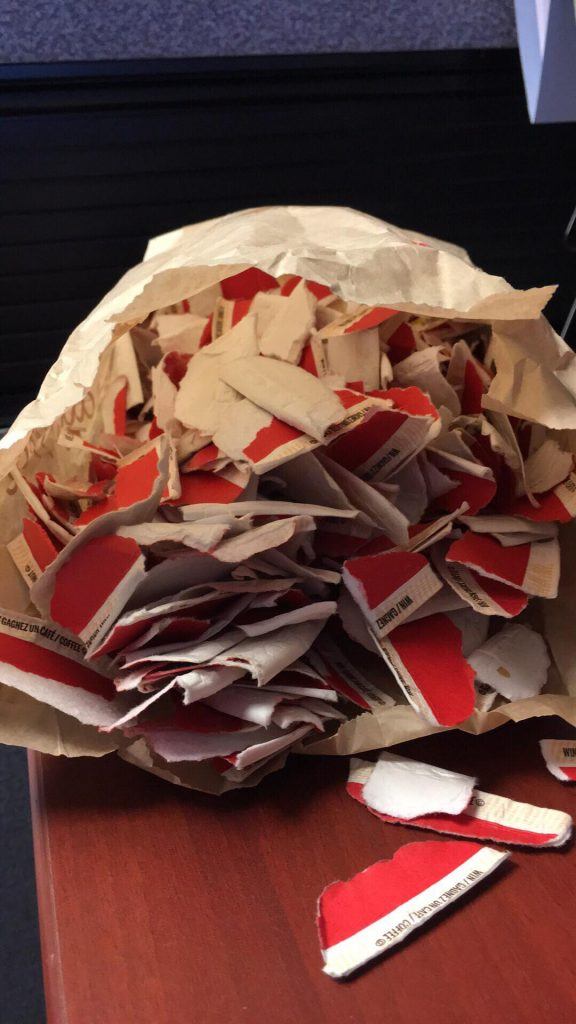 Murphy said the bag had “hundreds and hundreds” winning rims in it, and added that she would return it to the store.

Considering there were cars, CIBC Prepaid cards, and Tim Cards all up for grabs this year, it’s safe to assume… the bag was filled with hundreds of free lattes, coffees, and donuts.

But Murphy’s honesty makes us proud as Canadians.

We hope so too.